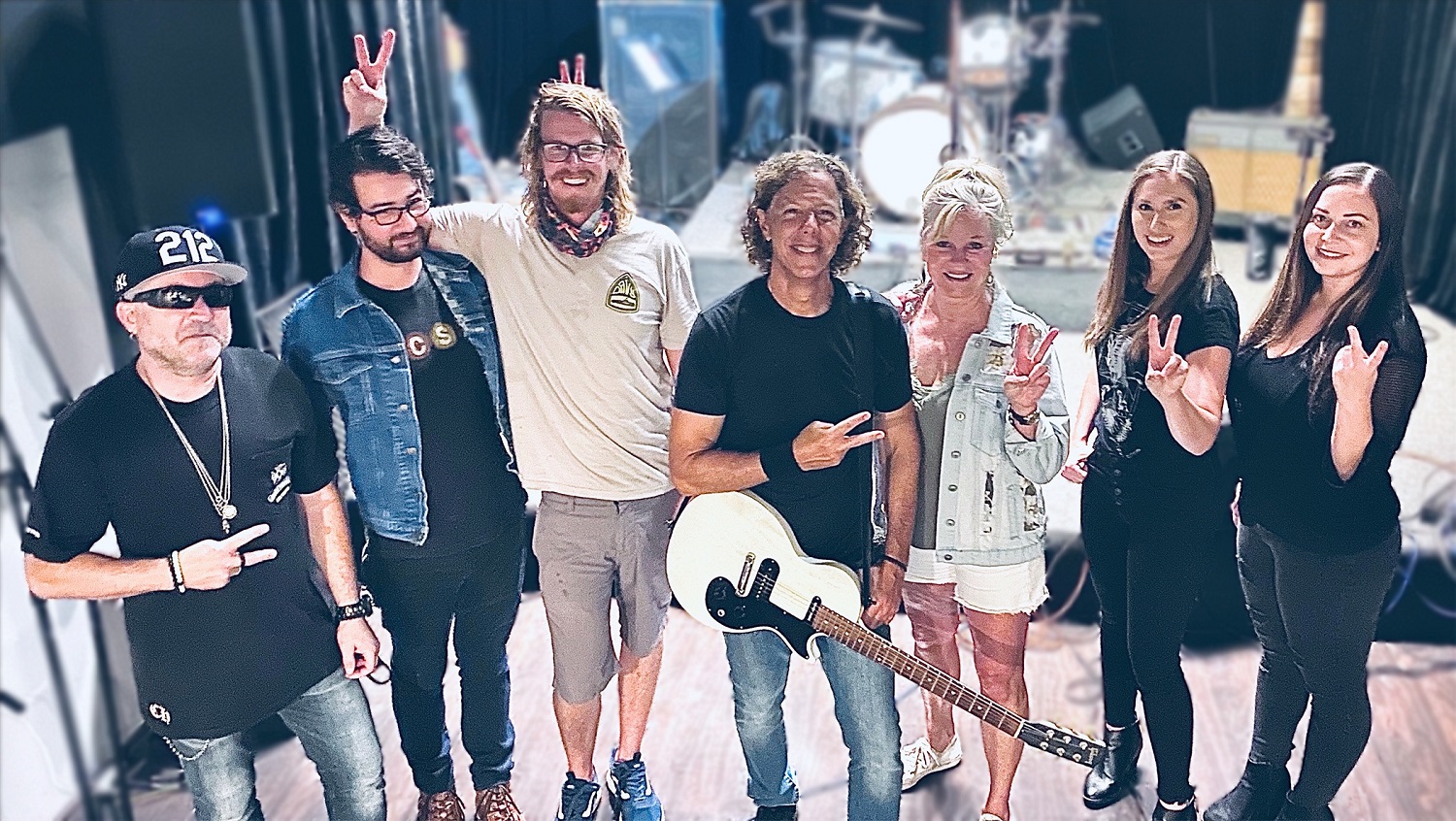 JD & the RetroRyders Have a New Single

JD & the RetroRyders have a new single, but it has two tracks and the band are a fabulous bunch of musicians that span from coast to coast. They play power pop rock at its finest and keep rooms filled with their vibrant sound. The “twoferu” single, as it’s called, is a delightful couple of rock songs, one of them being of the traditional American radio sense and the other more of the easy listening, yacht rock sort of speed, but there’s no need to call it any of these categories. It’s still rock ‘n roll based, and that’s the whole ticket they’re selling.

The RetroRyders are a band backed by Joe DeMeo, a seasoned vet of the scene, and the line-up is made up of Al Lepson on lead guitar, with DeMeo’s girlfriend Wendy to duo with on vocals while also backed by the harmonies of Nicole Kubis and Nicole Perreira. And the full ensemble is completed by Mike Willson on drums and Adrian Sanchez on bass. The single “twoferu” is their second release as a band together, and the follow up to their six-track debut EP, and it features “The Fire In My Fingertips” and “No Secret.”

The backstory of this band starts in Long Island, NY, where JD originates from, but lead guitarist Al Lepson also comes from New York but wind up together in Huntington Beach with the other players for what is a great group of players bot in the studio and live on stages. The spirit of rock lives in a band or you have to force it and that is not what JD & the RetroRyders do, they go with the flow and do what’s natural, which is what they were born to do and that is rock with an all around sense of purpose.

“Fire From My Fingertips” has all the fire and brimstone of the heavyweights without being heavy handed at all, it just rocks along with an energy it takes to achieve that and more. This song starts off with a smoking hot guitar riff and then eases into a more pop constructed melodic song about life on the road anyone can relate to, especially if you’ve been out there doing what they do. I can hear this rocking any crowd from here back to the east coast, and all points between. Nothing to it but to push play and hang on.

“No Secret” balances the two tracks out with a more subtle piece of work that seals the deal and gives you that much more for the money. It manages to compliment “Fire In My Fingertips” but not trying to top it, but instead go around it with something of a surprising nature on the rebound of a more rocking opener. This combo can go either way no matter who does it, but it harkens back to the day when you’d buy a 45, usually knowing something about one of the tracks, but the b-side always a mystery and you still wind up loving both. Try “twoferu” and see what I mean.