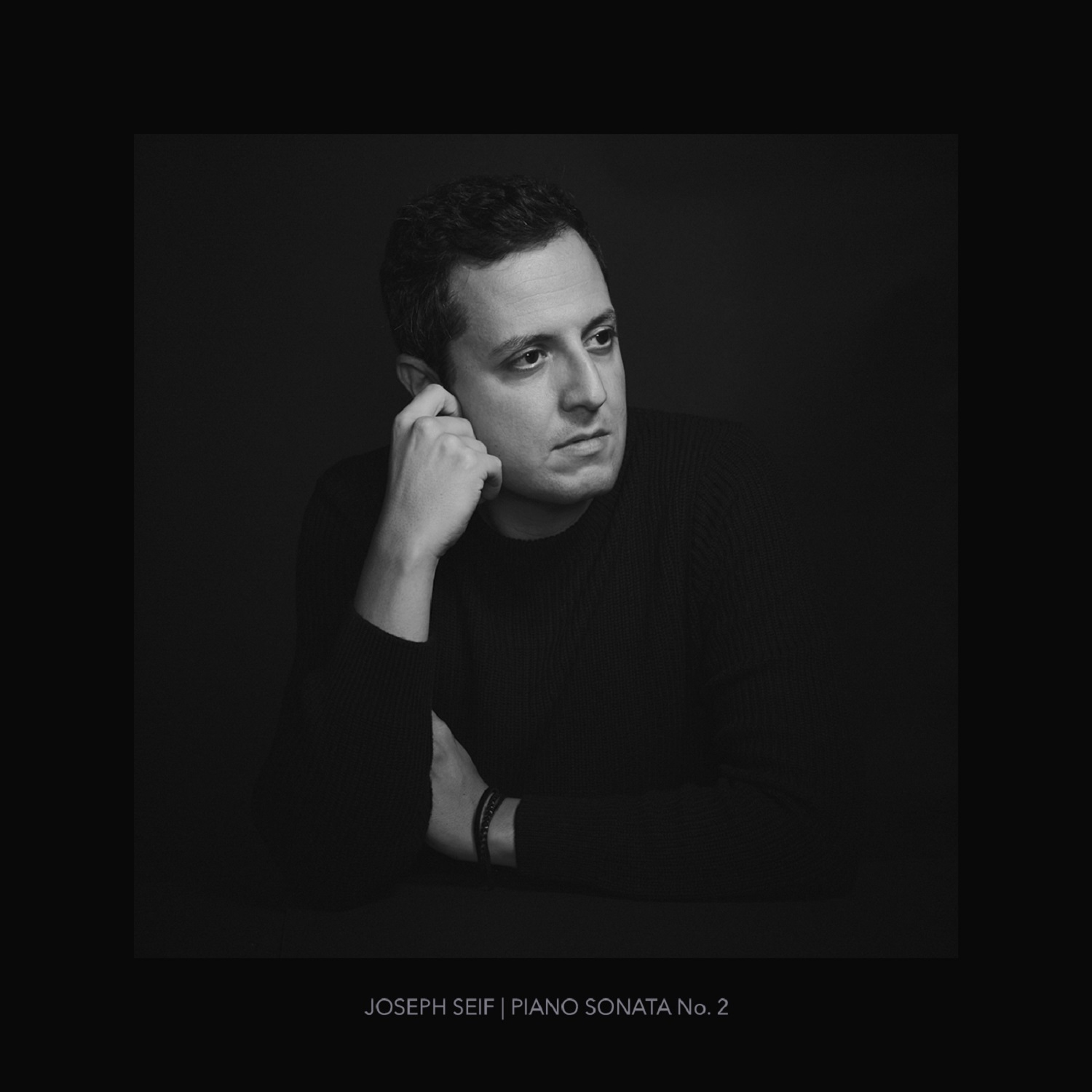 Drifting through the air with the delicacy of a feather, piano keys lust after one another in a tizzy as “Piano Sonata No. 1: II. Andante in D Minor” begins to play, and as this second movement in Joseph Seif’s Piano Sonata No. 1 continues on, it becomes quite clear that contrast is of upmost importance to Seif’s playing style. Whether he’s approaching us with a hint of somberness in his melody or driving home a part with as much fury as one would see in a smoldering flame, he’s organizing different elements together in a single force both in this record and its sister piece Piano Sonata No. 2.

“Adagio in A Minor,” from the first Sonata, and the third movement in the second, “Allegro Assai in C Minor,” see Joseph Seif refusing to utilize the same technique twice, and for better or worse, he increases the tension in the music by keeping things unpredictable at all times. We’re never quite sure where Seif is going to take us next; whether it be a dark path in “Piano Sonata No. 1: III. Presto in A Minor” or a slightly sunnier road in “Piano Sonata No. 2: Adagio in D-Flat Major,” he’s careful to avoid repeating a theme in both of these releases.

One thing that I love about the second Sonata is its ability to provoke thought in the most obscure of moments. The staggered descent that kicks in around the 0:50 mark in “Piano Sonata No. 2: Allegro Moderato in C Minor” is almost brutally pushy, but it unravels into a melody that is as rife with angst as any I’ve heard on the pop side of the dial lately – if not a touch more. The only downside to this is, at least when interpreting it critically, is that we’re never given much of an opportunity to consider what Seif himself is trying to say in these moments as much as we are what we’re feeling in the midst of the provocative sonic pulsations.

Setting the production quality aside, the instrumental prowess Seif displays in the epilogue tracks “Adagio in A Minor” and “The Fountain at Huntington Park,” both included on Piano Sonata No. 1, might actually be a little too overwhelming for non-classical fans to hear back to back. It isn’t that he’s being particularly showy in either of these songs, but that he’s joining so many components together at once, creating a melodic wave impossible for even the most tone deaf among us to be unaffected by.

Ambitiously crafted but not overreaching by any measurement whatsoever, Joseph Seif’s pairing of Piano Sonata No. 1 and Piano Sonata No. 2 was tailor-made for classical music fanatics of all ages, and if you didn’t already take some time out to do so in 2019, I’d highly recommend picking either or both up this January. Seif does some amazing work in these two records, and while they’re geared more towards the enthusiast than the average Joe, their target audience will likely find it to be a wonderful treat.