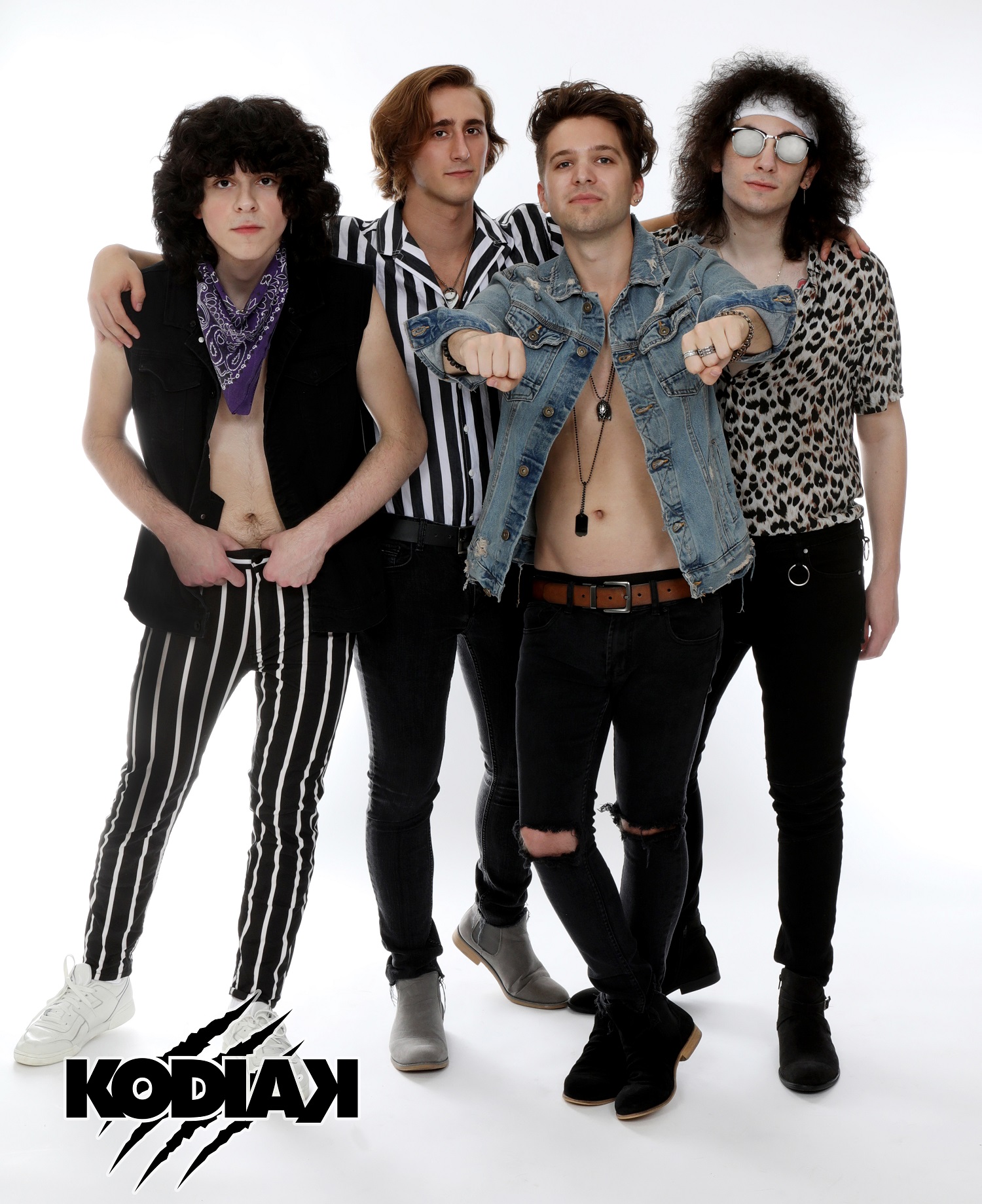 New Jersey’s Kodiak first formed in 2018 and are due to release their debut album in the fall of 2019. Hard rock fans are already buzzing about the four piece thanks to two exceptional singles offering an early peek at the forthcoming collection – the first “Goodbye” stoked considerable enthusiasm for their fresh and energetic take on the style while the new single “Alone” doubles down on their hard rock credentials. The new single isn’t quite as rugged as its predecessor – Kodiak show great talent for crafting anthemic guitar rock without ever succumbing to hamfisted clichés. Their sound and tone is recognizable, but all their own in the end. It takes immense talent to tackle long established forms and formulas yet manage to restate them in a way that shows individuality. Kodiak succeed with room to spare.

Much of it comes from the way they make small things matter in the grander design. They have musical chops, without question, but Kodiak avoids the sort of grandstanding virtuosity often common in the hard rock genre. Even a single listen to “Alone” clarifies their intentions. This is a band who are concerned, first and foremost, with writing and recording exceptional songs rather than gracing covers of guitar magazines and overindulging guitar geeks with shred fests lacking any songwriting value.

Their gift for crafting memorable choruses is apparent. There’s simmering energy sparking off this song from the first climaxing with a stirring refrain that will bring audiences to their feet. It isn’t a cheap moment however. Kodiak gets there by skillfully building the song’s dynamics and playing together as a band rather than three players and a singer pulling in different directions. Their performance approach, even in a studio setting, has a coherent and unified sound. They are confident of their ability to produce straight forward hard rock full of energy and spirit.

The vocals are the song’s crowning touch. Kodiak utilizes solid backing vocals for the chorus, but the lead vocal carries the verses with near joyful verve. It is the critical exultant piece in an inspired musical puzzle and leads the band’s hard charging attack. The guitar playing matches the vocal each step of the way, however, and creates a dialogue of sorts with the lead vocals like the best hard rock bands often do. The rhythm section holds the lower end together with muscle and sturdy persistence.

Produced by the band’s co-manager legendary rock drummer Carmine Appice, these talented young men are guided by canny veteran leadership who know how to present and frame their skills in the best possible light. Kodiak offer up, as well, a first class video mixing animation with live action footage to accompany the video and it underlines their boundless love for the music and growing confidence. There isn’t a hint of self-importance coming through in the way they carry themselves; they truly seem like a band of like-minded personalities sharing common goals.

They may not be remaking the musical wheel with this song or any others from their pending debut, but it isn’t in their mission statement to do so. Kodiak, instead, reminds audiences that rock music is far from dead – there is a new generation ready to pick up the mantle of those who came before and carry it further on with style and substance all their own. We will hear a lot more from this band in years to come.