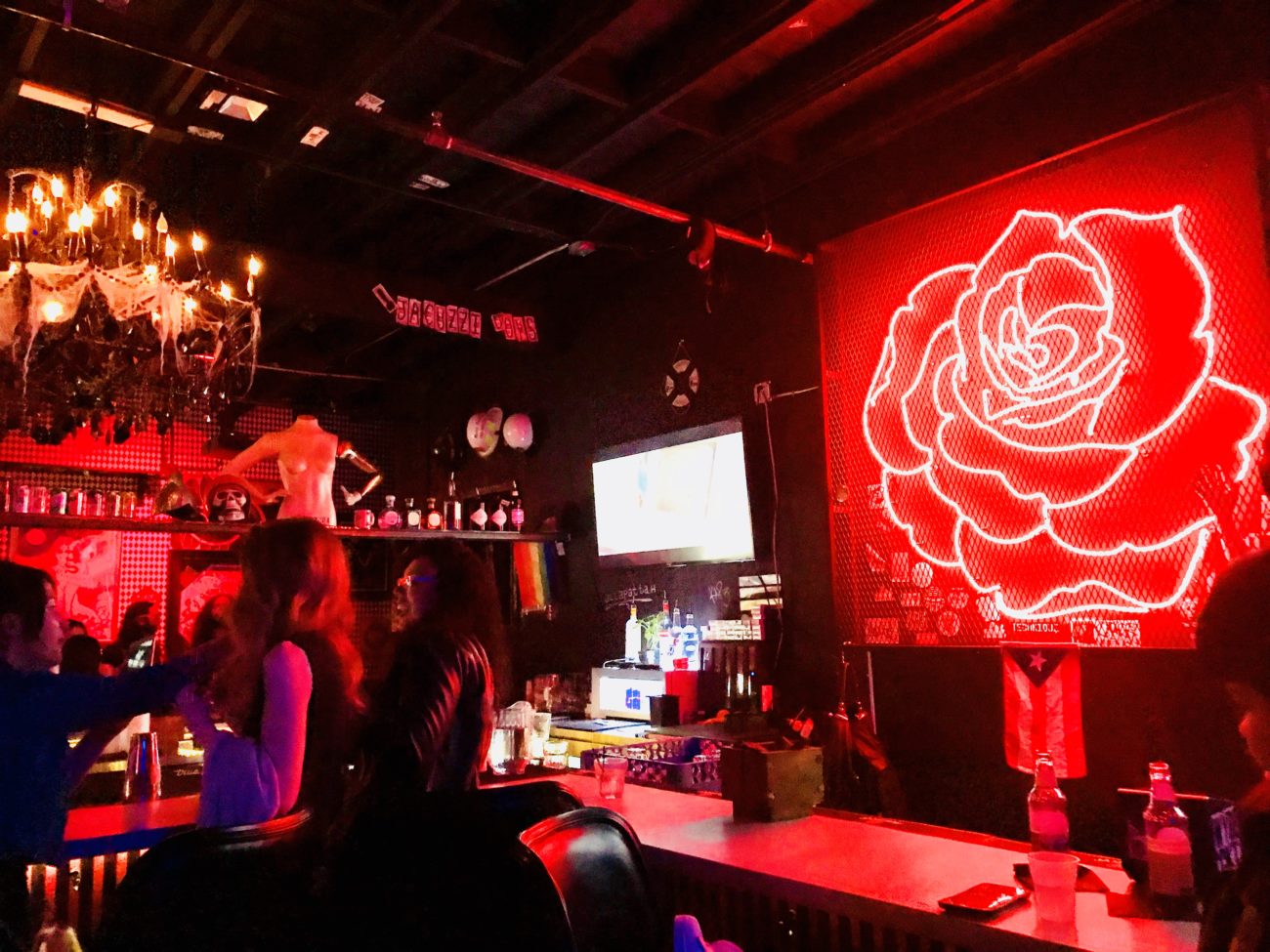 Las Rosas has come a long way from its humble beginnings as the counterpart to what once was a shared space with hip hop club B-Side. Like the rebellious sibling to Wood Tavern, owner Cesar Morales conceptualized the Allapattah dive bar to counter the Wynwood mainstream with a rock ’n’ roll attitude. And it’s that attitude, that in  less than a year, has quickly made Las Rosas a local favorite hangout spot.

On any given night you can expect a great selection of jukebox music from patrons, ranging from 60s rock to 90s pop or simply head over to the back room to catch any number of local live bands or DJs spinning. One of the bar’s most outrageous nights is the monthly Gender Blender party, showcasing LGBTQ+ musicians and queer talent, the punk art rock and drag shows are some of the best in the city! Other rotating parties like Britpop night Tigermilk and Party Planet’s pop up experimental dance party keeps the bars roster exciting, and most importantly keeps the folks dancing.

In celebration of their first year anniversary Las Rosas is pulling all the stops with a stellar 10 band line-up, ranging from local rock’n roll dogs The Talking Dogs to psychedelic garage rock from Plastic Pinks plus Jacuzzi Boys‘ DJ Goldie Brown will be on the decks. The party starts at 5pm and runs through the next morning 5am with Jolt Radio broadcasting live and Cheap Miami Records recording a live mixtape throughout. Shop some killer threads from vendors like Dopedoll Vintage, Venom & Hell and pizza art by Hallowed Be Thy Slice. There will also be a drum off battle with cash prizes, and like any good Miami party croquetas will be served, in the form of delicious crispy balls by Masa Craft. 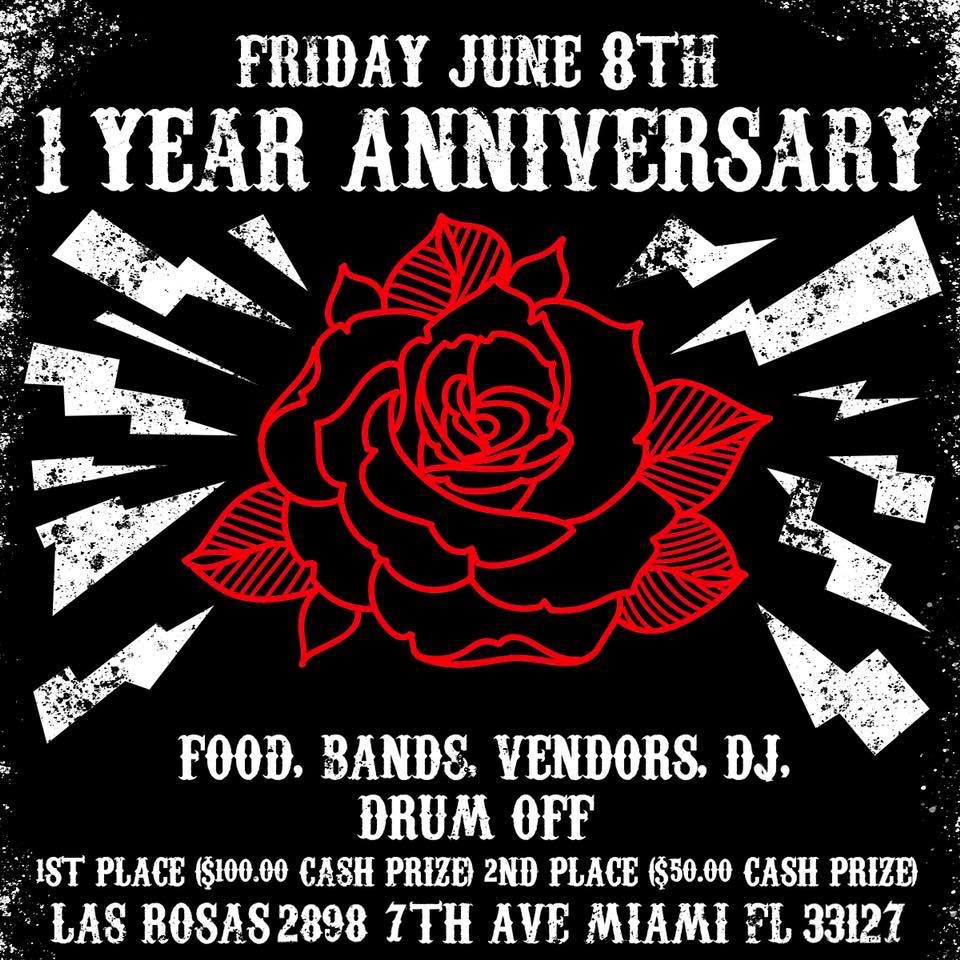