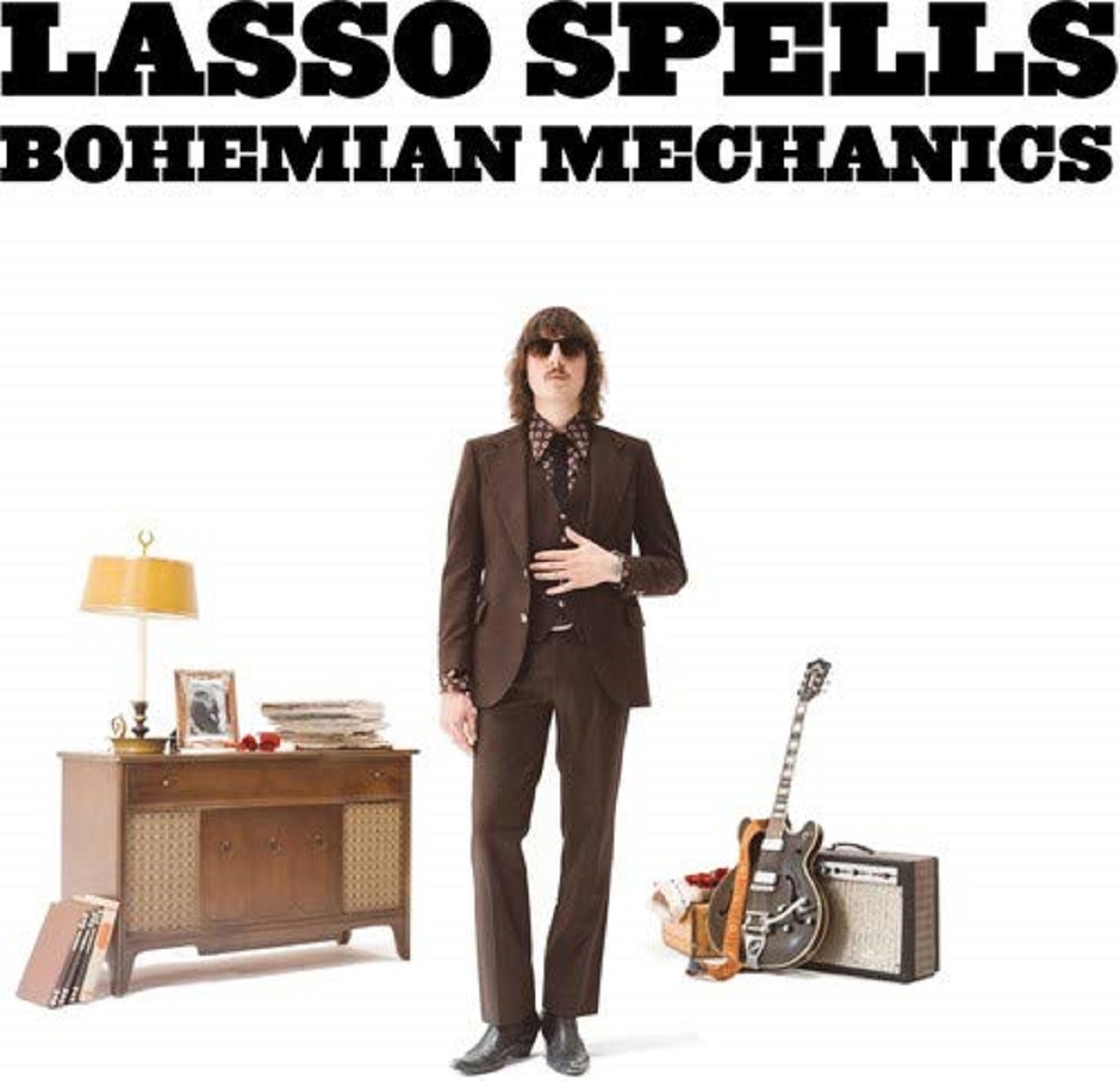 There’s an infectious energy surrounding the entirety of Lasso Spells’ Bohemian Mechanics that’s impossible to ignore. Even the moodier, mid-tempo numbers like “Yeah Right”, “High Tide”, and “Island” have a lively sense of melody centered on Brent Dudash’s singing and the guitar work. The guitar playing focuses heavily on distortion and reverb but their near continuous use doesn’t impair listener’s enjoyment of the material. There’s definitely a melancholic air haunting the sonic landscape of “Yeah Right”, but the straight-forward guitar melody has such unassuming grandiloquence that it adds more weight to the performance as a whole. “High Tide” has a slightly folkier line of attack than we hear from much of Bohemian Mechanics, but it’s nonetheless fitting and quite successful.

“Island” has a stronger noise rock pedigree, but don’t let my labeling as such to be misleading. It’s much closer, in spirit, to the sound of Neil Young’s work with Crazy Horse or amped up sixties fuzz guitar rather than Sonic Youth or their ilk. The two best outright rockers on Bohemian Mechanics, “Be What You Want” and the album’s last cut “Un Deux Trois”, are carried largely on the backs of commanding Dudash vocals brimming over with charisma and canny dramatics, but the songs pack enormous punch. “Poppy Seed” has a much more psychedelic edge, hazy and dream-like, than the aforementioned songs, but the intense emotional wallop Dudash continues to bring to the vocals gives a level of definition to this song that material like that often lacks.

“There It Goes” is another example of how Lasso Spells so often lives up to their billing as a stylistic chameleon. It has a thumping rock pulse without ever veering into cliché and the cool confidence behind Dudash’s voice cuts through the mix again with a striking performance. We reach another chaotic high point on the track “Slangin”. Lasso Spells never takes things too far, however, and bringing things to the bleeding edge without going overboard creates its own tension that helps define the tune. The stormy bite of Dudash’s singing has a rough sound that fits song’s musical character well. The aforementioned second rock peak on Bohemian Mechanics, “Un Deux Trois”, may surpass even the opener. The strutting embedded in the music, the clenched fist quality of the song’s arrangement, and another fiery vocal courtesy of Dudash comes across like gangbusters from the first and holds up under repeated listens.

Bohemian Mechanics will stand the test of time as well. The melody rich track listing has enough snap, as well, to burn the songs into our memories and the final payoff is Brent Dudash’s vocals. He sings from somewhere deep inside and the phrasing works its way under your skin without ever hitting listeners in an overwrought way. Lasso Spells has an impressive debut to their credit and thoroughly avoids any sophomore jinx with Bohemian Mechanics – Dudash has turned in a barnburner of an album packed with razor-sharp songwriting and a hard-edged palpable confidence that sets it apart from anyone in the field.