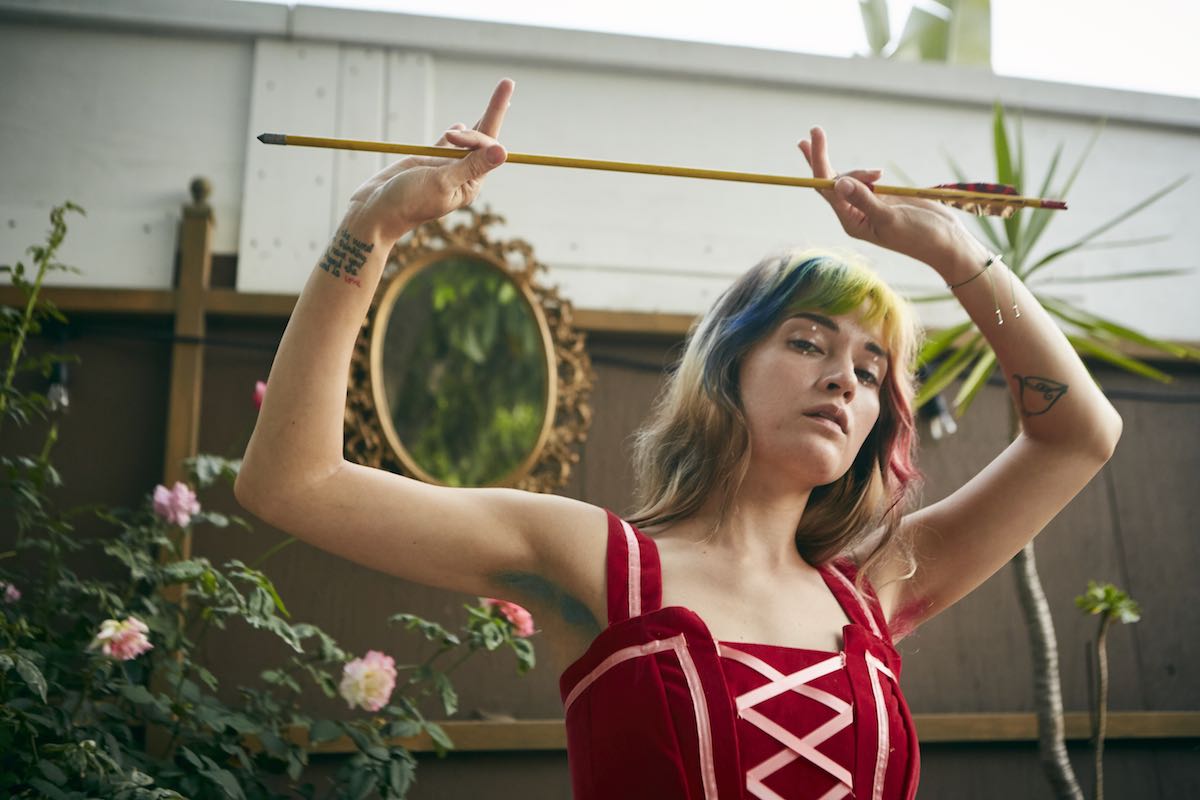 Lauren Ruth Ward has released another single. ’Hungry Barber,’ a departure from expectations and their normal flow, reveals a new extent to the LA songbird. The band also just announced their West Coast tour, taking off at the end of this month!

For the past three months, Lauren has been releasing singles every few weeks. First up, the powerhouse ‘Valhalla’, followed by introspective ‘Pullstring’, and now ‘Hungry Barber’ which is a 1 minute and 30 second stream of consciousness mantra. This song is a moment; a first take production between Lauren and her partner in crime, Eduardo Rivers. An upbeat, somber guitar leads us down her thought process, while we’re floating on hums that drawl beneath her melodies.

“Tell me your theories I’m just waiting to believe them. Will your magic mouth be speaking?” – Hungry Barber, LRW

A psychedelic rock queen, all of Lauren’s music takes you to new heights and frees you from angst, letting you float on colorful melodies and scattered grunge. ‘Hungry Barber’ is no exception when it comes to the release in Lauren’s vocals, and it unfolds into a raw, emotive march. “The main percussive elements were done by tapping and flipping the pages of my song writing journal. First pass, stream of conscience lyrics about the inner dialogue when chasing the night.” Lauren and Eddie produced this song together, aiming to create the ‘anti-thesis’ of what songwriters are typically expected to achieve: a brief, unedited moment in time that lives within multiple genres, birthed from nothing but pure honesty.

Follow LRW on Instagram for more updates and catch them in LA at the Natural History Museum on May 3rd, or on her West Coast tour: