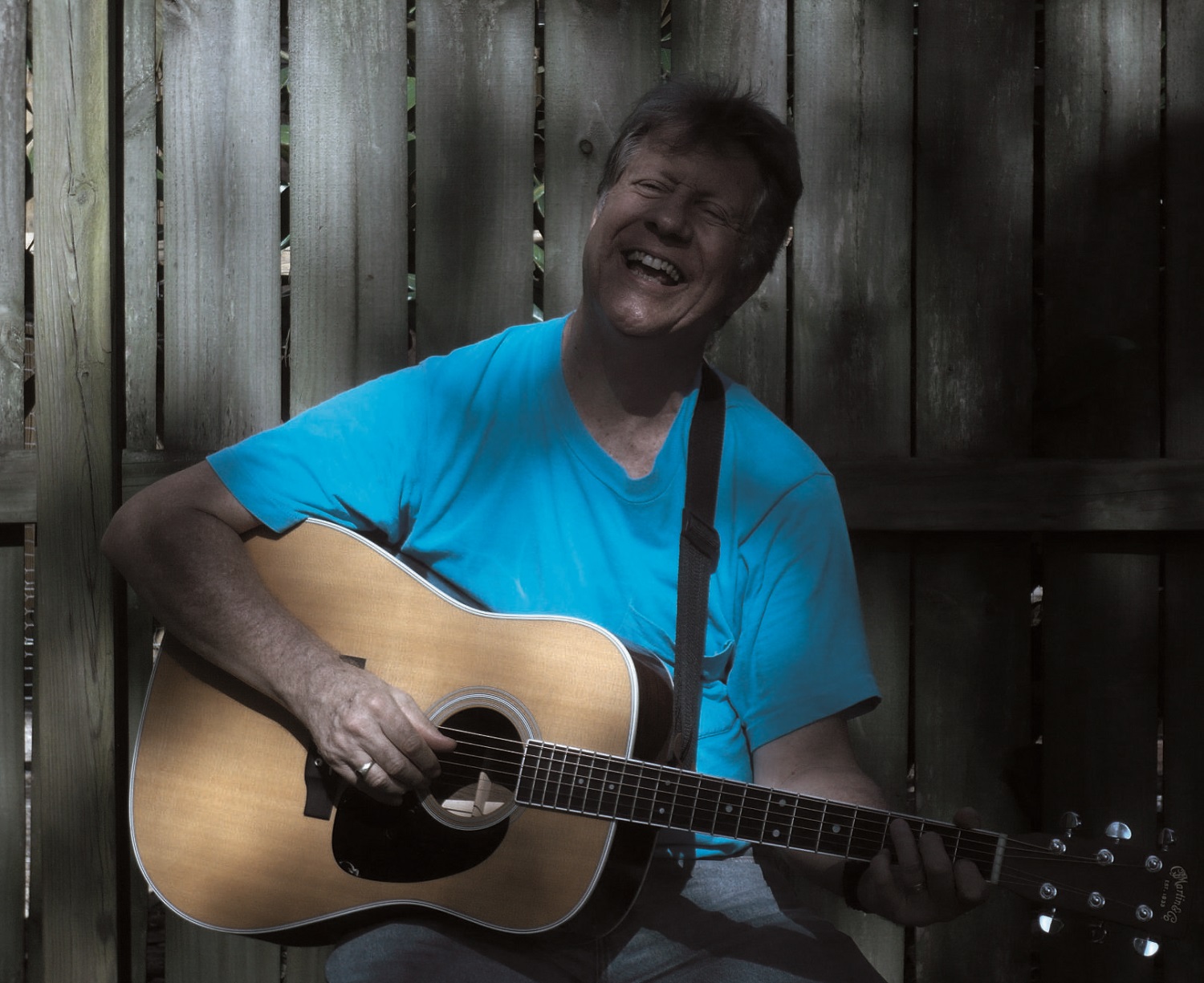 Lawrence Lynn’s “From Down Home”

A beacon of truth, a teller of daily life, hopes and dreams – folk singer Lawrence Lynn grabs hist listener from the first note and never lets go. His album From Down Home features some interesting twists and turns on traditional music, as well as his original music full of character and passion. A rugged voice, a simple acoustic guitar, Lynn does so much with very little.

From Down Home is a 11-track self-released album. Now based in Florida, Lynn has previously divided his time between the Sunshine Stat and California. What makes this bi-coastal approach evident in his music is his social commentary on things such as gasoline shortages, unemployment and self-reflection.

The opening track “London Bridge Again” is a new take on the nursery rhyme “London Bridge”. Lynn’s rugged vocals, sounding more like a man that has lived a full life of stories and people watching, sing “London Bridge is falling down…I have never seen your face…all the spirits have gone free…I have never seen your face, but I know you.” As a listener I interpreted these words as the idea that thought we’ve never met someone in person, as in a person across the globe, we know them because we’re both human. We’re in this together (quite timely!).

“Scarcity” has the sing-along chorus “let’s ride, let’s ride”. The third track, “Looking In You” is a brilliant, sage song. His guitar is gentle and he picks up the pace a bit more in this one.

As the album progresses, so does the realization that Lynn collides the sounds of Neil Young, John Prine, Jim Croce, Don McClean and more. In track eight, “The Man That Cannot See” the piano work is organic, his voice a bit more shaky, adding a bit more dramatic. “I showed you the meaning of what is left and right, and I took you right into me to jump into the fight…” and there begins a stirring music bed with gentle strings.

MORE ON THE ALBUM: https://www.lawrencelynn.com/new-cd-from-down-home.html

One other standout to From Down Home is the final track, “Street Singer”. Lynn sings “I can’t talk to everyone, so I wrote this song instead, and I took it to the publisher, so you could hear it too, on a chance that maybe my music could do some good for you, but they gave me back my music, though they said it liked it well, but it’s just not commercial boy, they say it won’t sell.” This idea of rejection is universal. Regardless of being a musician or not, as a listener I think we’ve all felt times when we didn’t score the point, make the grade, lose the job or be dumped.

Overall, listeners that enjoy folk, folk-rock, Americana and roots music will want to add many of the songs on Lawrence Lynn’s self-released From Down Home album. Special nod also to track seven, “So Right”. He’s a prolific writer and not dwelling on troubling times, he’s a friendly voice to get through the storm. He’s also a friendly voice to comfort during times of joy.