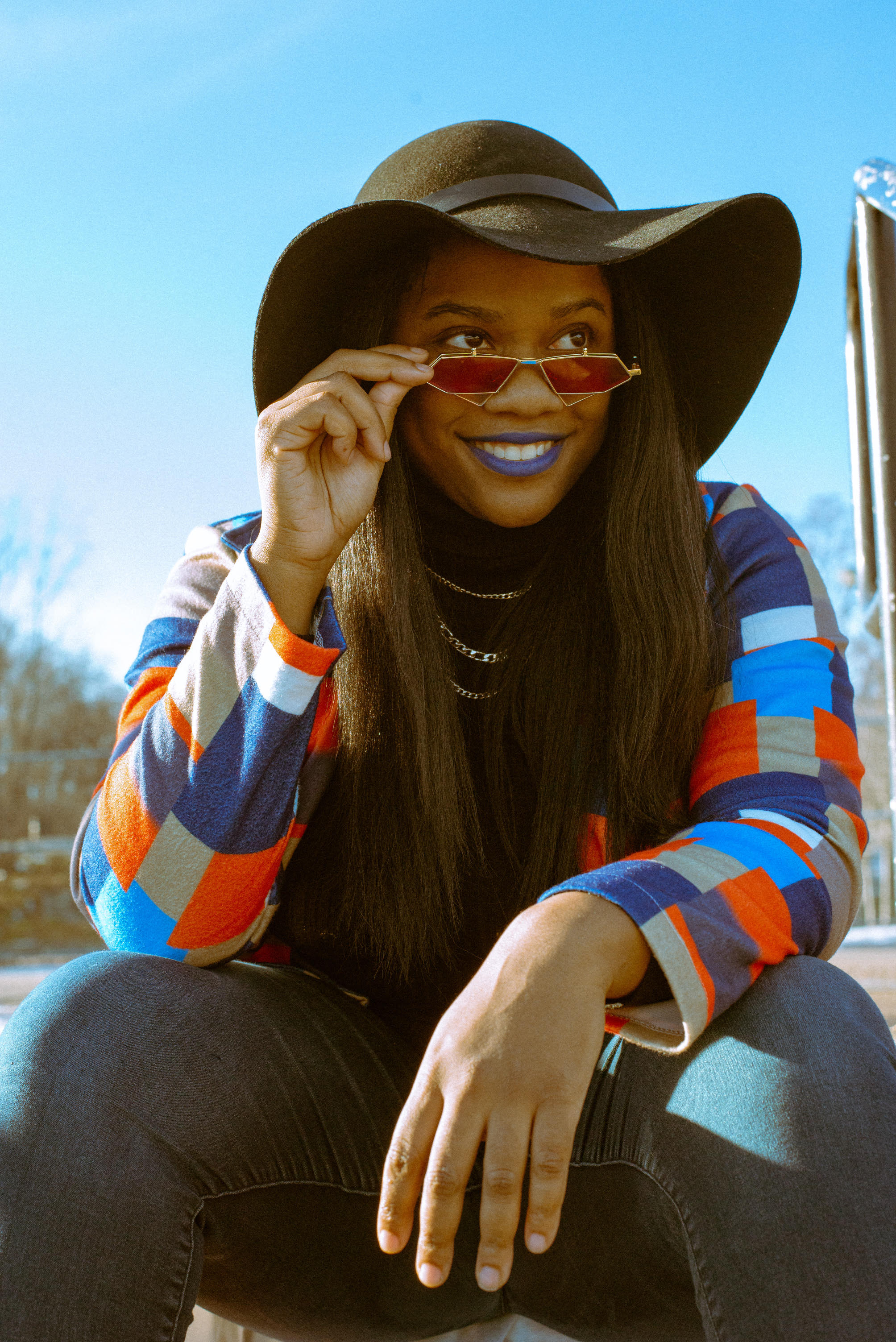 The importance of vocal force in contemporary hip-hop can never be overstated; it’s essential to creating dominance with a lyric, and moreover, creating a mood that properly suits the narrative an artist is trying to get across. Red Shaydez doesn’t need to be taught this in her new single “Lemme Go Talk My Shit,” and inside of the three-and-a-half-minute jam, she makes it pretty clear to us just how little she needs to sound incredibly focused in her lyrical assault. Firm and uncompromisingly forward in tone, “Lemme Go Talk My Shit” is a self-aware statement single, and an alluring sample of Red Shaydez’s personality in action.

While the bassline in this single is a little retro and rather bruising in a few spots, the percussion is practically paper-thin, giving a lot of our attention over to the cadence of the verse as opposed to a completely brash backend in the mix. I like the scooped EQ on the bass parts as it feeds into the streamlined style of the vocal, and at times I would say that this scheme affords enough physicality to where the drum element almost wasn’t even required. Red Shaydez can bring the physicality when she needs to, and that’s incredibly obvious in this release.

The thunderous groove behind my girl’s verse is made possible only through the precision of her delivery and nothing else, which says a lot about what she can throw down without any sort of synthetic interference of assistance. Too many of Red Shaydez’s peers have thrown their weight behind pseudo-surreal frills best left out of a master mix entirely rather than being made to serve as a sonic centerpiece, but in “Lemme Go Talk My Shit,” she neither leans on such filler nor comes across as in need of anything other than her organic talents to make a point tangible in her music.

These lyrics back up the charisma of their rapper and the confident vibes she throws around with every verse she shares, but I especially appreciate the fact that Red Shaydez isn’t recycling any themes I’ve already heard three or four times this year courtesy of Spotify’s Rap Caviar. There’s originality sewn into the skin and bones of “Lemme Go Talk My Shit,” and compared to the limited competition she faces in her corner of the underground at the moment, her latest single is undeniably among the sharpest around from a compositional perspective.

It’s a new time, a new chapter if you will, in the history of hip-hop, and from where I sit this generation of rappers will come to be defined more by their songwriting aesthetics than they ever will be the visual theme of their videos or the sponsorship of their brands. “Lemme Go Talk My Shit” has fun with its rhythm, but it takes elements of execution and efficiency seriously, which is more than anything in mainstream pop has been doing this spring. Red Shaydez is on her way to big things, and this is evidence that she isn’t going to relent from making smart content on her journey.