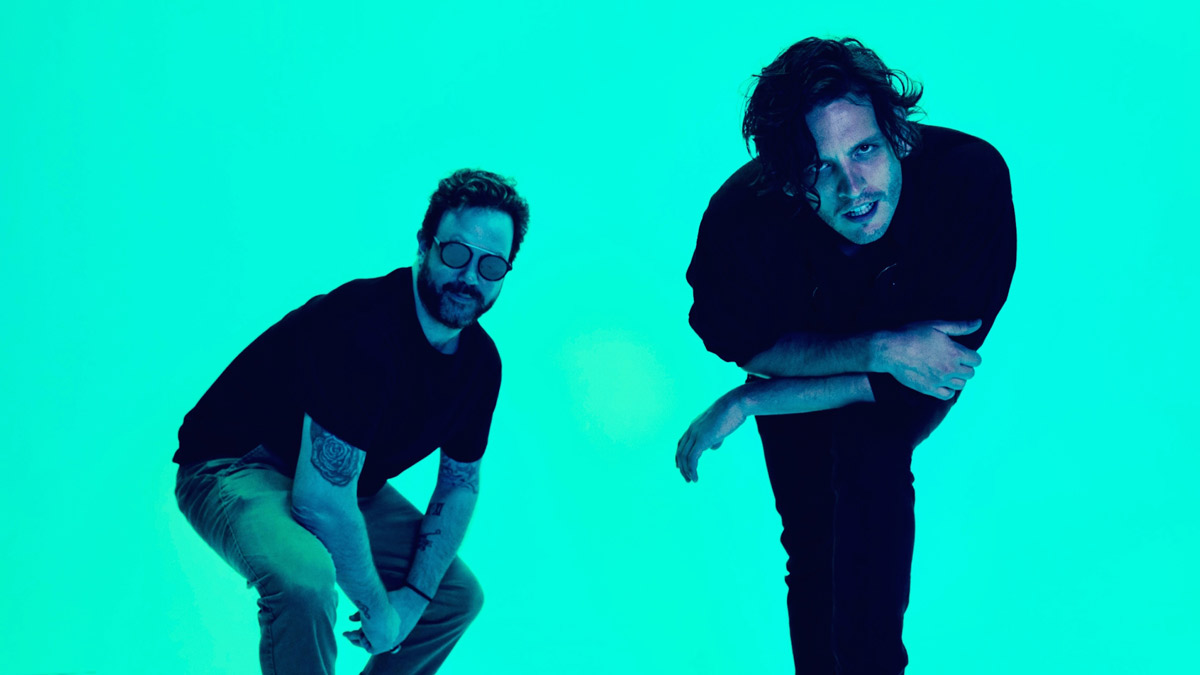 The Los Angeles duo, Magic Bronson, formed by Mike Nicastro and Matt Lieberman is the clear example of ‘opposites attract.’ Nicastro is an optimist, always smiling and having fun while Lieberman is described as “grumpy and sensitive.” Lieberman laugh and he says ““I always tell Michael, ‘Just show up and look pretty’.” This comes out in their new EP “Evil Plans” where they touch on topics from bullying to how expenses traffic tickets are in LA.

The EP starts with “Nervous” an upbeat track they released over a year ago that deals with all the things that are wrong in our world, then the explore the topics of love and lust in “Electrify.” It then goes to partying, smoking weed, and other fun activities like getting in trouble with the police in “Night Owl” and “Knock It Off.” In another upbeat track called “Drive” they deliver the anger that paying $65 for a parking ticket in LA brings them. At the end they do a slow jam, called “Evil Plans” which is very uncharacteristic for Magic Bronson, but it might be one of the best tracks on the EP if not the best. The topic is against bullying and all the damages that bullying can do to a kid’s character.

One of Magic Bronson’s strongest points is their live show, at 6’6″ Mike Nicastro rocks the stage like there is no tomorrow.

“To see a large guy move like that onstage… For the first couple of songs, the audience is looking at it with their heads tilted, wondering what’s going on, but by the fourth song they’re in our pocket. We like crazy, close-quarter shows where we can feel the crowd’s energy. Sometimes I equate [Michael’s performance] to an animal in a zoo, like a gorilla – you don’t know if it’s going to break through the glass.” – Matt Lieberman

If you are in LA go see them live as they will announce more dates soon. Follow them in Instagram to know the dates and listen to Evil Plans EP bellow: