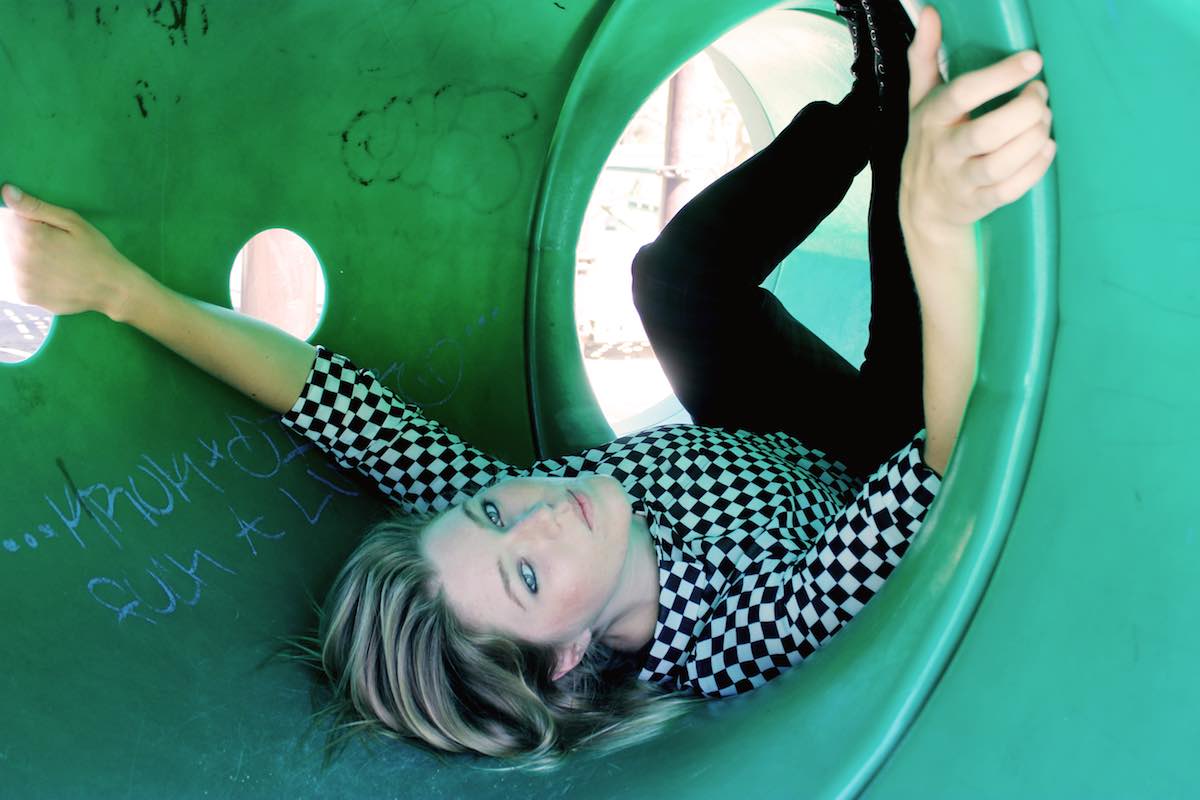 Multi-instrumentalist and songwriter Liv Slingerland has been stomping around the LA music scene for a while now. A rockstar guitarist and bassist, Liv’s become a hired gun for several local bands while maintaining her own project at the same time. Her band has already made a name for themselves in the live world, filling up spots like the Echo, Bootleg, and Hi Hat. While many indie pop artists tend to promote their online presence and music, Liv can be found boosting her live gigs and fostering a community. Lucky for us, we don’t have to go home empty handed; Liv’s last three singles have had us all memorizing her songs and bopping to grunge beats. Her latest EP ‘Crush Me’ was a follow up to those releases, but now she’s hitting us with yet another smash: “Temporary Letdown.”

Liv is consistent across the board in her music (typically influenced by artists ranging from Tom Petty to Joan Jett, and Joni Mitchell to Elliot Smith) but this song introduces a fitting new angle to her. A distorted guitar strums us in, introducing a melancholy yet energetic melody; then the vocals hit, driven by a contemporary drum beat. You might not recognize Grey Goon right away in this edgy alt-rock song, but as soon as the drums and vocals enter, you hear the modern pop influences leaking through. Organic elements are supported by Grey Goon’s propensity for modern textures, and Liv’s traditional rock edge sits perfectly in the middle. It feels like an elevation of one of her live shows.

“This recording features myself on vocals/guitar/bass and Grey Goon on drums and most notably the synth work that beautifully augments my traditionally guitar-driven leanings, culminating in a sound that I’m excited to continue exploring in further collaborations.”

Can’t keep this together without you…

The lyrics of Temporary Letdown are smooth and self reflective. Aiming to draw attention to an inner conflict, Liv says she’s come to understand it is sometimes necessary to inhabit a dark side of ourselves to reach the full potential we each envision for ourselves.

“Temporary Letdown is a song that I started during a time when I was acting out in ways that I didn’t quite expect from myself.”

Catch the groove below:

Get to one of Liv’s live shows to feel the beat everyone’s talking about, or follow her journey on Instagram!