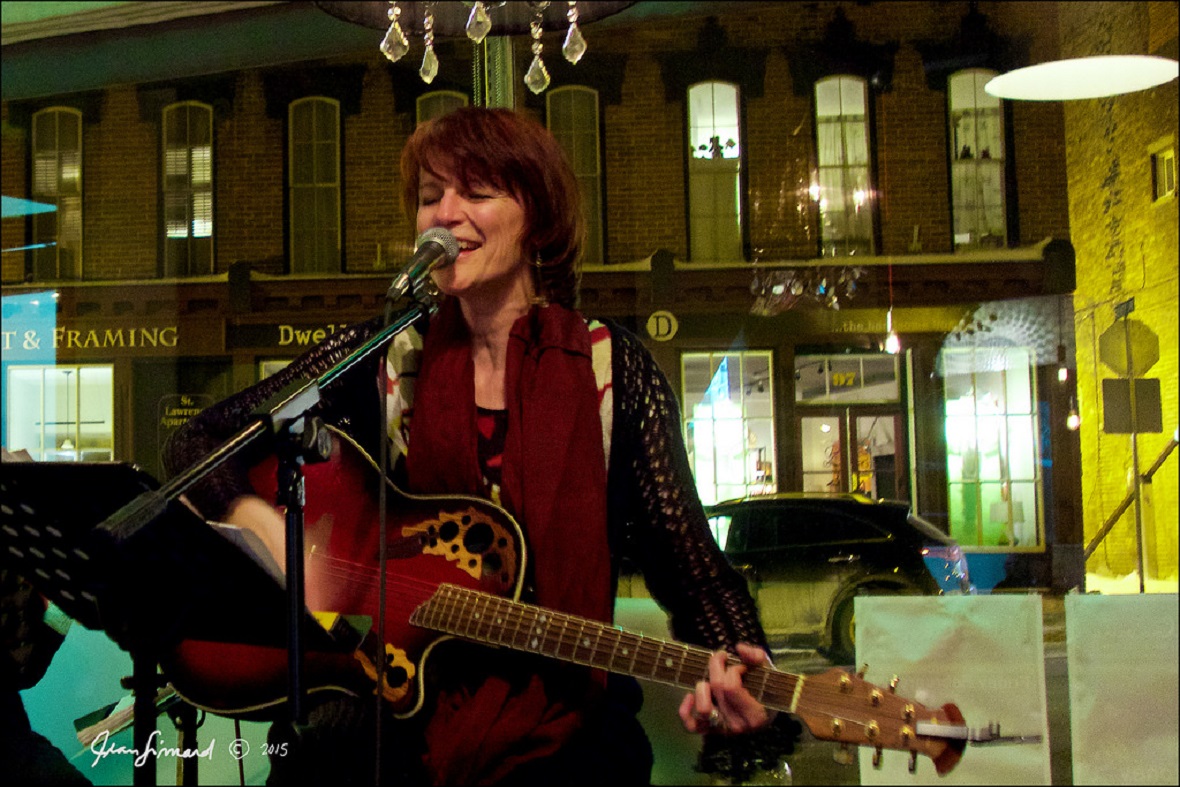 Local Honey is Abby Zotz’s first solo album after a twenty year journey through the music world as a respected folk and traditional music performer. Her songwriting chops are in full evidence with this release and, despite some obvious influences coming through, it’s clear Zotz has emerged with this release emboldened by her deep connection to the material and her voice burns through even the gentlest tunes. The Canadian native’s long tenure in the music world has honed her skills to a sharp edge, but her classical training and inherent talent are the main motivators of this outstanding release. The songs are full of philosophical musings and conversational poetry plumbing deep into meaningful emotional territory. She never limits herself and covers a imaginative number of sounds over the course of Local Honey’s eleven songs.

“Stability” begins the work with a achingly lovely performance. The bedrock musicality of the song is a marriage between her technically accomplished singing and acoustic guitar. Zotz, despite her obvious polish, conveys depth of feeling through tone, phrasing, and well written lyrics and achieves lovely unity with the six string playing. It is a purist folkie affair, however, as the song evolves into a small band effort. Many of the songs featured on Zotz’s firsr album make creative use of small band configurations and the carefully nuanced interplay between Zotz and her collaborators rates as one of the highlights for Local Honey.

More evidence for her musical imagination comes to the fore with “Big Hope” thanks to bringing organ, added percussion, and electric guitar into the mix. The organ takes brief but notable instrumental breaks along the way and the electric guitar accompanying this briskly paced number alternates between solid rhythm playing “Peace Sweet Peace” is another of the well rounded tunes making Local Honey sparkle. It’s a glistening example of how a songwriter and musician laces together different traditional strands into a musical experience all her own. One of the album’s most pensive moments arrives with “Pirouette” and the song patiently unfolds and invokes surprising atmospherics despite its low key musical nature. It achieves this quality thanks to the unique sympathy between her voice and the arrangement but the dramatic chord, melodic, and tempo shifts throughout the course of the track are equally potent.

The waltz qualities of “Hush Baby Waltz” are never exaggerated and this understated artistic turn is another sign of her willingness to subvert our basest expectations. Zotz never opts to play it safe with Local Honey, but she could have produced a sturdy collection of well written folk tunes, just her and an acoustic guitar, and would have satisfied her target audience. Instead, Zotz produced a work that challenges listeners, but challenges herself most importantly. The same infectious melodic strengths setting apart many of the album’s band performances continues with the song “See Your Face” and it’s a personal gem on the album thanks to Zotz’s unflinching vulnerability and her vocal talent to get beneath the figurative skin of any song. “You’ll Never Know” concludes Local Honey with a wry, crooked smile bearing up well under its heartache. She gives the song a sweet treatment mitigating its thornier emotional ground and her voice reminds us, for a final time, why she’s one of the best vocalists working in the folk/traditional scene today, but has the chops and charisma to carry many styles of popular music.