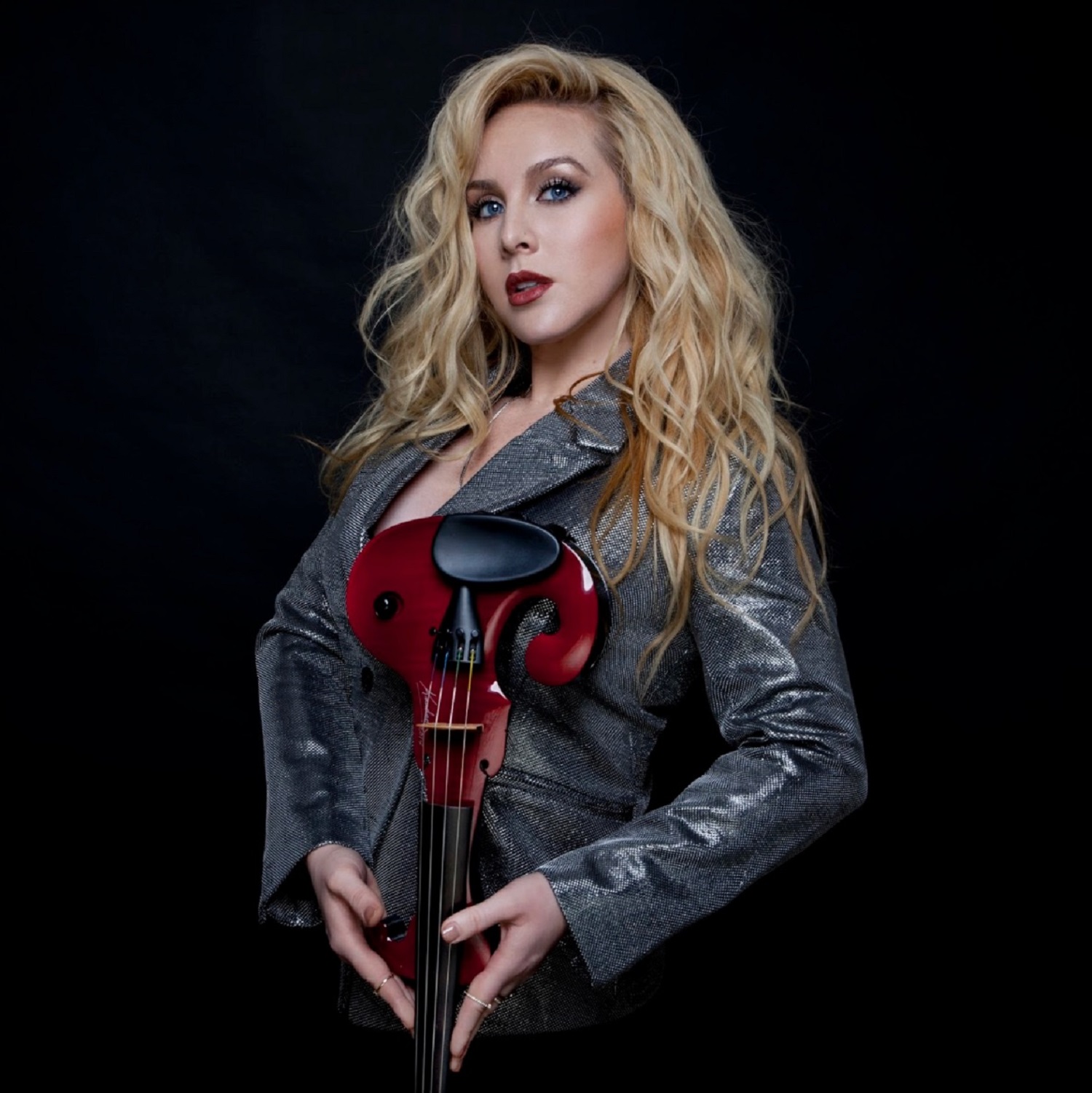 There aren’t many instruments in this world that have the unique melodicism a violin does, and when it’s electrified, it takes on another dimension of expression that goes well beyond the status quo in contemporary pop music. Enter Ginny Luke, a longtime player in rock and pop whose solo career has steadily been gaining traction in recent years, her latest single “Love Hypocrisy” driven by a thunderous vocal and electric violin accents far more sensuous than those of her closest rivals. Simply put, if Luke isn’t positioning herself for a major breakthrough in mainstream exposure, she sure picked an odd track to cut this past August.

Right off the top, our leading lady is giving us the kind of emotional performance behind the mic in both the music video for “Love Hypocrisy” and the song on its own that is normally reserved for live concerts only. She’s audibly invested in the subject matter here, but as personal as her tone is, there isn’t a spot of self-indulgence or egotism for us to try and look past in this single. Luke is highly focused and setting a good example for what some of the newcomers to the game should be trying to replicate in their own approach to making music.

“Love Hypocrisy” is mixed more like a heavy metal song than it is a basic pop track, especially when it comes to its chorus. There’s so much definition in the instrumentation here that, on a couple of key occasions, Luke is trying to balance out the monolithic nature of the percussion with the melodic foundations of her harmony – her words are more the framing for the groove than they are the main element we’re supposed to be transfixed on. I like the multilayered sound, and to be honest, I didn’t think I was going to hear as much from an independent source this month.

I wouldn’t change anything about the drum parts in “Love Hypocrisy,” and while they’re definitely a lot louder than they needed to be to amplify the beat beside the verse, I think they show us just how much heat Ginny Luke can handle while still remaining the brightest star in the performance. Her voice is the sonic superglue holding the more eclectic components of the music in place, and had a different singer been at the helm, I don’t know if this single would be the stinger it is in this situation.

If you’ve been hearing good things about this artist in the last couple of years, you’re not alone – the buzz is for real, and so is the music and artistic direction of one Ginny Luke. She isn’t buying into the standards set forth by a jaded generation coming before her in “Love Hypocrisy;” she actually sounds like she really wants to restyle the pop model that’s been left behind for her. I have confidence in what she’s got planned after hearing this, and it wouldn’t surprise me if we saw an LP from her in the next year or so purely out of demand.