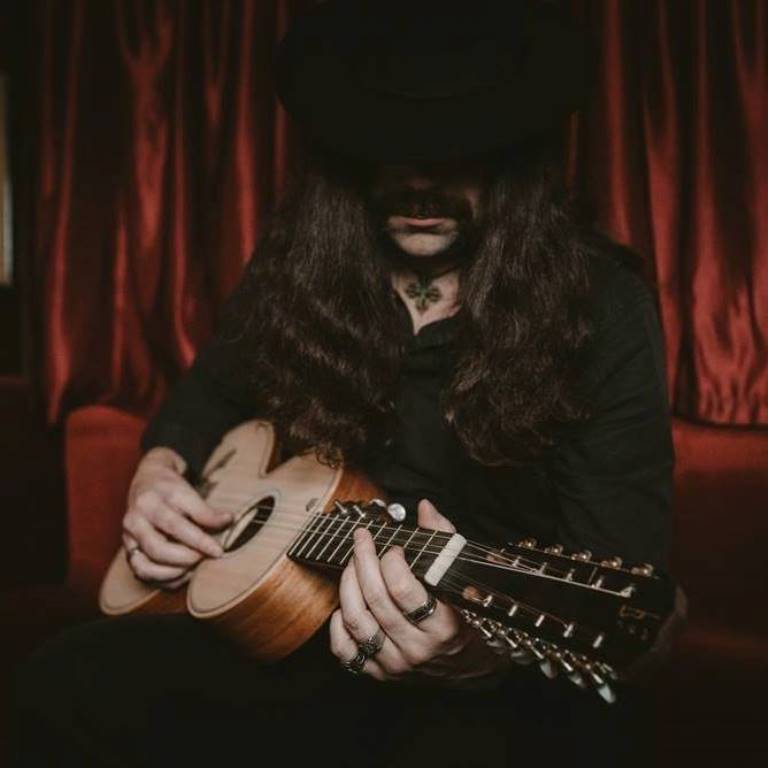 Lusitanian Ghosts’ are back

Like a cascading waterfall moving in slow motion before our eyes, a light strumming guides us into the verse “You know we may have sailed the world, that was a long time ago, and all our history shows us… how fleeting is this life we know?” in the opening song “A Long Time Ago,” from Lusitanian Ghosts’ eponymous debut full-length. The lyrics invite us to think about the relationships between the many tribes that we have all descended from on planet earth, and the pastoral unfolding of the track is reminiscent of a children’s lullaby. It’s a slow jamming preparation for the swinging, exotic riffage of “The World,” a track that reflects all of the diversity and contrast between the cultures so artfully bridged in the previous song. We start to feel like the Ghosts are taking us on a haunting journey by way of a tattered, archaic treasure map that was left behind by the gods so that we too may know the glory of divine music.

Serenading us from the rocky Portuguese seaside, “Trailer Park Memories” evolves from the silence into a grand ballroom full of lively dancing and rhythmic energy that will inspire even the most dedicated of wallflowers to get up and shake. It’s a retrospective moment for an album that feels like it can’t stop moving for even a second, in fear of losing the magic that this adventurous carefree spirit is affording us. “Past Laurels,” the swan song of the LP, takes us further down a quaint, bucolic path with its artisanal, folky song structure that eventually gives way to a boisterous alternative rock power anthem. It’s an organic, thoroughly earnest track that keeps in step with the optimistic tone of the record as a whole, and easily can serve as the leading single for this debut offering. It’s a very Meet the Beatles moment for Lusitanian Ghosts, giving new fans a very FM-ready sample of what this band’s persona is all about.

“Let It Soar” and its sibling song “Capitularium” are the most post-romantic tracks on the album and show us that the Ghosts can diverge into garagey singer/songwriter territory ala Black Rebel Motorcycle Club without coming off as pretentious and still packing in plenty of the worldly ambience that sets them so far apart from their contemporaries. On the contrary, “Godspeed to You” is a straight up folk song wrapped in throwback college rock packaging. It doesn’t feel derivative or unoriginal though, instead it plays more like a tip of the cap to some of the group’s 80’ influences. “Memories of a Once Familiar Future” has a bluesy poise to it that is equally western as it is ironically European in its staging. It’s hard to pin down where our sonic adventure will take us throughout Lusitanian Ghosts, but the narrative remains the same; never stop pushing forward, exploring, and bearing in mind the antiquity of the lands we’re exploring. Somehow in creating a record that was meant to pay tribute to this group’s diverse background of influences and forerunners, the Ghosts have created something defiantly modern and joyously different for critics and audiences to fawn over together.