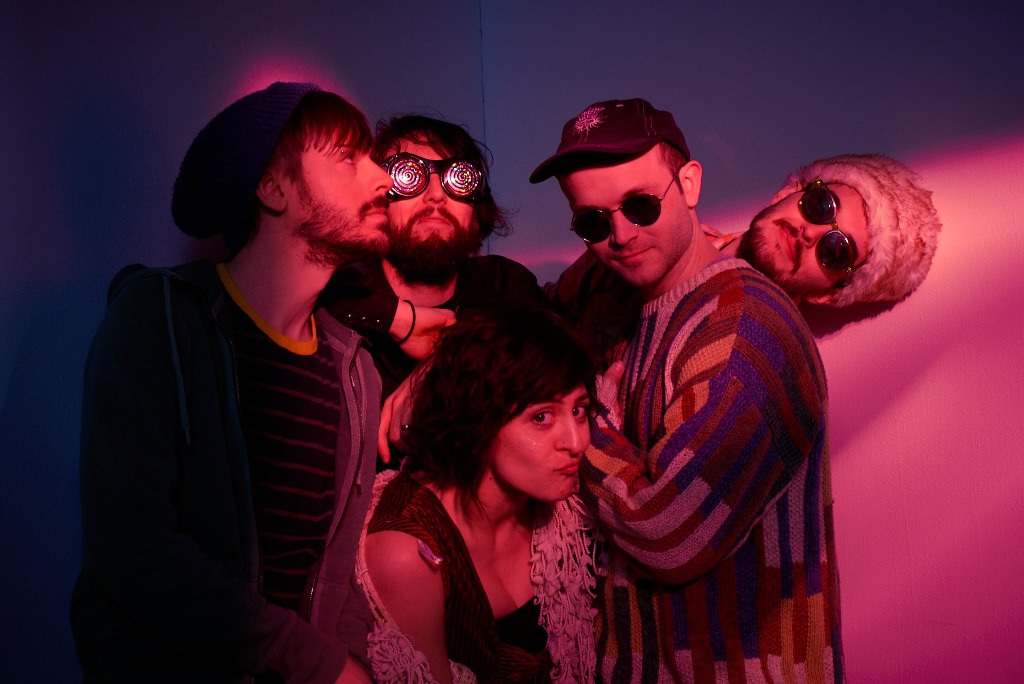 Madam West has certainly come a long way in a short amount of time. The band first came to life as a Bushwick based duo before bringing in additional members and finishing off as a quintet as we hear with this release. Warm Bodies is a six song EP ably summoning the full spectrum of their influences from alternative rock, folk, pop, and even soul for some especially tasty extra flavor. The songwriting, particularly the band’s lyrics, take on weighty themes with the intelligence and fluidity those subjects deserve while still operating within a recognizable tradition listeners can latch onto and understand. There’s definitely a strongly personal aspect to Warm Bodies, but it also clearly reaches beyond that for something more overall accessible and immediately relatable. Warm Bodies is a fantastic EP release with more going on within its six songs than we typically hear from their contemporaries’ longer works.

The romping live drums, synth programming, and evocatively dispatched guitar weave together in the early seconds of “Strongest Son” to create an immediately unique texture. You haven’t encountered anything quite like Madam West before and their seamless fusion of melody with evocative sonics makes them instantly. Their much ballyhooed layered approach is in full effect here and makes for a resounding opener. A definite high point comes with the instrumental break halfway through the tune and how it veers off into near jam-band territory – this is a piece ideal for a live setting and should allow the group a chance to stretch out and flex their instrumental chops. The same distinctiveness marking the band with the EP opener continues with the second track and title song. Sophie Chernin’s singing has an idiosyncratic skill for projecting intimacy and familiarity while still retaining a hint of the alien that gives the performances a further distinctive spin. The lead guitar here is much less reliant on effects than we heard in the earlier number and has striking bluesy qualities.

The cleverly titled “Erstwhile Manatee” begins as an exquisitely languid track before shifting into an arrangement that’s closer to a fusion/funk hybrid with close interplay between the drumming, bass, and keyboards. Chernin’s scat singing provides some particularly effective passages during this performance and those brief breaks are also occasion for the individual players to garner some of the spotlight. “Seams: has a haunted aural landscape moving alongside its skeletal melody and the lyrics underline the mood while Chernin’s voice keeps things from tumbling into outright despair. The sound effects marking the opener soon fall away and we transition into a much straighter musical performance. Madam West changes gears a little often in this song, but the transitions never stumble. Guitar is much more important to this song thn we heard in the earlier “Erstwhile Manatee” and proves to be critical to the success of the EP closer as well. “Wise Blood” is the EP’s longest track, clocking in a little over six minutes, and the progressive edge in the band’s makeup is much more visible here than we’ve heard from the collection’s earlier tunes. It concludes the EP with the definitive, emphatic statement we could expect from Madam West and boasts a power unique for this style, but characteristic of Warm Bodies as a whole.