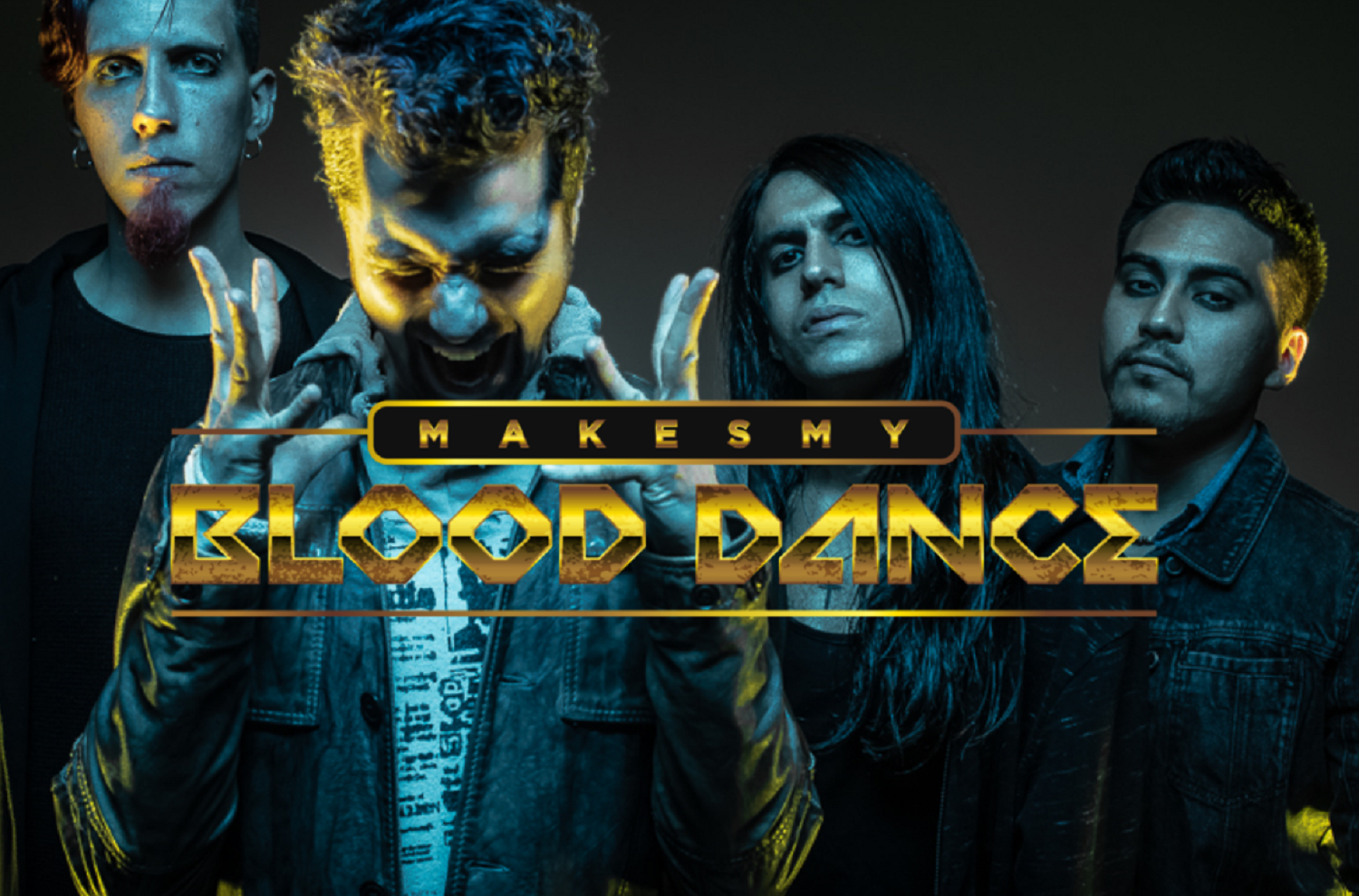 Self-described disco-metal outfit Makes My Blood Dance lay down a chest-pounding metallic anthem in their debut single “Beaming Right Up,” and it’s garnering some notable attention from critics and audiophiles this spring. Right from the jump, Makes My Blood Dance are firing off one gargantuan riff after another with a sense of urgency that is driven by both the intensity of the bands play as well as the gallop of their devastatingly powerful drumming. The grooves are as big as the riffs they frame, and though there are a lot of really swinging hard rock and heavy metal singles due out this season, this is definitely one of the brighter gems that I’ve had the pleasure of listening to.

The bassline is brutal from start to finish in “Beaming Right Up,” but it doesn’t muddy the tonality of the guitars at all. Acting as a thick cushion between the vocal track and the six-string carnage, the bass navigates the rhythm of the drums with exquisite precision, never interrupting flow of the percussion but constantly mirroring its violence through a sophisticated sonic sway. It’s a conceptual means of forging a strong foundation for the melody, but it doesn’t stand out as the only such experimentalism present in this single.

Thunder rains down on us from the drums here, and by the time that we reach the halfway mark in the song, the percussion is straight up waging a war with the roaring riffage for the lion’s share of our affection. The beats are really sporty and lend to the disco portion of Makes My Blood Dance’s disco-metal hybridity, but they’re devoid of the 70’s plasticity that ultimately drove nightclub DJ’s away from the style. Woven into these mammoth guitar parts, they actually look and sound a lot chicer than they ever did back in the day, and furthermore, accent this band’s sound with a cosmopolitan edge that none of their contemporaries have.

No matter where we listen-in during “Beaming Right Up,” the vocal track is rich with organic vibrato and stealthy theatrics that flirt with elements of glam, hard rock and symphonic metal, but Makes My Blood Dance are careful to avoid the pitfalls of creative overindulgence in this single. There’s just enough excess to satisfy fans of surreal hooks and blustery bass-centric breakdowns, but ultimately “Beaming Right Up” is structured inside of a tight master mix using efficient compositional techniques that stand as the antithesis of their more “retro”-inspired brethren in the underground.

Metalheads looking for that sweet new groove to complete their spring playlist need to check out Makes My Blood Dance’s debut single the next time that they’re in the market for music. As always, the underground circuit is producing a much more intriguing sound than anything on the mainstream side of the dial is, and this group is espousing a sleek variety of metal that has the potential to really raise some eyebrows for fans of both scenes. They’ve got a chemistry that I can’t wait to hear more of in the future, and I have a feeling that “Beaming Right Up” is only a glimpse into what their skillset can deliver.