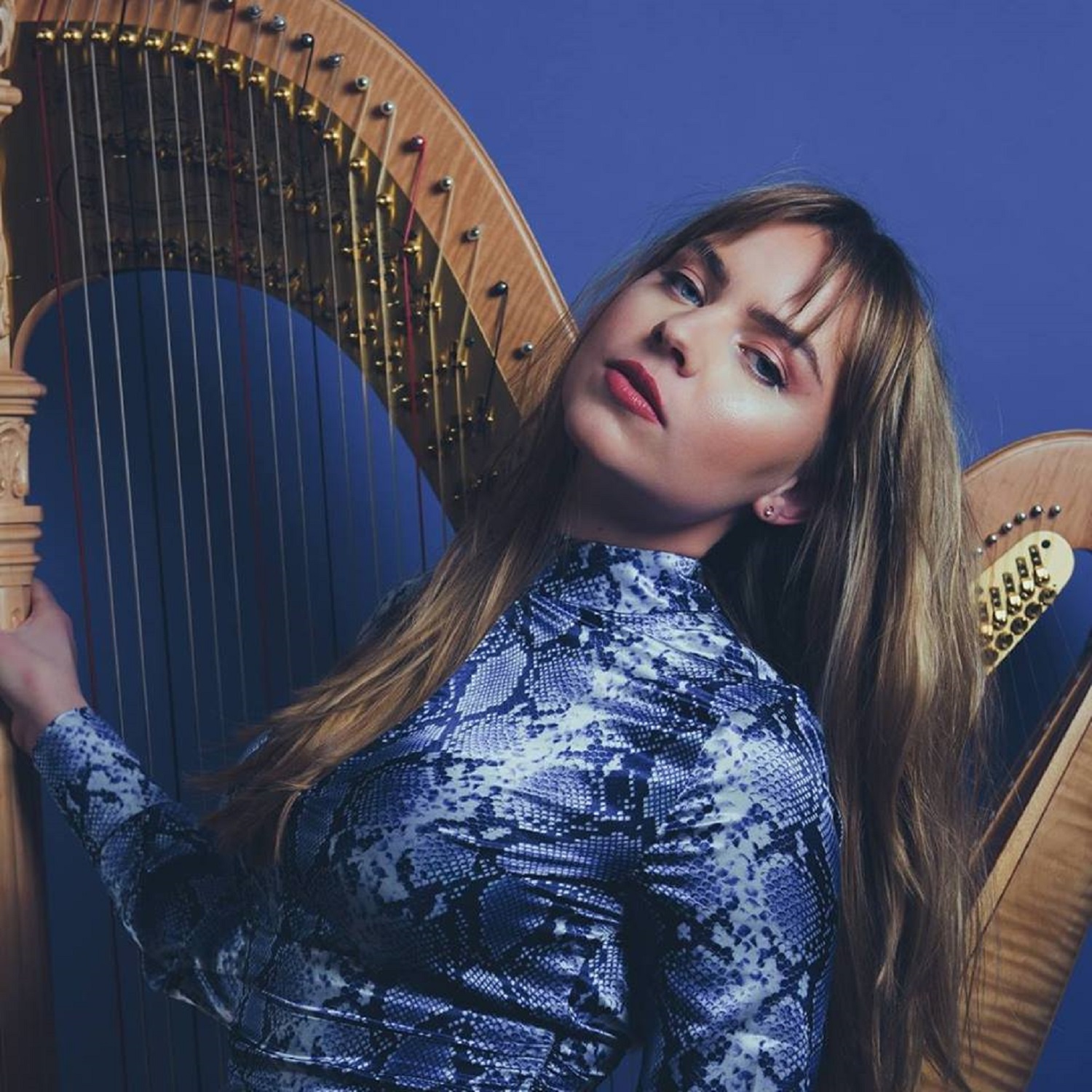 A graduate of Julliard and the Yale School of Music, Margaret Davis doesn’t let her classical music education interfere with making an emotional connection to her recordings. Her latest recording, a single cover of the Whiting/Mercer pop standard “Too Marvelous for Words”, solidifies her standing as one of the most talented vocal interpreters working today. She goes a step further than just rehashing another writer and performer’s past, however – she re-arranges “Too Marvelous for Words” for harp rather than the typical big band or jazz club lineup we might expect with the song. She does make one key concession to the song’s origins, however, by inviting trumpeter Jonathan Shadle to join her for the recording.

His inclusion is pivotal for making the song work. He doesn’t have an omnipresent role in making the song memorable for listeners, but his relaxed playing complements Davis’ voice and harp playing while also adding a sense of gravitas to the performance it might have otherwise lacked with just her harp and voice. His contributions fall into the bluesier side of the musical spectrum and tasteful throughout.

He is also the sole accompaniment she has for the music video released alongside the single. Muted colors dominate the song’s visual imagery and the clip presents Davis as a classically beautiful vocal chanteuse with an obvious playfulness manifested visually and musically. The video enhances the warm inviting qualities of the performance without ever coming off as a cheap attempt to draw viewers and listeners closer to the track.

Her vocals are as exemplary as her harp playing. Her voice sounds comfortable in higher registers, but she has elastic pipes allowing her to explore different shades in convincing fashion. She has a canny sense for when to modulate her voice appropriately and it helps her capitalize on peak moments in the song’s lyrical content. Her harp playing is just as important – it takes on the role a piano would have occupied in the arrangement and it is nothing less than an outright pleasure to hear how she navigates through the song’s melodic richness with such deft hands.

Whiting and Mercer gave her some excellent material to work with. The lyrics harken back to an earlier time in popular songwriting before high flown concepts and the attitude of music as a commodity took over in full. The song speaks to an experience we all share at some point in life, if we are lucky, and projects itself as pure entertainment rather than remaking the songwriting wheel or attempt to answer enormous unanswerable questions. It is deceptively simple however – make no mistake that this song is paint by numbers. It is the product of well honed talents knowing exactly how to invoke emotion and what notes to strike along the way.

“Too Marvelous for Words” is a good way to describe Davis’ talents. I have attempted, however, to do just that with this review and can say with total confidence that she more than does mere justice to this old but durable track – she has brought it back to life for a new generation and it will undoubtedly find many new fans for her and this style of songwriting.