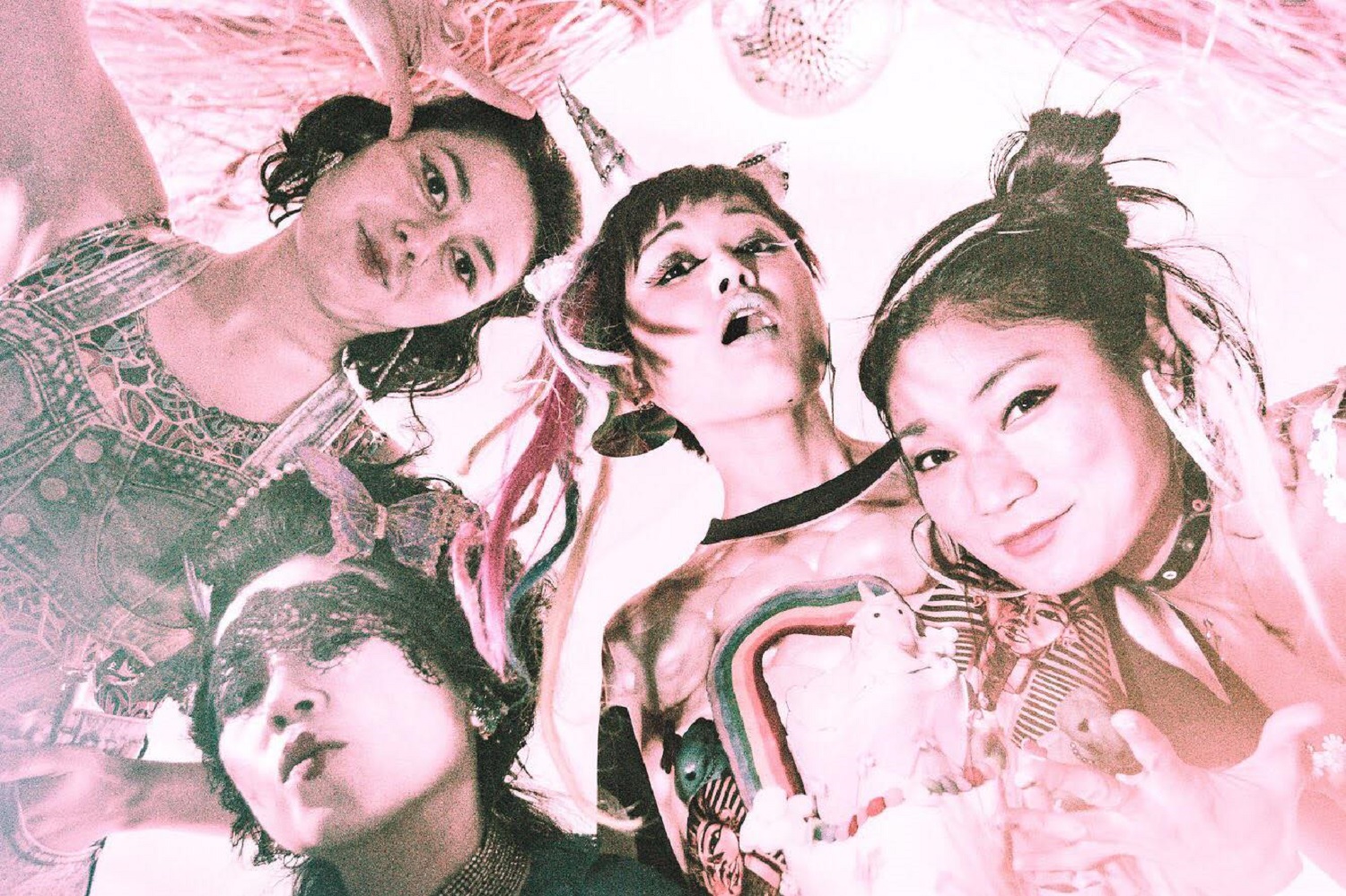 Each member of Brooklyn, New York’s Hard Nips is Japanese-born but grew up in the city. Their paths crossed at the bar/restaurant Yoko managed and they soon bonded over much more than their common ancestry. Their alcohol and adrenalin fueled connection eventually blossomed into shared dreams of rock and roll glory. Guitarist Saki, drummer Hitomi, and bass player Gooch soon discovered they shared the same chemistry as bandmates that sparked their friendship and it has produced two albums interspersed with three EP releases. The new album Master Cat cooks with the same energy of their earlier efforts but shows, as well, a continued evolution in their songwriting and ensemble skills.

“Blender X” is akin to a cage fighter charging out at the opening of a bout. There’s a natural playfulness present in Hard Nips’ music, of course, but this track has uncompromising confidence that’s infectious for listeners. Hard Nips conjures up a catchy chorus for the collection time after time and this is no exception. You can’t attribute responsibility for these moments, however, to any musician or performer. Hard Nips is a team effort in the truest sense as the sum is always greater than its individual parts.

One of the best moments on Master Cat is the title track but it plays a little sleight of hand. The song opens with an electronic laced introduction full of color before shifting into a polished and bullet-like trajectory. The rhythm section and guitar maintain steady pressure until the chorus throws more weight behind its push. “Analog Guys” packs much more of a wallop than any other track on Master Cat but it is the album’s most one-dimensional moment. This isn’t necessarily a bad thing. It has a pleasing hypnotic effect and the band plays as a whip-tight unit from first note to last.

The second to last track “Anaconda” slides past listeners like a midnight cruise through a major city. It is relentless motion, streamlined for maximum impact, and there isn’t a single wasted note during the song. Rhythm section excellence, once again, is critical to the song’s success. The closing track “Cupid Devil” shares the same production clarity as the preceding seven songs but differs in its dynamic structure. This is Hard Nips mixing up their musical approach with positive results rather than relying on a straight-line take on their songwriting. Lead singer Yoko delivers an especially evocative vocal.

Hard Nips, even during the album’s most restrained moments, are playing for keeps. There are no half measures, no cookie cutter pandering to their audience. Hard Nips, instead, give you their unadorned musical vision and invite you to come along for the ride. It’s occasionally wacky fare, always bright, and rocks out with convincing abandon. There’s no question, as well, that these tracks will be ideal in a live setting; it’s easy to imagine audiences getting behind each one. The eight song gem Master Cat is their best release, a fully realized outing they can be proud of writing and recording.