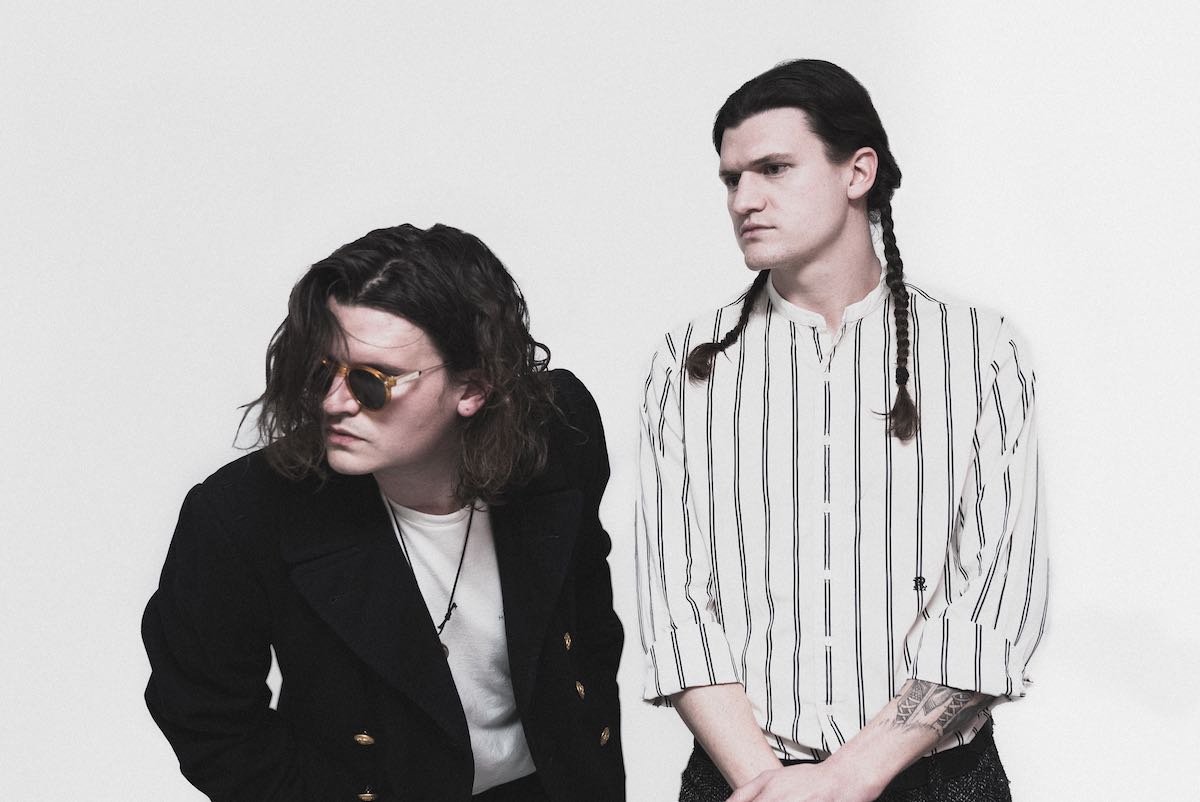 Mating Ritual Fires Out Third Single “U.N.I.” And Its So Right

Coming off of two successful albums, Mating Ritual is back with a third single from their upcoming album, ‘Hot Content’: U.N.I. Accompanied by a raw and retro music video, the track marries the pop tendencies of the duo with the more artistic impulses of their previous album. Singing together in unison, U.N.I. represents a cheeky side to these rockers:

The music video is funky, giddy, and their summer cowboy aesthetic is truly charming. The images roll in, featuring women listening to the U.N.I. in retro bathing suits in a 70s bohemian household. Sunglasses and smirks hide the brothers from us as they rock out in the kitchen and dining room. They may appear way too cool for school, but this song begs us to engage and sing along. An anthemic chorus has you bopping with a drunken Jack Sparrow aesthetic, taking us back to simpler times.

Indie pop duo, Mating Ritual,was initially a solo project, until the brothers realized they needed to be creating together. Based in LA, their first two albums flew out of them, one right after the other: garnering 25 million streams and widespread praise from Stereogum, Consequences of Sound, Billboard, KCRW, and more. They wasted no time in churning out their third: “Hot Content,” due to release May 10th. Album number three merges the modern sensibility of their first album with the creative instincts of the second. Both singles off the album quickly found their way onto hit playlists and U.N.I. is sure to be no exception.