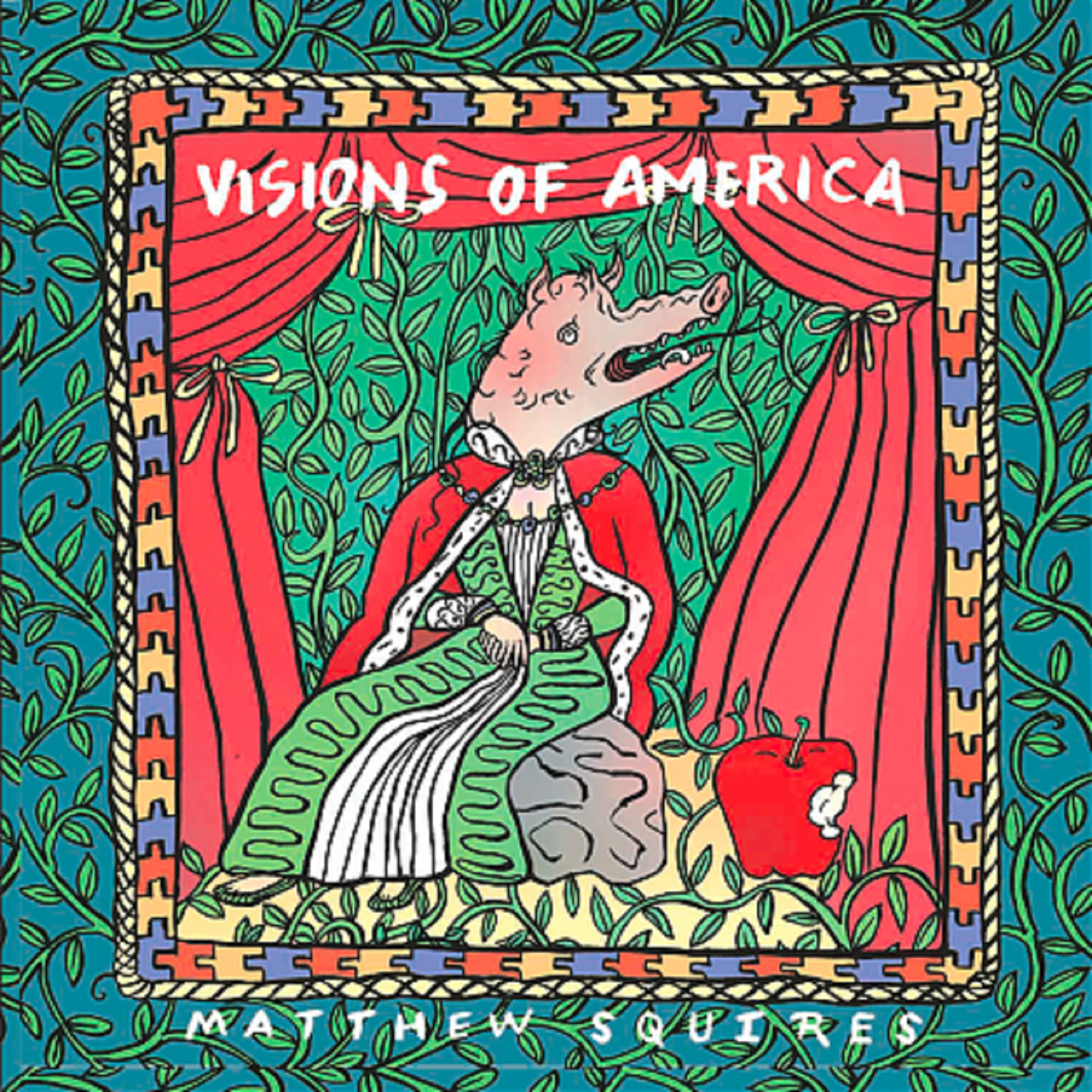 With a feverish stomp, the glorious opening salvo of string work in “American Fever Dream” welcomes us into the incredible new album from Matthew Squires, Visions of America, amidst a neo-psychedelic undertow that will take on a monstrous shape by the time we reach the record’s conclusion. There are no sparkling studio frills, chic bells and whistles or synthetic melodies to behold here; there is only an outlandishly experimental energy that Squires will turn to repeatedly for guidance in the often jarring, always magnetizing journey that lies ahead of him past this track. Once “Perfect Eye” fills the void left behind by Visions of America’s introductory ballad, it becomes obvious to everyone within earshot just how experimental that energy really is for Squires right now. Through the thick barbs of lyrical wit that cascade from above in “Perfect Eye” and the brain-melting melodic tizzy that “The Sentinel” eventually transforms into, there’s scarcely a moment where listeners aren’t challenged to embrace a new brand of self-conscious alternative music that owes as much to contemporary rebellion as it does the intrepid conceptualists of yesteryear.

“Strange Day” rises from the ashes left in the wake of “The Sentinel” and immediately shifts the trajectory of the tracklist towards a more conventional direction. Don’t let the title of “Joke Song” confuse you; even when considering its poetic postmodernity, it’s still one of the better compositions on the entirety of this album. It’s in tracks like this one and its stylistic opposite “Lonesome” that we actually get to hear just how much Squires has grown into his sound in the last few years – he’s been in this game for a while now, and you don’t need to be a long-term, hardcore supporter to notice just how comfortable and relaxed he sounds in these particular performances. Squires has never come off as inept in past recordings, but there’s something really special about his work in Visions of America; it’s retrospective, anthological and multi-interpretive to a fault (which, I might add, are all things that I would normally say about ‘Best of’ compilations exclusively).

“Fire Song” injects the third act in Visions of America with a darkness that we never fully escape until the music ceases to play, but in terms of cratering impressions, its impact pales in comparison to that of “Silence, Now!,” a song that belongs on any serious critic’s Top Tracks of 2019 list, no questions asked. Coming in at a modest four minutes and two seconds in total running time, it’s not the longest song in the world (though it is in this album), but its swinging beats stayed with me long after my initial session with its parent record ended. Visions of America comes to a brooding close with its rock n’ roll symphony of a title track, which I must have listened to a good three or four times in a row when I first acquired this LP at the behest of a colleague. From start to finish, Matthew Squires shines like the brightest star in the summer night’s sky in this album, and if you haven’t already taken the time out to give it a spin this September, I would tell you to do so on the next possible occasion for certain.