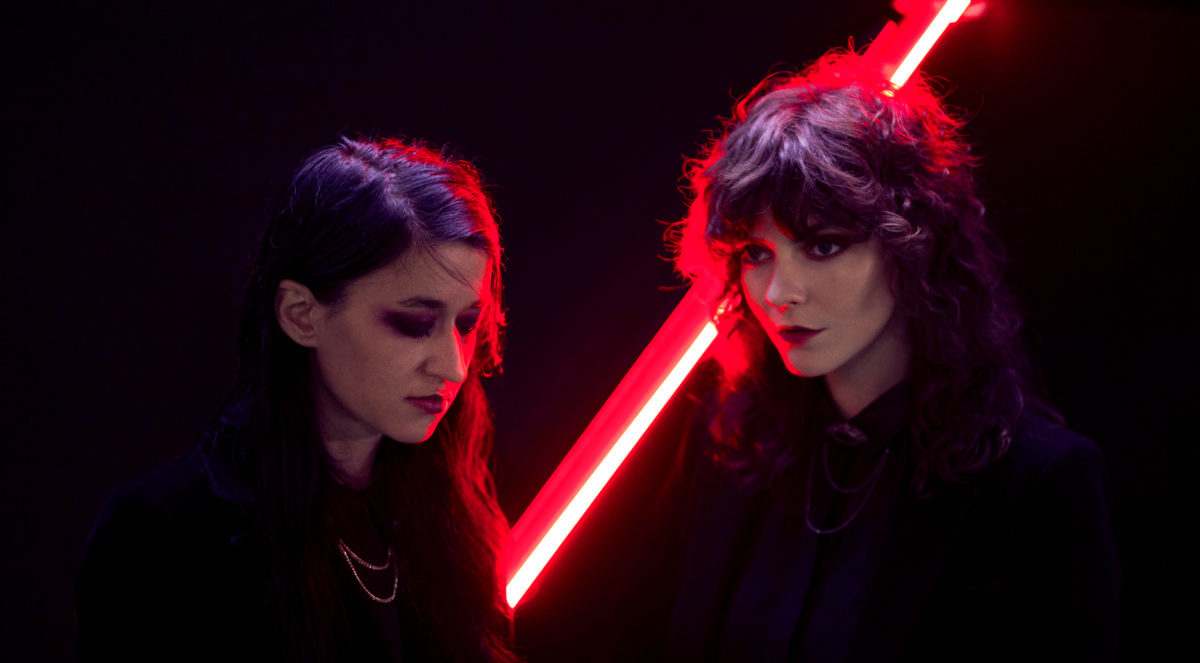 Sydney multi-instrumentalists MEZKO unveil their new track and video “Come & Go”. The track is the first arrival from the enigmatic duo since their 2017 debut with the Polychronic EP, and is out now on Inertia Music in Australia and Anti Language Records in the US.

The track’s mood is captured and translated by director Ellen Hodgson through its visual treatment, on which the pair are joined by another set of strangely familiar figures, culminating in a simple yet stunning celebration of androgyny. The video for the new single is a tribute to MEZKO’s love of the early 70s glam era, where David Bowie, The New York Dolls, Patti Smith, Iggy Pop and more blurred the divide between gender through their music and aesthetic.

“Come & Go is a song about just getting on with it. It’s inspired by the sounds and style of the early 70s – there’s no other genre that celebrates sass in the way glam does, and we wanted to feel that attitude in MEZKO.” – Kat & Laura

MEZKO are Kat Harley and Laura Bailey. Forged by an insatiable musical connection that is the foundation of MEZKO’S unique sound, the result is a collision of styles that casts one hand backwards at post-punk and krautrock and one hand forward at futurist pop and electronica.