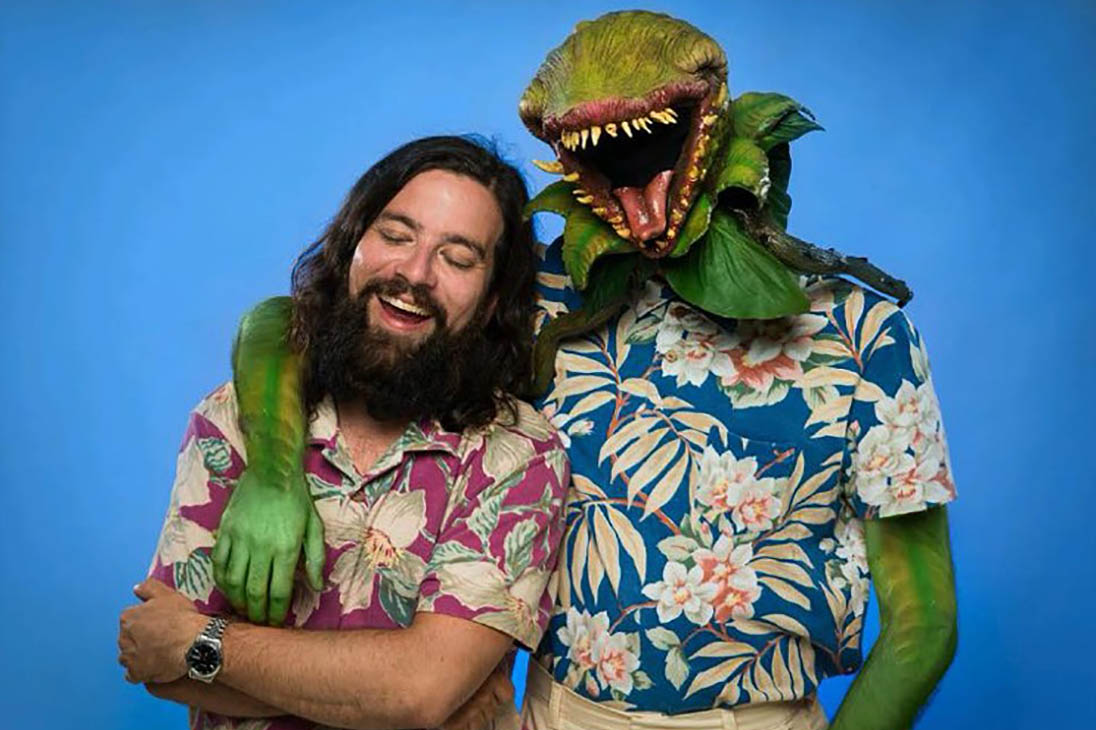 Sound Waves is about to show the world just how weird Miami’s music scene can get. How? Well, the show features a radio DJ, his best friend who is a Venus flytrap (actually a humanoid Venus Flytrap Dj with green skin), and their computer-animated dolphin frenemy GolfDolph. And this is just the beginning.

This  is the base of Sound Waves, a new web show developed by Jolt Radio founder John Caignet and Frank Guzman, better known around town as his plant-faced alter ego DJ Woozles. Caignet hosts the show under the moniker Mr. Jolt.

Sound Waves is loosely based on a Tonight Show-style format, with performances by and interviews with local artists. But the pilot feels more like the result of a mad scientist’s creation cobbled together with elements from 90’s favorites such as Beavis and Butt-Head, and an after-hours ’90s Nickelodeon show. It’s gonna get dirty.

The show is been a few years in the making, and it is finally being unleashed to the public Friday August 4th, with a late night screening at O Cinema in Wynwood.

Sound Waves has had a lot of local support and it has been one of the more locally anticipated releases for this summer. “When you’re good to the community, the community is good to you,” Guzman says of his and Caignet’s active involvement in and promotion of the Miami music and arts scene. “So perhaps people in the community have taken notice and spread the word.”