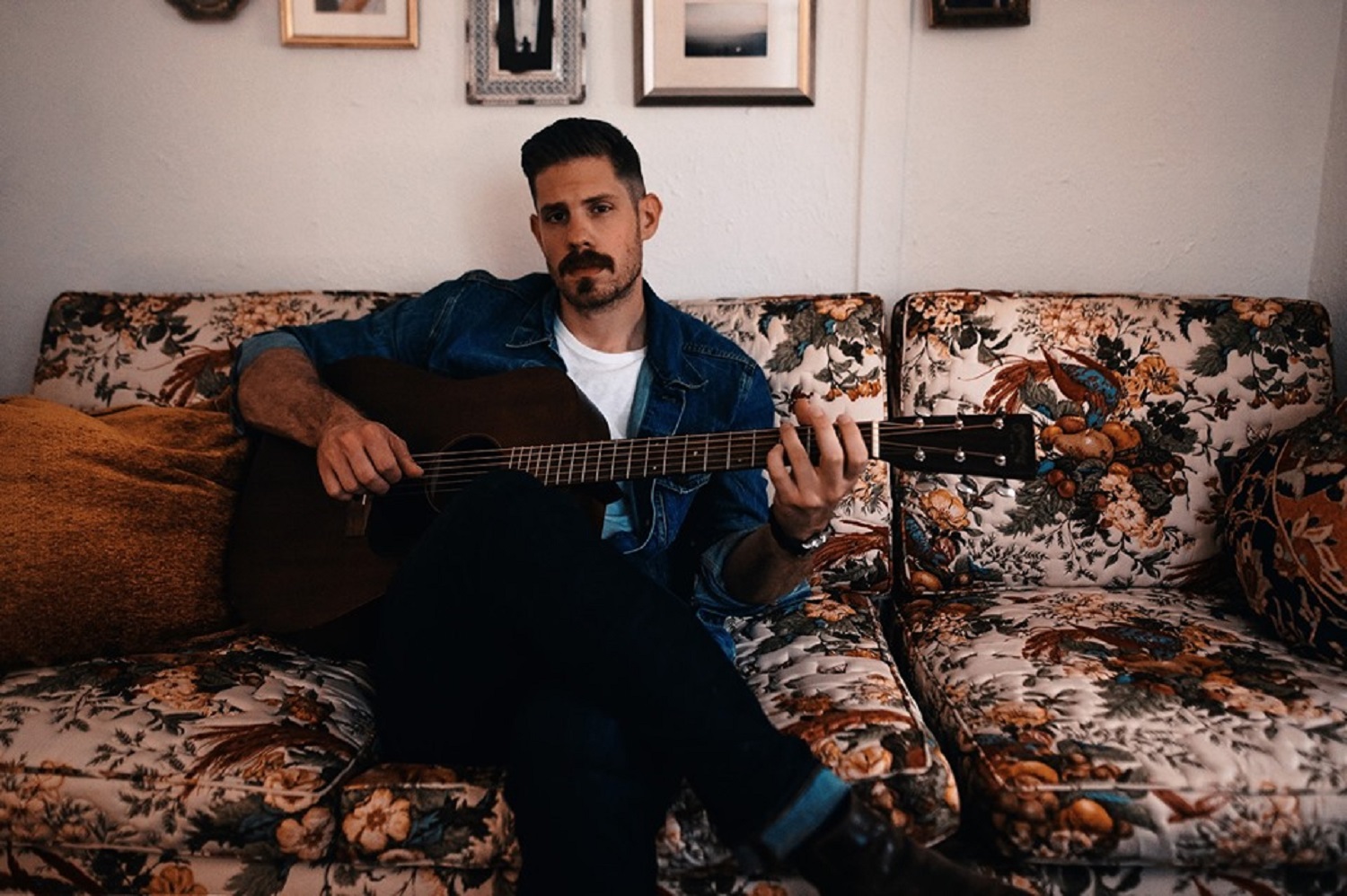 Michael Paul Lawson’s debut single “Wolf by the Tail” arrives at an interesting juncture in the history of western pop music. Steeped in the lyrical reverence and enigmatic poeticism of a modern alternative singer/songwriter scene but not devoid of a classic country swing, “Wolf by the Tail” is a decadently designed, brutally honest ballad that isn’t afraid to hit us where it hurts the most with its unvarnished vocal delivery and sly string arrangement. Cerebral textures haunt the background as Lawson dispenses one melancholic melody after another, his angst-ridden disposition bleeding into every note emitted from his guitar. The harmonies are rigid and willfully grainy, and there are times where it seems as though the rhythm is deliberately scattered and misplaced in the verses, but it doesn’t feel shamefully indulgent or all over the place in structure. Not unlike the capriciousness of a torrid romance (which ironically serves as the subject of the song), “Wolf by the Tail” grips us as tight as it can with its cosmetic charm and takes us on an evocative rollercoaster that is as unforgivingly painful as it is incomparably beautiful.

Lawson’s smoky vocal is the centerpiece of this single, but it doesn’t steal all of the spotlight away from the gilded guitar parts that adorn his every verse. He doesn’t hesitate to belt out the song’s biggest moments without the slightest hint of hesitation; for this being his rookie release, he doesn’t sound unsure of himself at all, nor does he come off as dolefully inexperienced. He comes in really strong on the chorus, but instead of crashing into a supple string melody on the other side of the hook, he’s met with a surreal breakdown in the fluidity of the instrumentation that gives the chilling, albeit stoic, drumming its moment to shine. There’s not a lot of frills in this track; i.e. super-overdriven leads, blustery bassline grooves nor a furious explosion of percussion. Rather than following the same faded formula that so many of his less than sophisticated contemporaries have in recent years, Michael Paul Lawson is experimenting with a dark dirge in “Wolf by the Tail” that is occasionally postmodern to an excessive extent, but the framework of the song is strong enough to convince me that he’s onto something really interesting with this style of play.

So far, this spring has been a really fascinating season for singer/songwriters throughout the underground, and I think that in the grander scheme of things, Michael Paul Lawson is one of the more urbane players that I’ve had the pleasure of reviewing. He’s got a lot of raw talent that could be molded to fit a lot of different styles and tastes, and I’m very curious to see what he does with his sound as the years goes by. “Wolf by the Tail” is a hot track that alternative country fans should take a close look at this month, and if it’s a preview of what we can expect out of future recordings bearing his moniker, then I can’t wait to hear what he comes up with next.