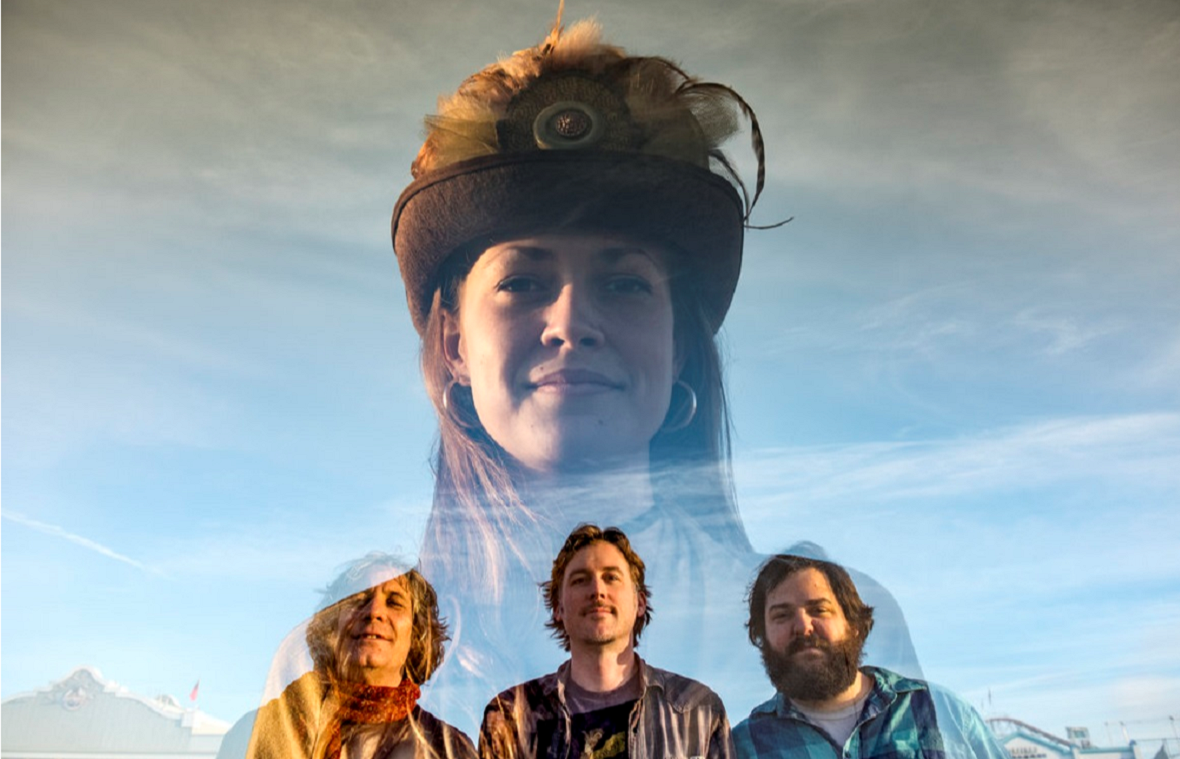 Molly Hanmer and The Midnight Tokers – Stuck in a Daydream

Based out of Los Angeles, Molly Hanmer’s new recording with The Midnight Tokers in tow solidifies her reputation as one of the best singers/interpreters working the indie scene today. Stuck in a Daydream features a dozen songs of superior skill and quality and never panders for listener’s attention. Instead, stylishness and gravitas combine with immense musicality to bring this release together and it easily rates as one of the most satisfying releases I’ve heard in 2018.

The romping opener “Take a Walk With Me” practically has a punk rock edginess to it and the juxtaposition of Hanmer’s emotional voice against The Midnight Toker’s relentless energy is quite a thing to hear. Producer Marvin Etzioni does an exceptional job balancing the competing sonic elements of the song without ever favoring one facet over the other, but yet Hanmer’s voice draws you in from the first. “Real Love”, the album’s second track, is much more laid back in comparison and its earnest sentiments shine through in every line. The loose, relaxed groove hit on by The Midnight Tokers makes this one a keeper as well.

We explore much bluesier territory with the third cut “Fool’s Run (Different Song)”.  Hanmer’s voice doesn’t hint at potential grit in the aforementioned tracks but, here, she unleashes – and it satisfies while still conforming to the same sensitivity we heard from those first two numbers. The guitar work is particularly tasty and the harmonica entering into the track during its second half more than hits the right note. The album’s title song, “Stuck in a Daydream”, has a much more acoustic bent than we’ve heard from the first three songs mentioned, but the melodic shift is welcome and sounds part and parcel with everything we’ve heard so far. The electric guitar flourishes along the way are particularly effective.

The Hammond organ fueled shuffle of “Come Back” links up quite well with Keith Palmer’s drumming and a strong acoustic jangle. It’s another energetic charger and holds up well under multiple listens. The opener’s punky energy returns for “Outlaw Blues” and it’s difficult, if not impossible, to ignore the first take charisma behind this number. It’s an unlikely Dylan cover hailing from his halcyon sixties work, but Hanmer never treats it too reverentially. “Drag You Along” isn’t the cheeriest tune, but the understated near jazz inflections of it lure you in and never weigh on listeners.

The muted finale, “Mama’s In the Spirit World Now”, is equally chilling, yet considered. The plain spoken language of its lyrical content will make you take notice, but it never strains for effect. Molly Hanmer and the Midnight Tokers have successfully collaborated to produce one of the year’s best releases, any genre – Stuck in a Daydream has immense melodic merits, but the intelligence underlying the writing is undeniable as well. It also shows more than a capability to rock out with abandon while still never failing to impress listeners with its musicianship. Highly recommended and not a dud in the lot.