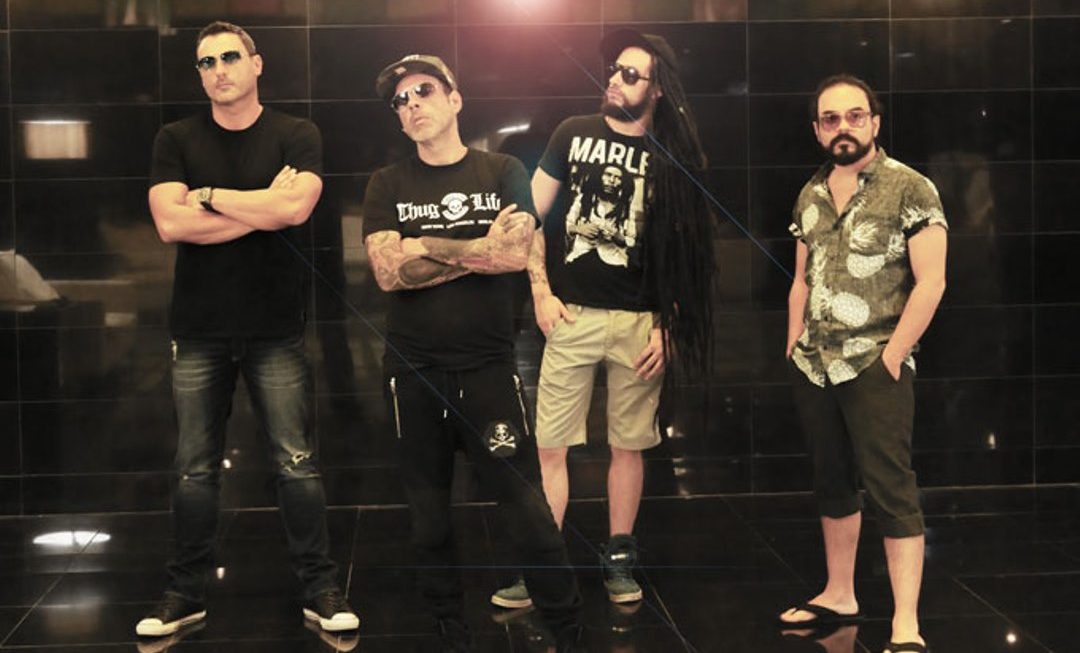 Monsieur Jobs’ “Chow Chow eyyy Pow Pow” comes in two versions with this release – there’s a radio edit and a remix supervised by band member Stan Kolev. The first is a nominally more standard, traditional tune while the remix takes EDM and urban influences we hear in the radio edit to their logical extreme with great success. Co-writer Stan Kolev is responsible for the remix, but the radio edit highlights the songwriting partnership he shares with fellow band member Toby Holguin while also showcasing the contributions of other members Charlie Illera and Leo Jaramillo. Bands in this musical style typically don’t come together like classic rock bands do, but you measure their chemistry the same and there’s little question that these four complement each other quite well even after a cursory listen to both versions of “Chow Chow eyyy Pow Pow”. The band recruits the talents of No Mercy lead singer Martin Citron to cap things off and his contributions to both versions are pivotal in different ways.

The remix is much more muscular and less apparently musical. It’s much more concerned with engaging listeners physically and communicating the necessary dramatic edge that all great EDM music demands. The percussion included in Kolev’s remix has a bare bones, spartan quality compared to the demands of the radio edit, but this removes any preamble between the song and its target audience. Citron’s vocals, likewise, are treated with a varying approach. In the radio edit, Monsieur Job makes some effort to communicate melody and sweetness through the din of percussion and synthesizer swells to make for a memorable contrast while the remix positions a fragmented Citron vocal as a percussive counterpoint of sorts to the song’s pre-programmed drumming. Reviewers often say that a single has something for everyone and these two songs realize that hoary cliché for music fans. The first will appeal to fans who like their modern pop cutting and contemporary while still embracing recognizable nods to the past while the remix will connect with people who wants music to fuel their bodies and provoke them to move.

The inclusion of organic instrumental sounds into the radio edit and Monsieur Jobs’ willingness to pose them in contrast against the song’s more digital aspects is one of the song’s most notable accomplishments. It’s engaging as hell to hear a modern pop song that makes such great use of technology and human elements in a seemingly effortless and highly musical balance. Citron’s far reaching vocal is definitely key to that in the radio edit. He doesn’t just singing the Spanish language verses straight through but Monsieur Job opts, as well, to adorn the song with effective harmony parts and multi-tracked vocals that come off to great effect. It’s a powerhouse single from top to bottom and poises Monsieur Job to become the talk of their respective genre because, if nothing else, they test its boundaries with a striking creativity much different from their peers and contemporaries while still entertaining everyone who hears their work.

The Best Things We Saw At Miami Art Week 2021