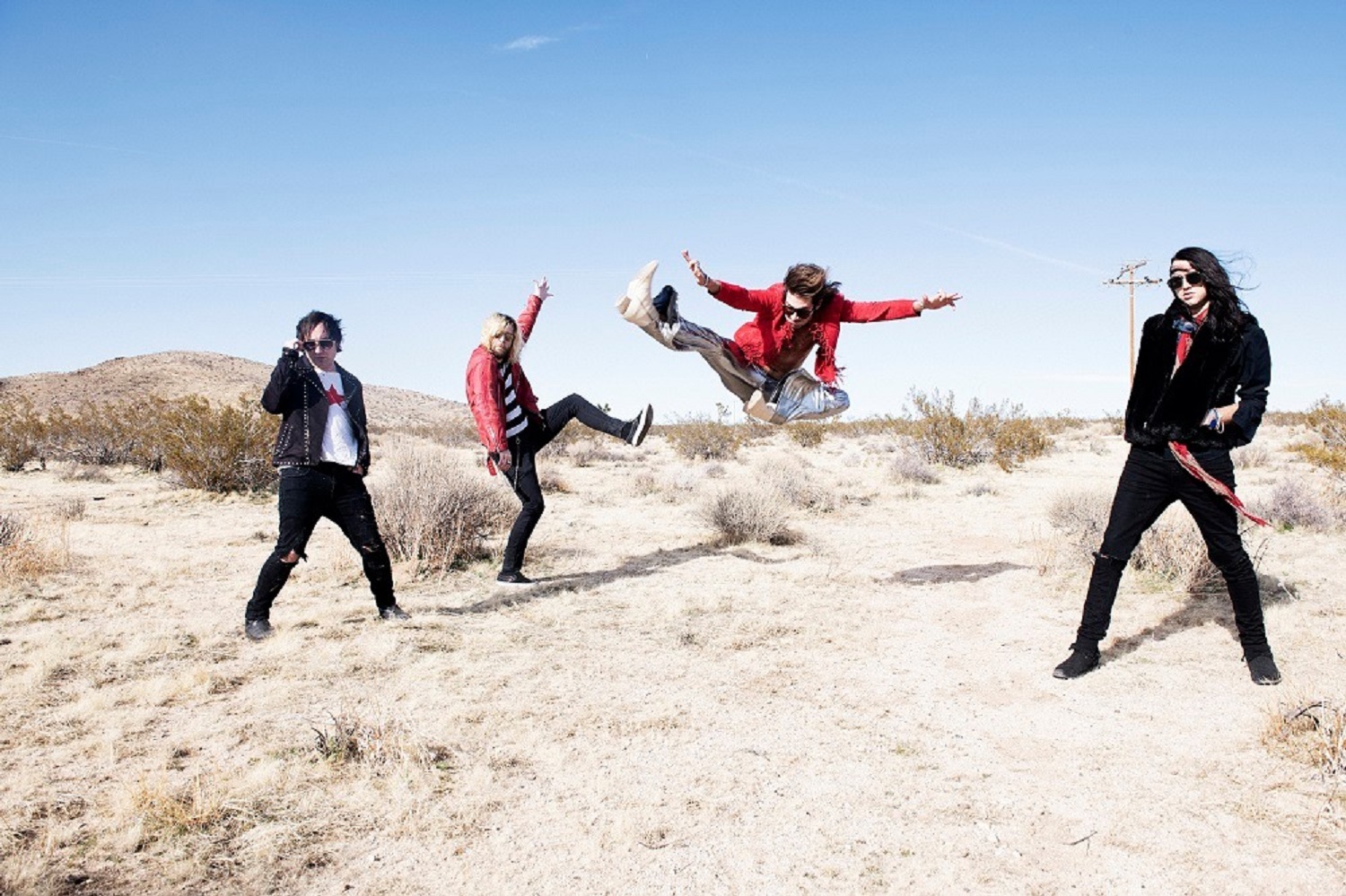 Moon Fever “Shaking Off The Evil”

There’s something haunting the boys in Moon Fever this summer, and whatever it is, it’s coming to the surface in the melody that precedes the first few lines we hear in their new single “Shaking Off The Evil” and its music video. “Shaking Off The Evil,” which is currently out and available everywhere quality indie rock is sold and streamed this August, has the structure of a progressive composition, but its hook is definitely more of the pop/rock variety than it is anything in the artsier underground of alternative music.

The video is plainspoken and a little raw for what I was originally anticipating out of this group, and try as I might, I don’t find anything in its contents to tether the primary aesthetic in its imagery to any of the so-called revolutions in pop today. Truth be told, Moon Fever doesn’t have many of the ‘attributes’ that some of their contemporaries do – and they don’t seem to care at all in this song. What they do care about is delivering a single that is complex by design, mature in nature and melodically efficient whilst being captivating to the casual and hardcore fan alike, and for my money, they scored a slam dunk.

Aside from the visuals we see in the video for “Shaking Off The Evil,” the multi-interpretive lyrics being offered to us through a haze of distorted harmonies take on an even darker tone thanks to the execution style employed by our lead singer. Moon Fever chose a production technique in the master mixing process that essentially abandons any need for instrumental varnish, but I still like that they didn’t leave us with a completely barebones melody next to the verses. Juxtaposition was key to making every layer of the sonic beat-down in this single and its video accessible to the audience, and although it has the feel of a stadium-shaker (even at moderate volumes, I might add), it doesn’t have any of the fluff that such content is typically riddled with. This band seems to know what kind of rock band they want to be, and for a group that doesn’t even have a full-length record in their discography yet, this is something to really take note of.

2020 has been a so-so year for a lot of the American underground’s more promising acts of the 2010s, and while I’m reticent to brand them the face of a new era in indie rock, I think there’s enough spirit in the play Moon Fever are affording us in “Shaking Off The Evil” to say they’re one of the big boy groups coming into the fold this summer. They’ve got a lot of creative options sitting in front of them as they prepare to move forward with new material, but I myself think they’ve done their best work when flexing a lot of muscle has been their primary objective in the studio.

There’s time to develop their poetic side even more, but for now, I want to hear just how intense Moon Fever can get.