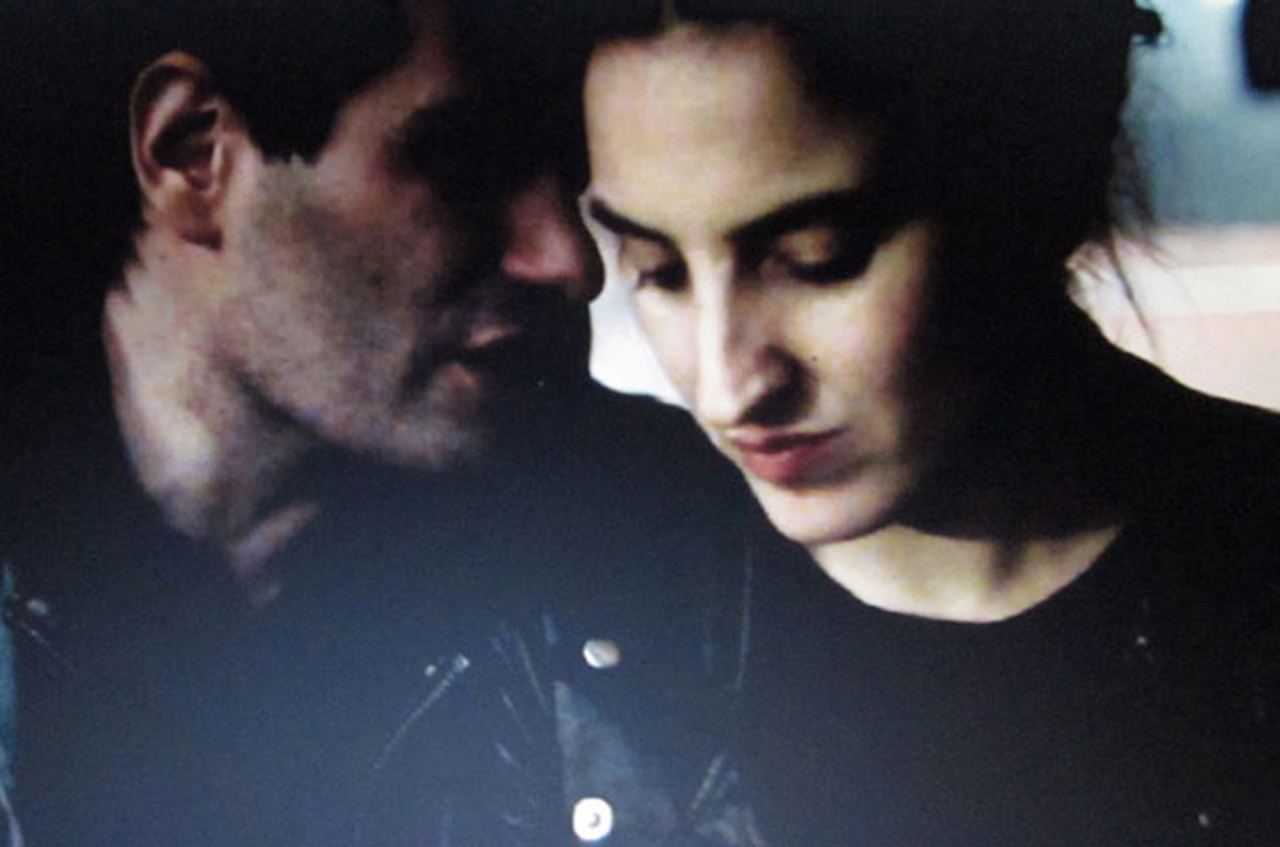 Dark atmospheres, collages with disfigured people, airs of innocence and child psychosis give shape to Mueran Humanos, an Argentine band formed in Berlin.

Carmen Burgess and Tomás Nochteff are a two-headed monster that makes music that could be heard in purgatory, at the time of moving from light to dark. With their art, which includes music, collage and cut up, they explore the human misery with humor and love.

During their visit to Argentina Carmen and Tomás told their story, their disappointments and victories in these lands and faraway ones.

Why did you leave Argentina?

C – He left for one reason and I did it for a totally different one. I was a little bit more lost, I left without thinking about it that much; I knew he was there and that I could count on him. Although we were not dating then, but I knew he was there for me.  I left with the crazy idea of becoming a filmmaker although I have never studied anything related to that. I had girl roommates and I used to follow them all around the house filming them for making experimental movies. I always like drawing and making collages so I used to include them in the short movies. With the little money I’ve taken I bought a new camera and I used to spend my time doing that.

T- She had taken 800 Euros and spent 500 on the new camera, I had no money so it was like starting with nothing.

What did you find enchanting about Berlin?

T- Actually we first lived in Barcelona, nothing was going on there so we went to Berlin because Carmen had an exhibition of her collages there. We played during the opening, then other gigs appeared so we decided to stay.

C – Before Mueran Humanos was borne I had started experimenting with collage, mixing images with text and things like that. But when I moved to the first house there in Barcelona I made myself a studio in one of the rooms and I really improve my collage technique. The first time we went to Berlin we went to visit a friend; we took a folder with some of mi pieces and Tomás thought that it would be cool to go to some galleries and ask if they would like to exhibit them, that was how I got my first art exposition.

T – So we realized that in Berlin we could do whatever we wanted to.

Mueran Humanos was borne as a multidisciplinary artistic group till finally you decided to become a band. What is the importance of interdisciplinary art for you?

T – A rock band actually is an interdisciplinary art project, but what happens often is that the bands delegate lots of things. Being in a rock band includes a little bit of acting when going on stage, it includes painting and drawing for making the flyers and the cover art of the records, it includes film making for the videos, poetry for the lyrics…  The different thing about Mueran Humanos is that we like making all those things ourselves or at least to be involved in the making off. I think that we choose to become a rock band because we could mix a lot of art activities while playing.

All of your songs seem like extracted from reality and then passed through an obscure but innocent filter. What do you pay attention to while walking down the streets? Where do all this reinterpretations come from?

T – What you are saying is true about the filtered reality. We use a lot of images from the big media for doing the collages. Carmen uses Pictures from Cosmopolitan, Vogue, not from underground magazines. When I work on my cut ups and write lyrics with them I use pictures of words I take out from newspapers like the New York Times, The Guardian, I don’t use William Burroughs or Rimbaud, on the contrary. So it’s like a triturating process. Everything we do has a lot of that, like as if somebody was stabbing a paper for five days long.

C- Anyway, in my series Seventeen, you can see that I leave the pretty things like colors and accessories. Sometimes we walk down the street and I see a human monster passing by and I tell Tomás “Seventeen”.  The  70% of the time we are not talking seriously.

In many songs you sing about religion. What do you find fascinating about it?

C- I’m pretty religious but in my own way. I don’t go to Mass, I don’t pray at night, but today I walked by a church and ask something to Virgin Mary, so I kind of relieve in it as well.

What are the differences between alternative art scenes from Argentina and Berlin?

T – The difference is that in Argentina there isn’t any structure that supports underground bands. An Argentinean band for succeeding needs to go from the underground scene to the mainstream one. Here underground only means being known for just a few people, while in Europe, and other parts of the world, being underground is a way of making art; you could be underground and successful, like Sonic Youth, Fugazzi or Aphex Twin. Here in Argentina is impossible because, despite the many years of underground culture, there isn’t an underground circuit able to continue over the years. There isn’t an union and a connection between cities, the art circuits of different cities have no connection with each other and that is tragic.

C – The thing that surprised me about Berlin is the respect that people have for the artist, there is much more respect than judgment.

Can you recommend us some cool bands from Berlin?

T- I like Ill Winds and Camera, the band of Michael Rother, former guitar player of Neu!

C – A band that we have just discovered while we were on tour is Valevka Vaklav from Normandy. Other bands that we like a lot are Cult of Youth from New York, Naked on the Vague from Australia and AWOTT from Russia, Travesti and Mujercitas Terror from Argentina.

With your music you were able to achieve what many couldn’t, making songs with lyrics in Spanish international, and having fans from places like Germany and Russia. Why do you think that happened?

Carmen – I have no idea, we never though about it. We just did what we could and what we like and it is in Spanish. Maybe is our attitude what they like or maybe is the fact that we are playing in a market where people think beyond language. We are natural, maybe that’s the reason.

T – I think that we do what we want, something new that reflects our personality, you could like it or not but it is unique. That’s the reason why there are many people who doesn’t care about understanding the lyrics.  If there was a band that did the same as we do but in English, people could probably be listening to them, but there isn’t, we are different. We were lucky as well, because there are many unique bands that didn’t have the opportunities we had.

C – I think that there is something that goes beyond the language. Well, actually I grew up listening to bands that drove me crazy and I couldn’t understand a word they were saying.

And do you have any ritual before going up the stage?

The ritual is on the stage.

You are currently working on your second album. Can you give us some hint about it?

T – We have a lot of new stuff but we haven’t decided much about it yet. I think we have to go back to Germany, get a little bit isolated and see what happens.

C – It has to be like our first album, including the strongest artistic and musical stuff that we have. The new record is going to have a lot of innovation. 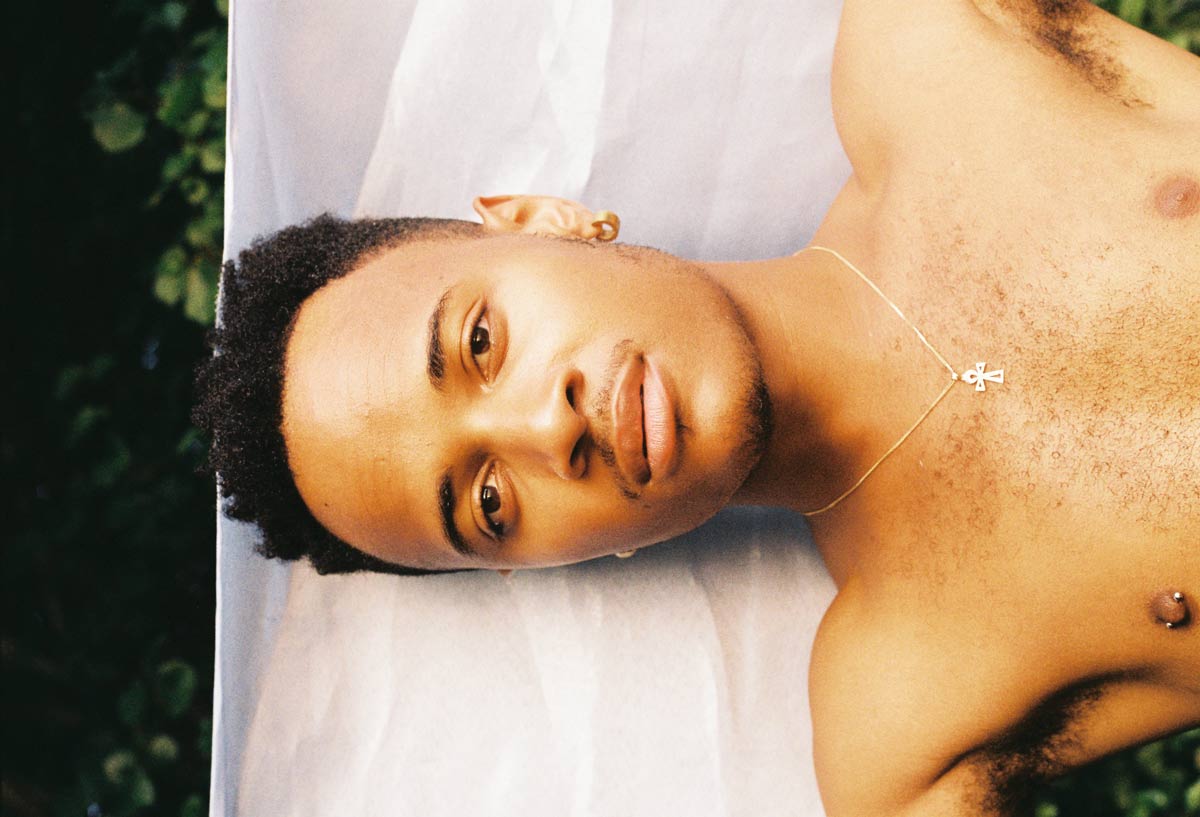 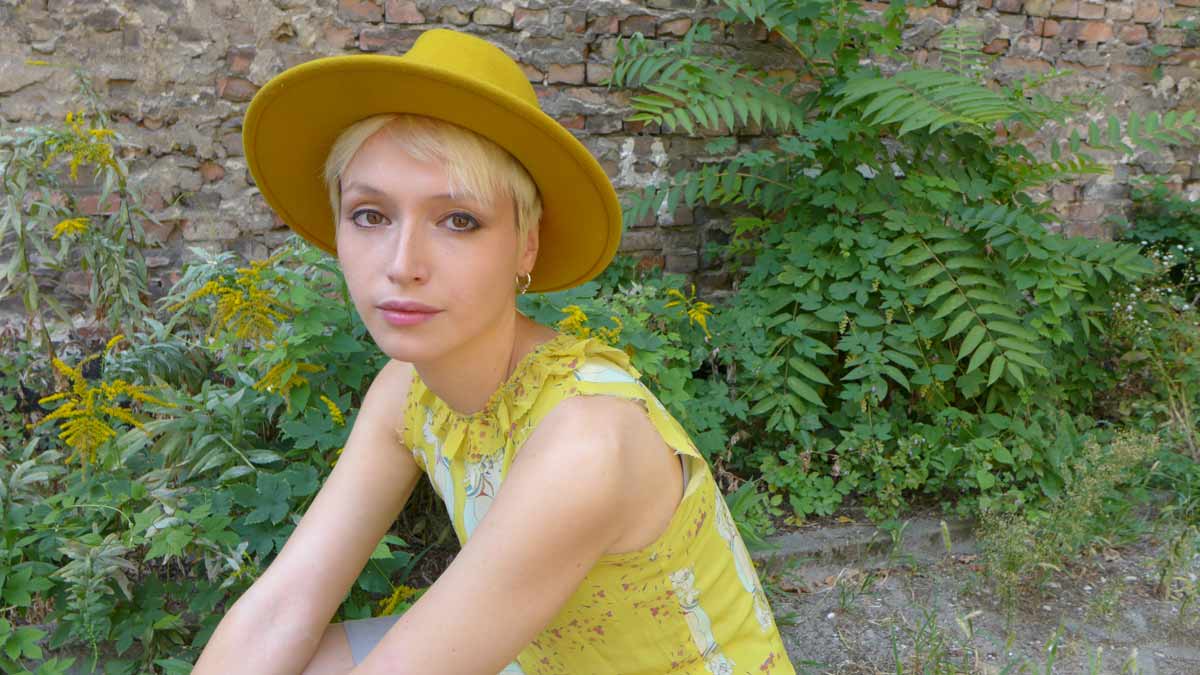