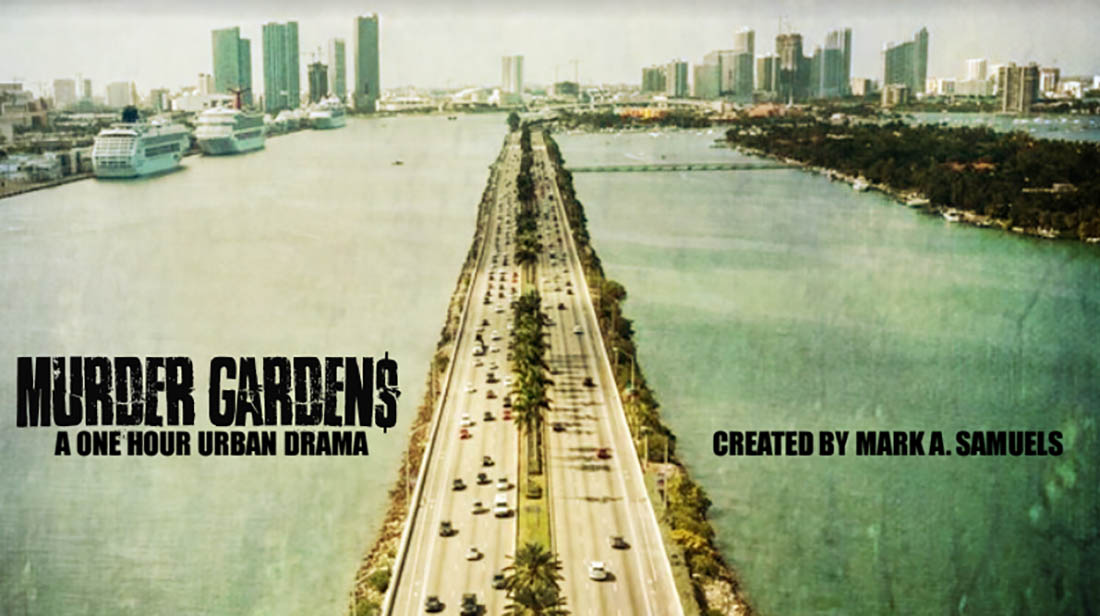 “Murder Gardens” shows us the dark side of Miami

The new “made in Miami” crime drama “Murder Gardens” focuses on the part of Miami that tourists and television cameras don’t see; the rougher neighborhoods, the crime, the drugs and the violence that are not pictured when people mention the Magic City.

Created by Mark Samuels, the show centers around the story of Chase Washington, a 19 year old young man whose whole world has been turned upside down after he leaves the safe comfortable life that his foster father created for him, for a life of crime and corruption that he is introduced to by his older brother Rell Washington. Faced with the biggest dilemma of his life Chase finds himself in a life or death scenario once he gets involved in a crime that goes drastically wrong with Rell and a group of friends. As a result chase ends up in the middle of a war between a notorious crew of drug dealers, corrupt politicians and local law enforcement. Determined to survive and prove that the brain is mightier than the gun, Chase finds a way to outsmart his new found enemies and keep him and his brother out of prison and/or a graveyard.

With a cast that is formed almost entirely of African American, Caribbean, Latin, and other minorities, Murder Gardens aims to be the next show that hooks people in. The creators were inspired by shows such as The Wire and Sons Of Anarchy, and “Murder Gardens” will greatly appeal to the audiences of the new wave of self-empowered underdogs that have been popular these days, such as Orange Is The New Black and, of course, the classic police based series such as Law And Order.

Check out the trailer for the show here!