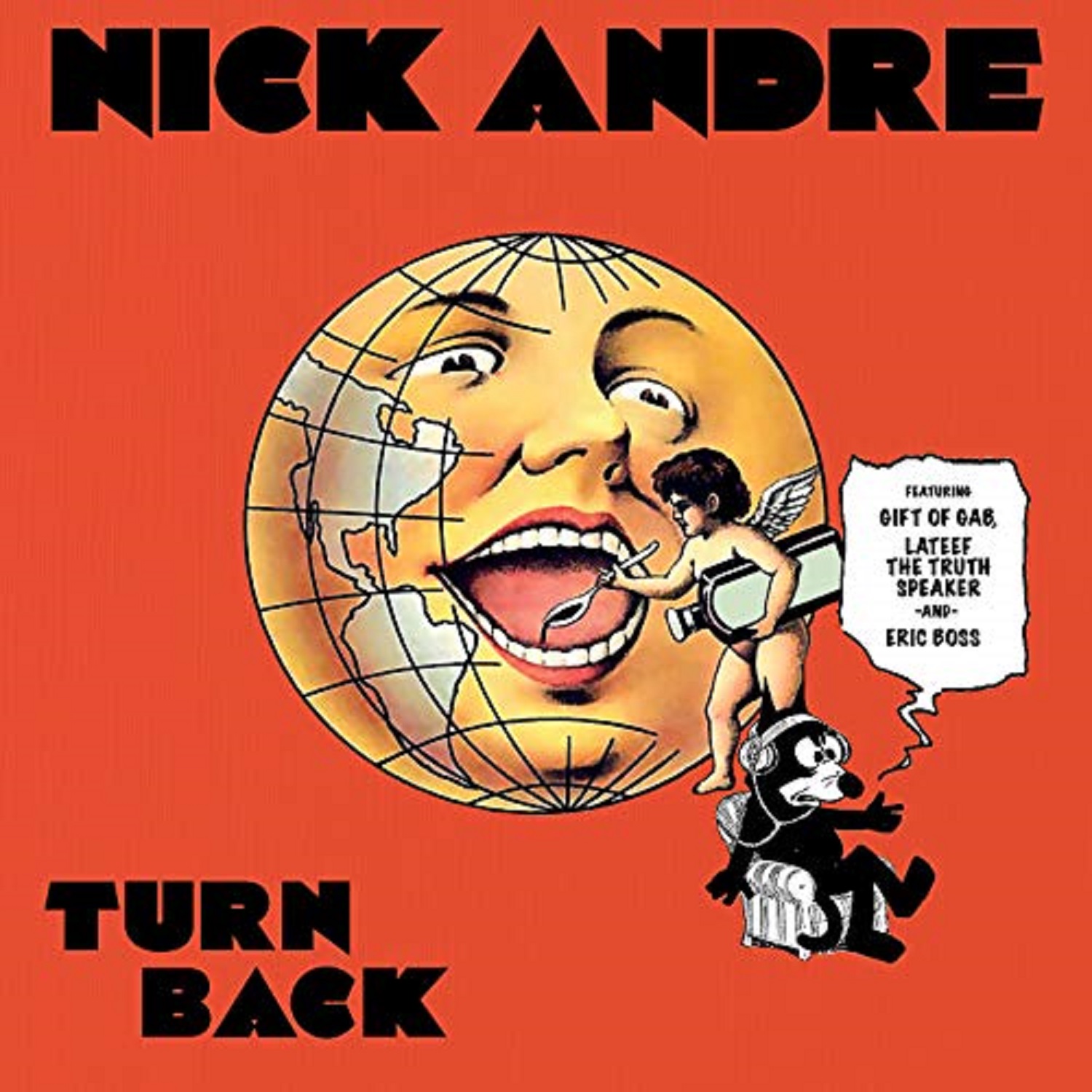 A stirring drumbeat wanders along an uneven path in the first few seconds of “Turn Back,” the brand new single from Bay Area indie rap sensation Nick Andre (and featuring heavyweights Gift Of Gab, Lateef The Truth Speaker and Eric Boss). That path is littered with a springy, reverberated tone that struts through the percussion every now and again. Enter the vocals, and suddenly we’re awash with a sense of insularity that is gripping down on the bass with all of its might. The music is getting heavier, but the vocals are slicing through the sonic soundscape with no trouble at all. Though there’s a significant conflict brewing between the execution of the verses and the tempered pace of the music, and the resulting contrast is as magnetizing as the rhythm of the drums is.

With the confidence of the Warriors’ starting five, “Turn Back” starts to really come alive once we reach the first chorus, which explodes just before the one minute mark and drowns everything within earshot in an opulent, funky harmony. Layers of soul, psychedelia and violent jazz fall into place as we work our way through the meticulous arranging of the instruments, which starts with the bully-esque bassline and finishes up with the traces of echo left behind in the wake of thundering drums. Through it all, a tortured melody stays afloat through the unadulterated crooning juxtaposed with straightforward rap, ultimately forming the foundation for the song itself. While the formula is essentially repeated in the second half of the song, it doesn’t grow stale; only more potent with each vicious attack.

As feisty a framework as “Turn Back” features, there’s nothing about its swanky melodicism that could be considered so freewheeling that it becomes hard to categorize. Alternative hip-hop has been growing and evolving beyond what anyone could have imagined over the last few years, and in many ways Andre is expanding on its most surreal elements in this song without attaching its narrative to some greater movement going on within the genre. This sound is so much more upfront and aggressive than what similarly stylized Bay Area rappers have produced as of late, but not because of some adrenaline-fueled bassline or sardonic prose. “Turn Back” is provocative, but only within the realm of it’s reserved, uncorrupted aesthetic.

Nick Andre’s new single fades away with the same bristling rigidity that it kicks off with, churning us in a whirlpool of percussive clattering and bittersweet synthetic tones that playfully duel and evaporate as quickly as they first appeared to us. In a live setting I can see this track having a lot of potential to become a full-blown jam that could be manipulated and improvised when undertaken by the right sort of players. Andre and the elite company he keeps in “Turn Back” fire on all cylinders as a unit and deliver something that is truly inspired and thoughtfully accented with brilliantly produced studio effects. I highly recommend this to both dedicated rap aficionados and more novice listeners alike – if its stinging lyrics don’t win you over, its juicy grooves are almost guaranteed to.