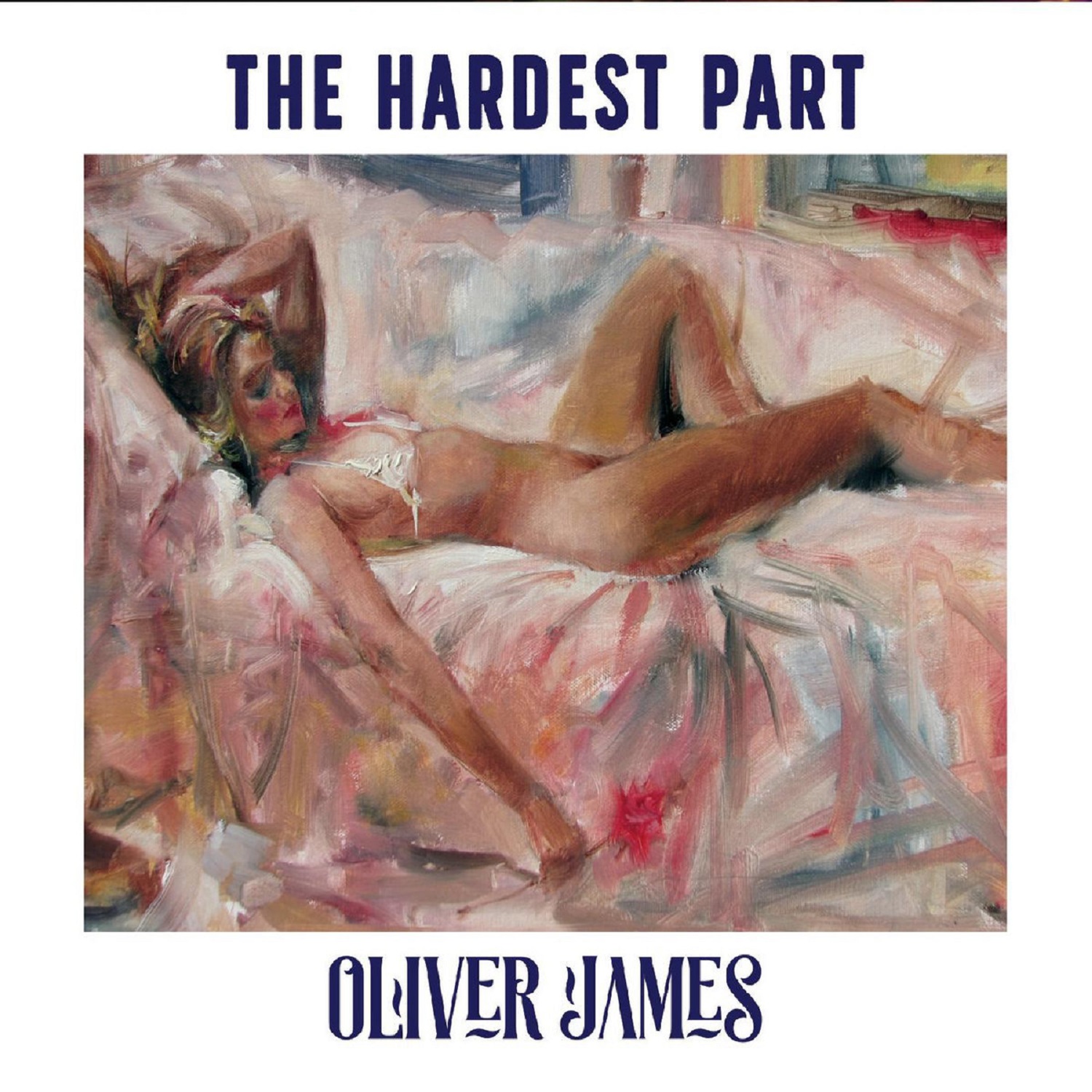 With a slow-handed sway, Oliver James invites us into the gentle opening melody of “Still Holding My Breath” and the fragmented harmony it so rustically frames. In this song, and all three that join it in the tracklist of James’ new EP The Hardest Part, our leading man suggests that he just might be at his most exposed point in-studio to date, not only through his lyrics, but through the melodic churn that accompanies his every verse. “I wanna know / If the fire that burns / Burns for you and me both” he exclaims in one of the more memorable moments in the track, his words aching with the sort of emotionality that you just don’t find everyday on the pop charts anymore. To be as blunt as I can, The Hardest Part presents an Oliver James who is unguarded, unpolished, and unabashedly sounding like a force to be reckoned with in all the right ways.

The title track and “Still Holding My Breath” are two of the most progressive songs that this guy and his self-titled band have put onto any record, but I’m not totally convinced they’re giving us a sneak peek into the future of his sound, and more specifically, his aesthetical approach to songwriting. “Wait for Me” and “A Different Kind of Pain,” which together comprise the second act in The Hardest Part, are as committed to their modest framework as the former two are a more conceptual blueprint, and while I’m tempted to focus on the differences between the two pairs of compositions, I think it’s just a bit more compelling to take note of how multifaceted all four of these songs are from top to bottom.

“A Different Kind of Pain,” for example, is almost exclusively defined by its impurities and contrasts in tonality, which is essentially as far away a style as one could get from “Still Holding My Breath,” which sounds and feels literally like a growing symphony of muted melodies unassumingly more evocative than the not-so-nearby lyrics are. James’ vocal acts as a sort of linchpin holding everything together in these more eccentric moments, and though he’s not showing us anything about his singing skills that we didn’t already know, I don’t believe he was going for anything different in The Hardest Part. This is a meticulously designed EP, and a few cosmetic hiccups aside, it’s as engaging an effort as it was likely meant to be.

Longtime supports and newcomers to the Oliver James sound alike will need to hear The Hardest Part for themselves to decide what they ultimately think about James’ current place in the underground hierarchy his band has been ascending in the past decade, but for my own personal taste in music, this is a pretty hard listen to beat if you’re trying to finish out the year with an experimental fantasy divided into four elegant and eclectically collaged tracks. This is undoubtedly the most diversified his music has ever been, and if it’s any sort of indication as to what he’s thinking about doing in the next decade, I’m certain he’s going to continue making headlines with his work.