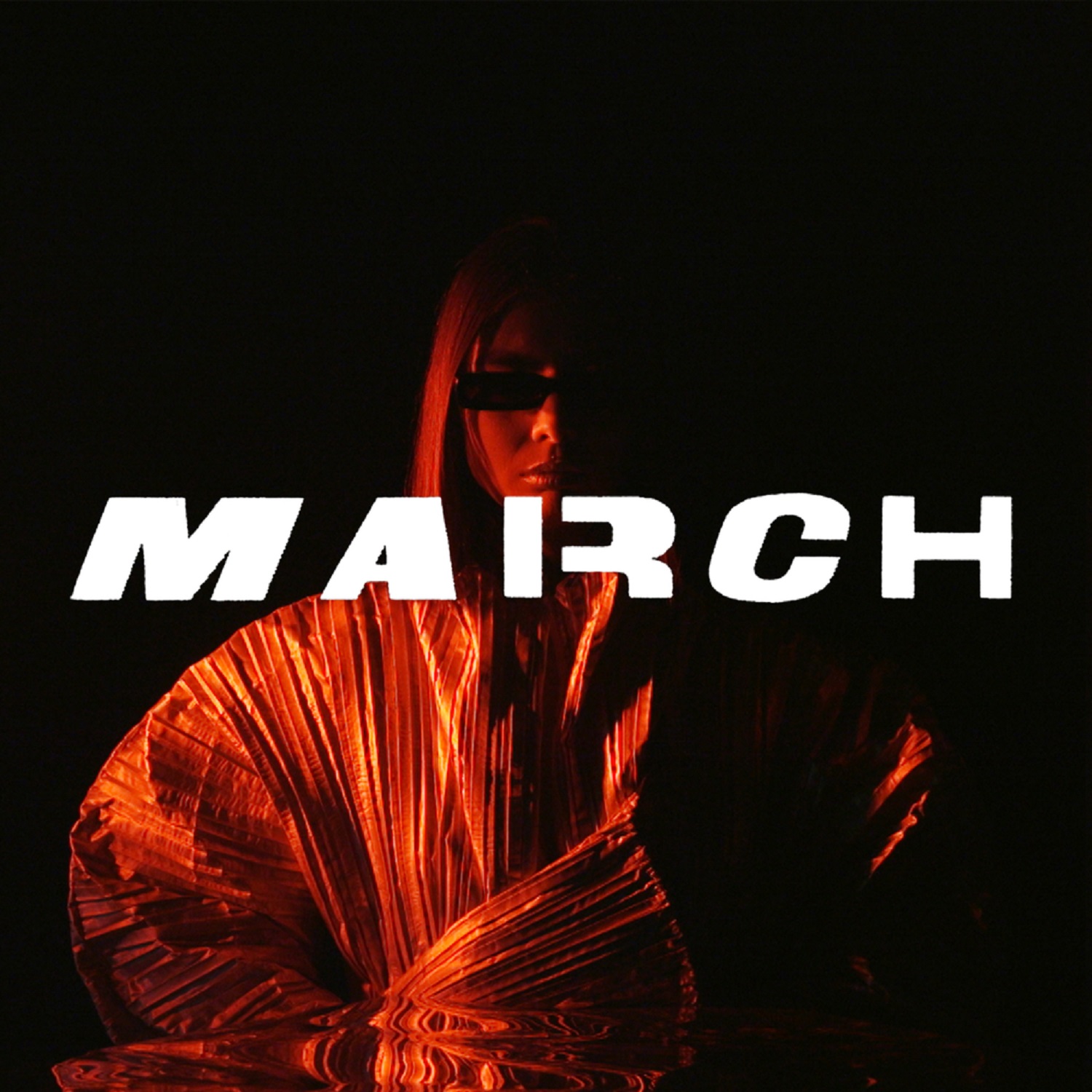 Few releases stand out with as much individuality as OLIVIA NEUTRON JOHN’S new single “MARCH”. Released by Sister Polygon Records, a label ran by post punk four piece Priests, it is the first recording we’ve heard from JOHN since 2014’s Injury Train and I’m Never Getting Off It b/w Vulnerability It, likewise, boasts the same synthesis of punk rock attitude and dance music of Olivia Neutron John’s music thus far. It covers a wide gamut of emotional responses while manifes

ting the sort of physicality sure to engage listeners from the outset, retain their attention throughout, and keep them coming back for more. The enigmatic music video accompanying the single release imbues the track with an added layer of mystery without ever coming off heavy-handed and accentuates the music’s minimalist bent without ever obscuring the song’s musical merits.

The bass line running through the track, running just under three and half minutes long, gives it a consistent and solid pulse and the quicksilver flashes of synthesizer placed over the bass and electronic drums provide tasteful color. Despite the distinctive, even idiosyncratic, approach Olivia Neutron John takes, “MARCH” benefits from a coherent structure accessible for any listener while remaining delightfully unpredictable for any newcomers to ONJ’s music. It is impossible to associate this track with any sort of imitation and it stakes out its own territory while still retaining identifiable reference points for experienced music listeners.

The lyrical content has the same spartan and economical slant as ONJ’s arrangement. There isn’t a single extraneous word or any wasted motion and the plain spoken longing and desperation in the writing has an autobiographical suggestiveness its target audience will respond to from the first. A. Nasty, the prime mover behind Olivia Neutron John, has an ideal voice for the material. They are, in turns, pleading and assertive, breathy yet dramatic, and stand out as the center for the rightly ballyhooed punk aesthetic giving the track much of its edge. They, likewise, possess a keen ear for where their vocals should rise and fall within the context of the song’s arrangement and never push too hard thus risking losing their listener.

Taken as a whole, both song and video, ONJ has returned with a well honed musical vision and a resolute defiance for following trends or contemporaries. Instead, A. Nasty blazes their own trail, crafting music true to their own experience yet expansive enough to invite listeners into their world. “MARCH” is an invigorating listen and provides a near perfect prelude to ONJ’s forthcoming slate of live performances scheduled for March, including three dates at the prestigious South by Southwest Festival.

This is music and writing inhabiting its own particular world, but the world isn’t far removed from our own experiences and ONJ frames it in such a way listeners will return to the song over and over and whet their appetites for the project’s upcoming new full length effort. “MARCH” bears all the hallmarks of music capable of standing the test of time without being marred by self-indulgence or willful obscurity; those already familiar with A. Nasty’s talents will be pleased and newcomers could scarcely hear a better introduction to what OLIVIA NEUTRON JOHN brings to the table.