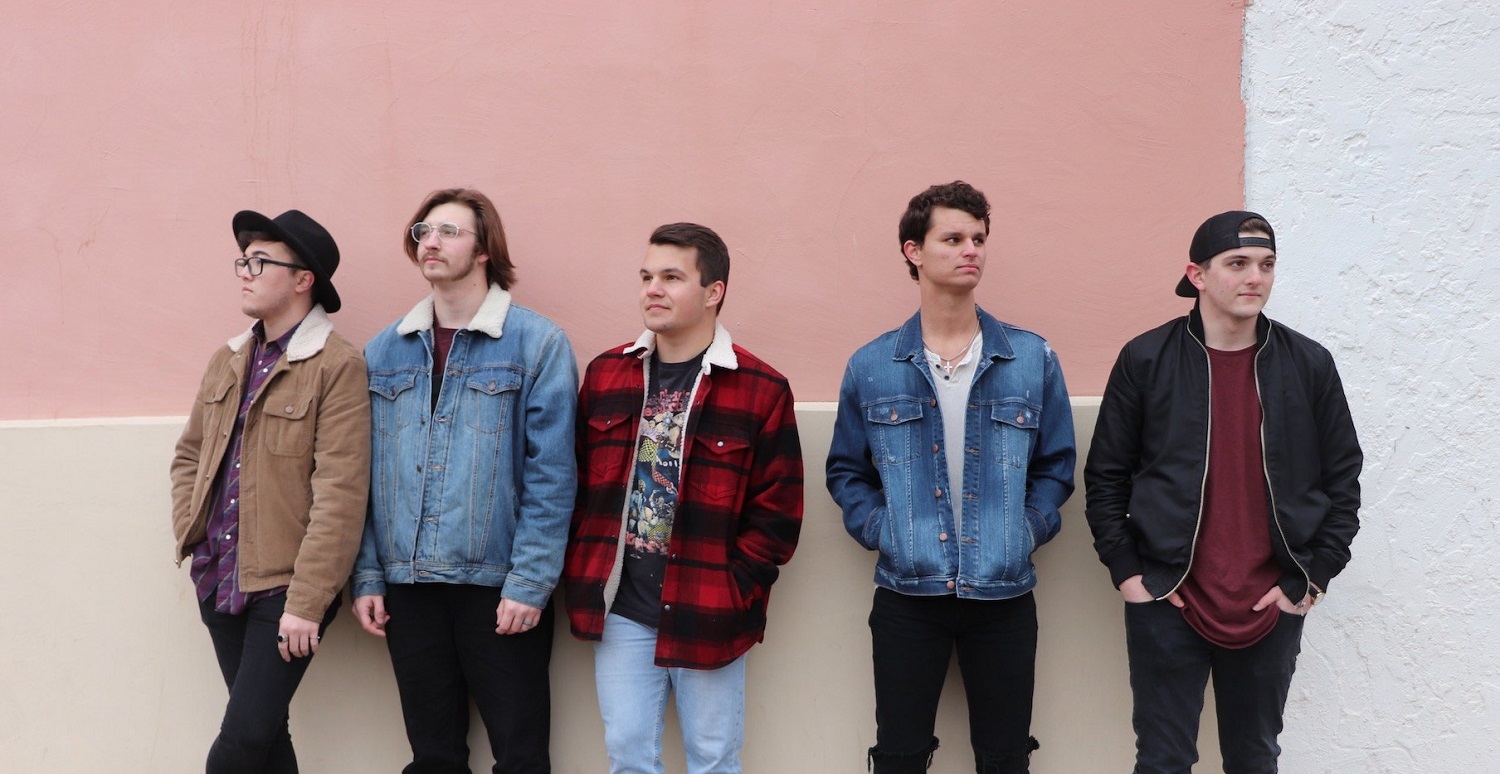 One Two Ten’s single “Heathers” is a vivacious and restless blast of melodic rock managing to straddle multiple genres while never sounding out of place in any particular area. The Oklahoma City based five man band aren’t musically myopic – their youth proves no obstacle when it comes to sharing reference points with the past as there’s a decided retro influence felt at various points throughout “Heathers”. At its most fundamental level, however, “Heathers” traffics in pure fundamental songwriting.

Lead singer Andrew May breathes life into a convincing main character inhabiting the track, referred to by the band’s press as a “short story”, and the other four musicians do a five star job providing a gripping aural setting for the narrative of her life. “Heathers” is modern, yes, but likewise has timelessness that all great songs possess and invites listeners to keep coming back for more.

There isn’t a single component of this release that feels slack. One Two Ten bring their A-game to bear on this release and, from the first second to last, “Heathers” roars with the unbridled electricity of a band who feels like they have something to prove. They prove they deserve a seat at the table with any of the other guitar-centric four or five piece acts working today, those with major label support behind them or otherwise, and lead the way with steady dependable songwriting. Spencer Christian’s lead guitar playing leaves scorch marks across the track when he unleashes torrid cascades of six string fireworks, especially during his concluding guitar solo near song’s end, but he makes a sizable impact as well playing alongside able rhythm guitarist Stinson Fuller.

The rhythm section of bassist Evan Burgess and drummer Jon Edmund form an imposing team as well. They provide “Heathers” with rock solid bottom end grounding that, nonetheless, shows to have outstanding flexibility throughout the course of “Heathers”. They definitely provide Christian with the dependable platform he needs for conjuring his aforementioned lead guitar magic. Lead singer and keyboardist Andrew May doesn’t make his contributions in playing the keys overt during the course of the song, but his vocals are another key in One Two Ten’s musical attack. He has authority unexpected for his age and his lush voice commands listener’s attention throughout the course of the song.

It is well written on every level. The band aims to create a strong and memorable characterization with the lyrical content and it succeeds without ever lapsing into pretense or attempting to remake the songwriting wheel for its audience. Significant detail is what makes the words so meaningful, never pseudo poetic musings ultimately adding up to nothing except ornamentation.

It’s a lesson many of their artier contemporaries could heed. Despite some clear influences from both the past and present, One Two Ten boast their own idiosyncratic voice and it is that element, above all others, that helps set “Heathers” apart from the vast majority of rock singles emerging in recent years. It isn’t an one and done listen and, thankfully, One Two Ten never sound like flashes in the pan destined to soon fade out into obscurity or disbandment.