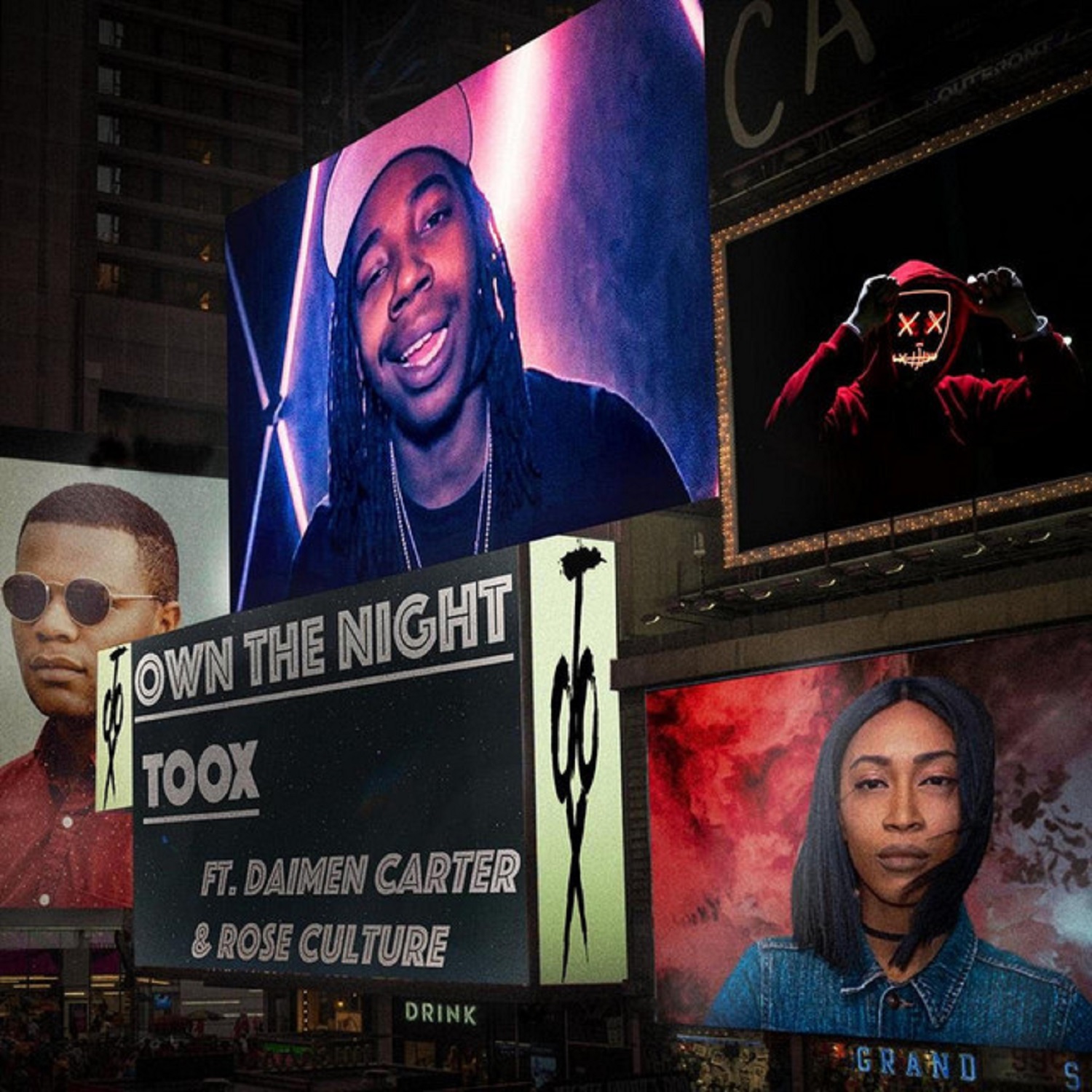 “Own the Night” by Toox (feat. Daimen Carter and Rose Culture)

“Own the Night” highlights the skills of relative new arrival Toox, but likewise features the talents of vocalists Daimen Carter and Rose Culture. The trio is likewise credited with writing the song, an unusual step in a genre often concentrating creative power with the producer and demoting the artist to a merely performative role rather than involving them in the song’s imaginative process in any meaningful way. The production efforts from Juicegotkeys, Michael DeBarge, and Chey de Los add crowning aural touches to this single that make it must hear material for anyone interested in modern music. DeBarge, in particular, has a profound effect on the sound and shape of the track as he also supervised the recording at New York City’s The Music Building studios and his collaboration with the artists heard during this song bears obvious fruit.

The vocal treatment is especially satisfying. Culture, Toox, and Daimen Carter alike showcase their gifts in ways that maximize their respective contributions to the track without one performer ever outshining the other. The focus fixes, naturally, on Toox, but it would be a much lesser outing if not for the support Culture and Carter alike provides the song. Their secondary vocals are well produced and complement Toox’s own performance. Rose Culture, in particular, stands out besides Toox’s own performance thanks to the classic R&B touches she brings to the performance. Though she has experienced regional success with her music, “Own the Night” represents a fine opportunity for her to show off her vocal talents for a wide audience.

Toox takes on his vocal with the cool demeanor of a veteran performer. You would never know listening to his performance that Toox is still, for the most part, a newcomer to releasing his music on a wide scale and there is no question that he has been performing long before he ever entered a recording studio for the first time. His well seasoned instincts for what makes an excellent performance help put “Own the Night” over the top without ever entirely overshadowing his musical partners. There is no one spotlighted performance marking “Own the Night” – each vocalist makes their presence felt on the track in their own soon to be signature fashion.

The lyrics benefit from well chosen imagery and were obviously written with the musical arrangement in mind rather than shoehorned to fit the track. This is another natural byproduct of Toox’s gifts we are fortunate to hear throughout the entirety of the cut – each part of this performance comes across as effortless, a natural extension of the performer’s personality brought to life via recording. Daimen Carter, Toox, and Rose Culture make an impressive artistic team on the single “Own the Night” and the track stands as one of 2020’s most spirited hip hop efforts, but there’s more. It has moments of genuine soul you cannot help but respond to and one can only hope this trio will work together again some time in the near future because they pack quite a creative punch paired together.