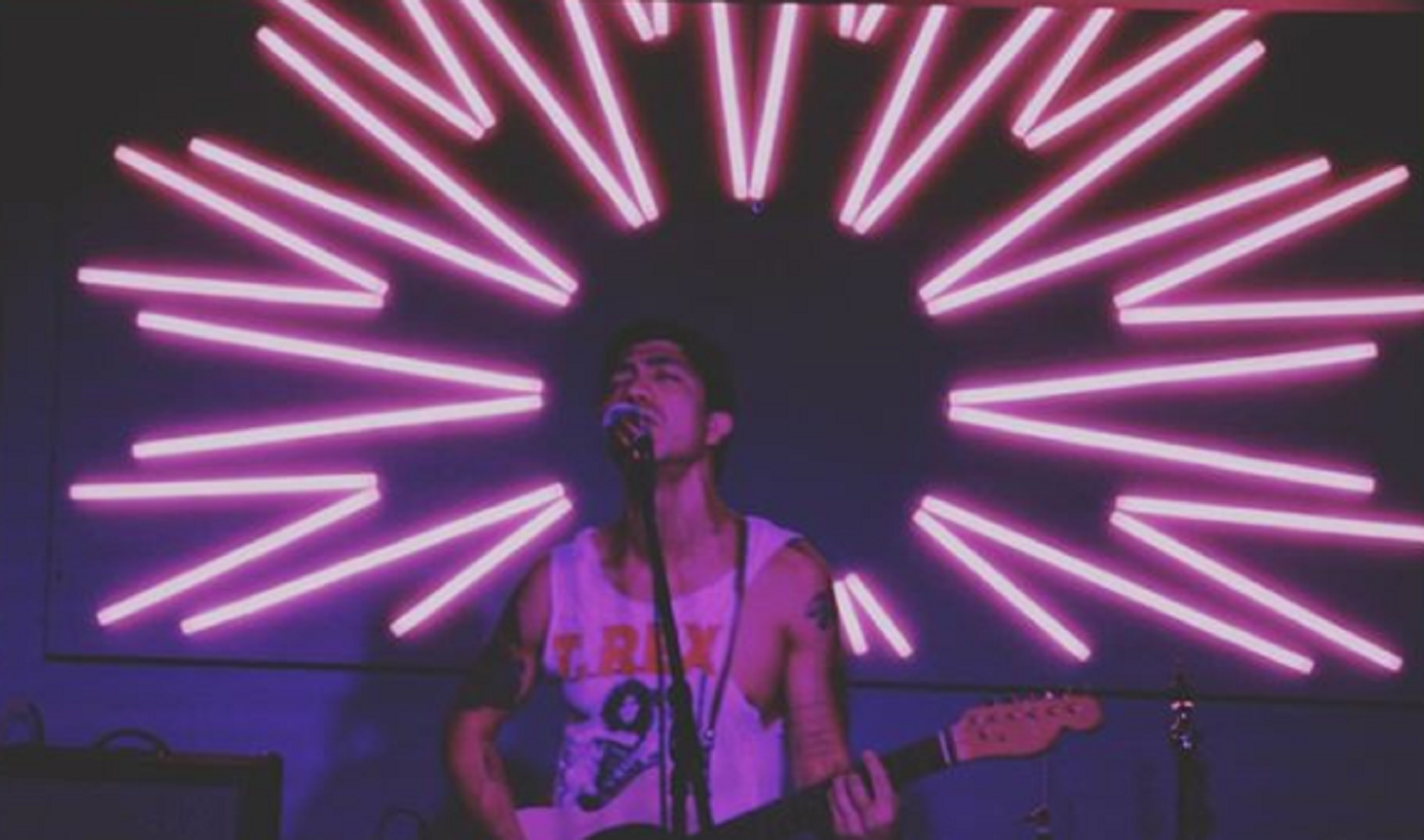 Blending surreal string arrangements with beefy basslines and evocative lyrical luster, Dan Rico absolutely kills it in BA$EMENT P0P, his all-new EP out everywhere music is sold this March. In four decadently constructed pop tracks, Rico skirts the line between the avant-garde tonality of ambience and the more straightforward physicality of club music, with his sultry vocals acting as a central linchpin in all of the wild sonic discord. The melodies are as tall as skyscrapers, the rhythms seductive and unforgiving, but despites its highbrow design, BA$EMENT P0P may well be the most accessible pop release of the spring.

“SCOFFLAW” gets us rolling with its textured verses and swinging bass, and while it’s a stylish, although crushing, example of Rico’s command of old school grooves, it’s hardly a throwback to the archaic pop of yesteryear. There’s a lot of components to this track’s instrumental make up, but I don’t find the delivery to be rife with overwhelming urgency in the least. Dan Rico is careful never to allow his ambitions to get ahead of him in this record, and employs a conservative approach to the more indulgent material as a result. “SHI” and “DRE@M VACA$ION” sway with a pendulousness that is as gripping as any similarly stylized singles out right now, if not a bit more so.

“STAR*” and “SHI” are all about their pristine poetic draw, whereas “DRE@M VACA$ION” and “SCOFFLAW” tend to focus more on their entrancing rhythms, which are all the more potent thanks to this tightly produced master mix. While incredibly diverse both cosmetically and compositionally, I think that it’s a testament to Dan Rico’s skillset that these tracks flow together as well as they do in BA$EMENT P0P. Most of the output that we’ve heard from his peers this year hasn’t been nearly as progressive, nor as hook-laden, as any one of these songs is on its own.

BA$EMENT P0P has a phenomenal crossover appeal that makes it a worthy acquisition for anyone who appreciates a solid R&B, pop, indie rock or dance record, and that’s not something that can often – if ever – be said about an EP emerging from this label-crazy generation of creators. Dan Rico doesn’t hesitate in exploring his artistic depth in these songs, and if anything, he proves to be one of the more adept composers currently making melodic rock music here. If he’s producing this kind of magic in an extended play, one can only wonder what sort of epic tones he could forge in a full-length album.

Dan Rico’s latest release is guaranteed to leave you hungry for more material from this up and coming indie rocker this season, and if you haven’t heard his music before, this is a terrific record to get started with. The Chicago scene can always be counted upon for yielding unparalleled talent that captivates audiences who enjoy a little from both sides of the dial, and in this talented young man, the city has produced yet another hit-maker who is more than deserving of all the acclaim that he’s been receiving lately.