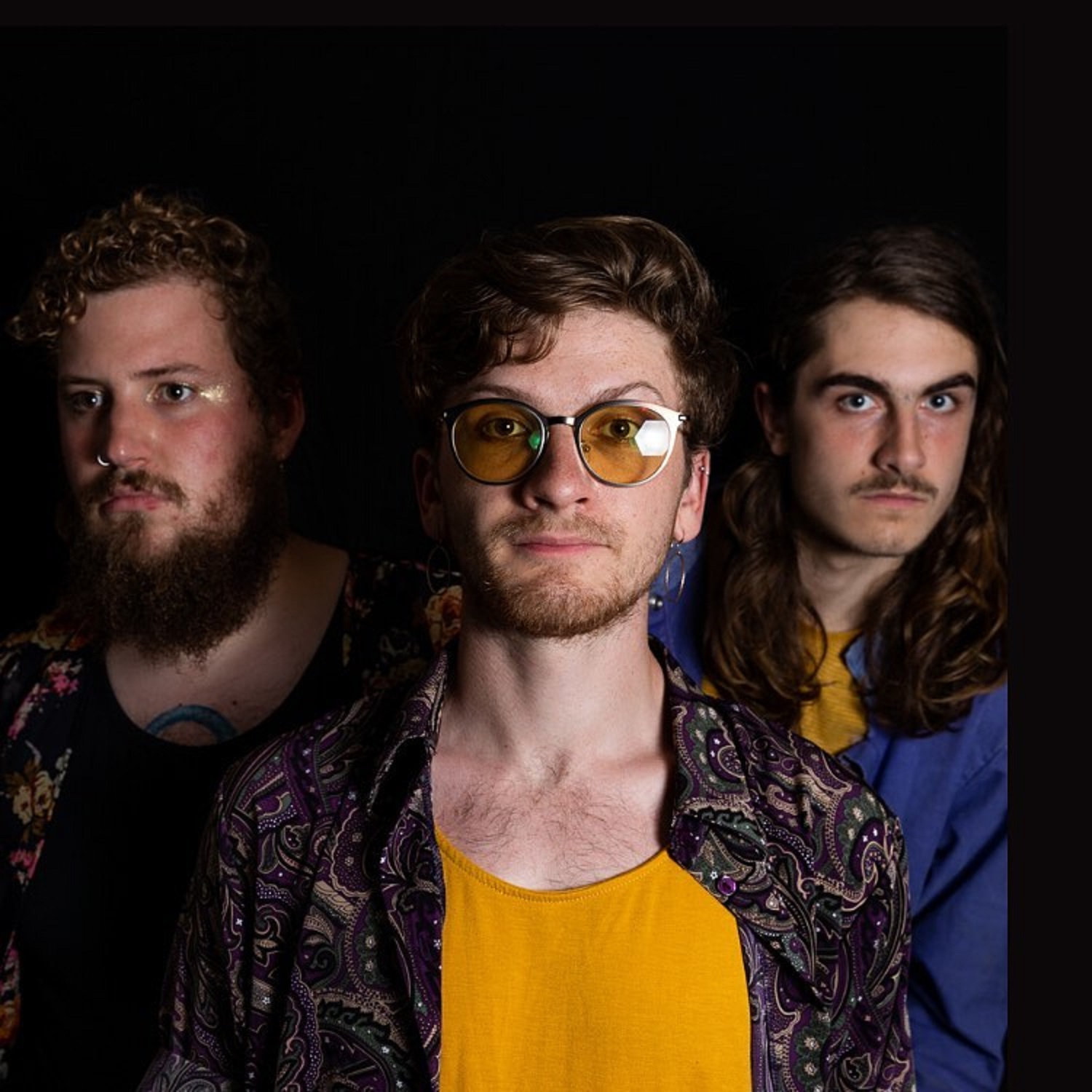 With wholesome quirkiness and playful vocals, the power trio Prince Bellerose tangle together funky undertones and an infectious chorus in their new track “Falling In”. Mature grooves imbue an exceptional listening experience, as does the palpable synergy for these Virginia rockers. Their hybrid concoction and fearless energy is something to behold – “Falling In” is from their full-length album Dark Love Songs.

Non gender conforming, Prince Bellerose stars Valentin Prince (vocals, lead guitar), Joseph Harder (drums, background vocals) and Daniel Bellerose (vocals, bass). The band’s live show has earned considerable accolades and mentions for the liveliness and instant energy with the audience. All welcoming and not concerned with limitations or labels, the same can be said for “Falling In”. The listener is immediately smitten with the bright electric guitar, up tempo and overall blended soundscapes. Something tells me I should go the mile …you reeled me in / and I took the bait, is just one lyric sampling. The Bellerose-led vocals are to be enamored; the sincere and approachability levels up against the emerging music bed purr. A sense of rustling, heavy kick drum stir it up. Bellerose’s bass is thumpy, heavier-handed than it would be if the song had a bigger band. It’s taught and against the jazzier arrangement of drumming, it shines. The lofty music is swirling its way around the vocals, like a dreamy bedroom reveal.

I-I-I’m falling in / but I’m in too deep / and I cannot swim, the chorus begs to be sung along. Bellerose sings with more grandeur. Still vulnerable and the creek in Bellerose’s voice adds yet another charm. The guitar gets a little testy, a little chunky riffs burp along. Like springing up from little pitfalls, Prince’s guitar keeps percolating. “Falling In” motions its way from a Weezer-like pop track to taking a swing at more soul and funk (the band mentions Durand Jones and the Indications as an influence, and Prince Bellerose treads into the Bloomington, Indiana band’s rich territory). Prince Bellerose bridges the soul and the golden 70s lore into their sound like the alchemists they are. I was hoping for a bit more backing vocals, but “Falling In” creates unique textures and attributes in the music bed to keep things on point. They have a working system and it feels just as loose as it does strict.

Compared to previous releases like “Orange Tree” and “Howl”, Prince Bellerose have brightened their sound. The previous tracks had a deeper bass tone and Bellerose’s voice had more sultry, fire burning. Bellerose chased the echoes a bit more in these previous tracks. In “Falling In” the vocals are just as emotive, but happier in tone. The lyrics suggest a sense of looking forward rather than falling to sentimentality. It’s a jazz/pop vibe in terms of vocals, but the music bed is consistently reflective that these sultans are ready to swat some soul, funk and jazz. It’s further proof that Prince Bellerose knows that things are happening beneath the surface and “Falling In” is just the top layer.