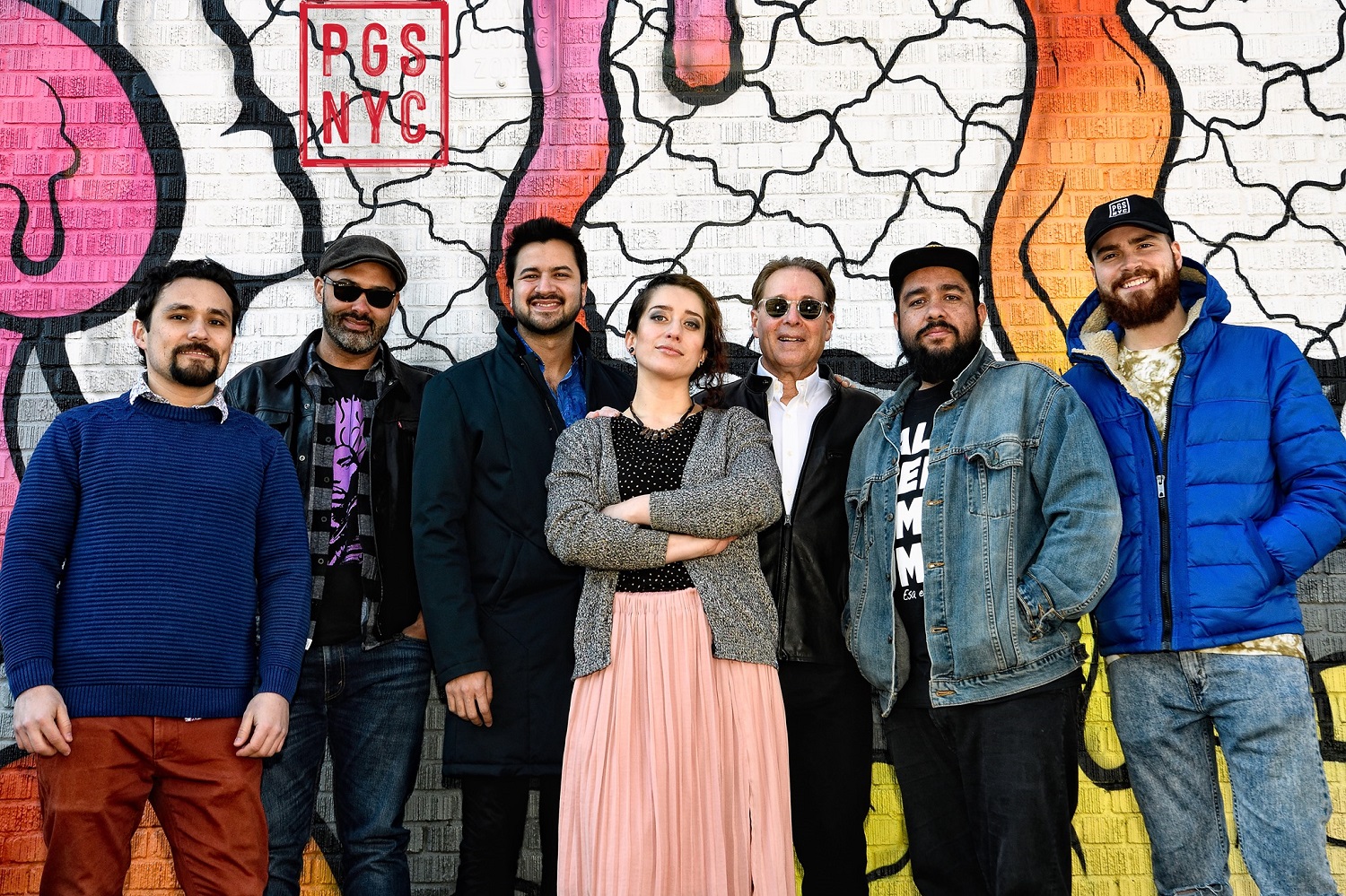 With a shimmering percussive wave to introduce us to its ultra-soft harmonies, “Constable on Patrol” slinks out of the shadows and comes into focus armed with a melodic wit that goes unmatched in indie jazz this season. As is the case with its distant tracklist neighbor, “It Don’t Matter,” “Constable on Patrol” uses rhythm and tonality as a means of advancing the emotionality of its singer – the lovely Marilyn Castillo. In both of these songs, as well as the color-saturated “The Week,” poignant folk-rocker “Stockbridge Fanfare” and all the others that are found on Project Grand Slam’s impeccable East Side Sessions LP, there aren’t any synthetic walls to come between artist and audience. There isn’t a thin layer of sonic fluff for us to look beyond, nor is there any sense of forced passion in this record. Instead, we find Robert Miller’s Project Grand Slam at their most relaxed and easygoing, distributing fusion grooves and radio-friendly crossover jams as though they were giving out smiles on a rainy afternoon. If you’ve been waiting for some solid melodicism to come around in 2020, I would say this is about as good as output in the month of May is going to get.

“Juliet Dances” immediately grabbed my attention when I first listened to East Side Sessions in preparation for this review, but not because of its fragile harmonization alone. Castillo is definitely an interesting addition to the Project Grand Slam family, and in this track, I think her vocals get the challenge from the backing band that they need to distinguish her technique from that of Ziarra Washington. “Tessa” is just as smooth and anti-rigid in construction, but hard swingers like “Hey Jake” and the reimagined Beatles cover “I Wanna Be Your Girl” demand a little extra oomph on her part (to which she answers with a stealthy assault quite different from what Washington probably would have went with). There are some songs here, like “It is a Miracle to Me” and the country-jazz mashup “The Pardners,” that are a joyfully to the left of mainstream concepts, but all in all, I wouldn’t say the core elements in East Side Sessions feels anything but tailored to audiences simply in search of fun jam collection this spring.

If the pouncing drumbeat of “I’m Falling Off of the World” doesn’t leave you desperate for more of Project Grand Slam’s trademark tones, there’s a likely chance the growl of “The One I’m Not Supposed to See,” exotic twist of “It Don’t Matter” or smoke-laden twang of “The Pardners” will. East Side Sessions isn’t quite the watershed that PGS7 was, but as the first record with Marilyn Castillo on vocals, it’s an awesome introduction to this next chapter in the band’s storied history. Robert Miller isn’t the type of bandleader to take any decision with regards to artistic direction lightly, and in East Side Sessions, he rolls the dice with a couple of new characters and winds up landing a bigger jackpot than many might have thought he could.