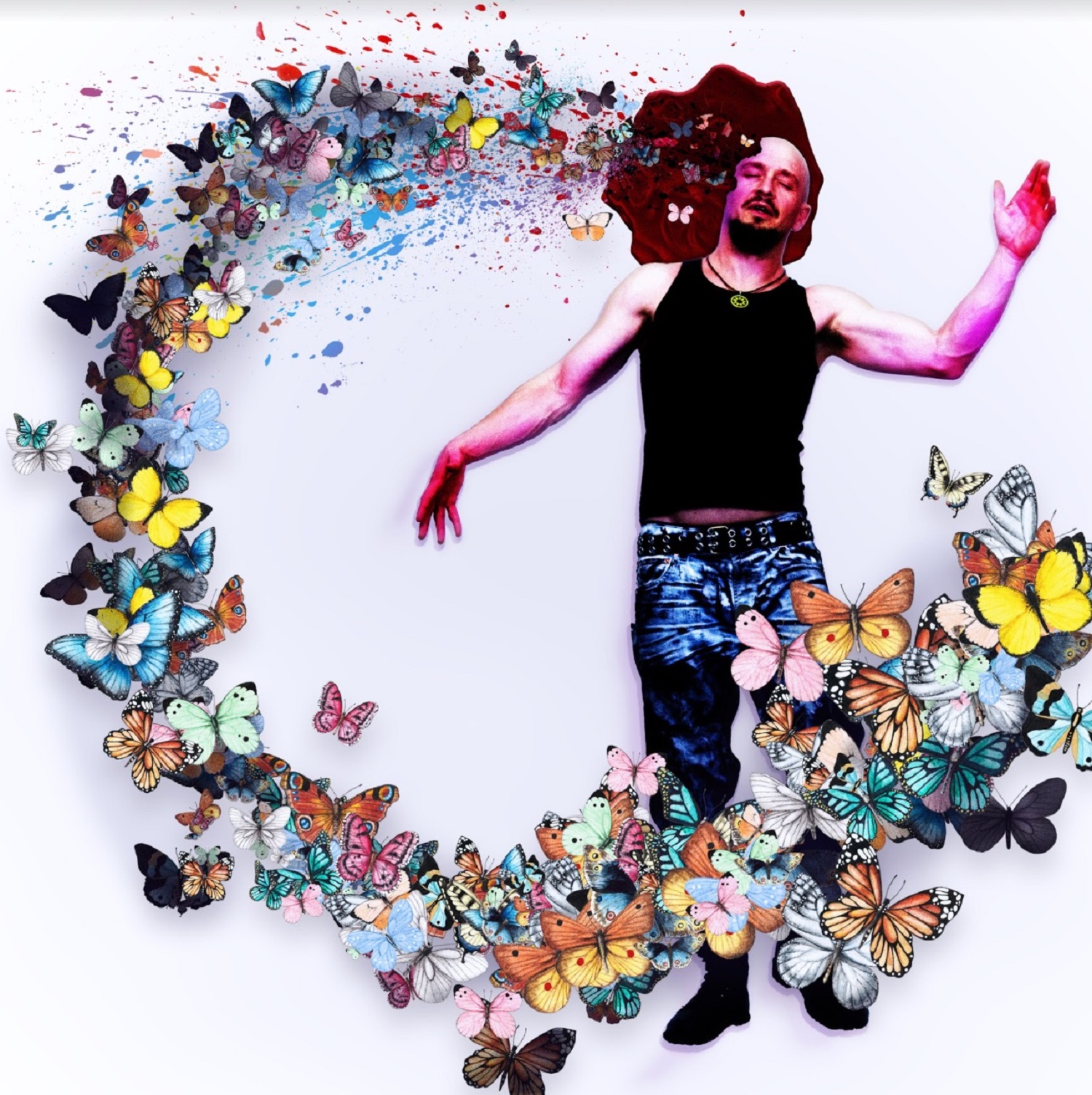 As big as a mountain but not oversized for your speakers, the riffing in Project213’s “Bleed With Who?” could blow the paint off your walls at the right volume, but for some of us, that’s what rock has been missing for far too long now. While turning up the overdrive and getting as bold and brash as possible is nothing new in the rock n’ roll genre, Project213 invites us to embrace the brawniness of music in a way the mainstream hasn’t allowed for in years – all without producing what most critics would deem a throwback to the old school.

The music video for “Bleed With Who?” is strikingly basic, but it’s because of its simplicity that the rather surreal and violent imagery it contains feels so spellbinding. Taking a cue from existentialism, abstract conceptualism and a touch of the psychedelic tones we find in the music itself, this video somehow feels harsh despite containing little animation outside of its kaleidoscopic butterflies. It takes a lot to make a big impression with something so barebones, but with this soundtrack, it’s hard to walk away from this video without a strong opinion one way or the other.

I really, really love the textured presence of the vocal and the fuzz adorning its melodicism. Not unlike the guitars, the distortion of the singing in this mix implies unmatched continuity with the instrumentation you just don’t find in a lot of mainstream pop music anymore, no matter the style in question, and it’s for this reason that I think “Bleed With Who?” could serve as an example of what rebelliousness in contemporary rock should look and sound like. Cohesiveness is essential, but so is the willingness to step away from a trend and making something wholly original and unquestionably your own.

There is an undeniably stony feel to the riffage in “Bleed With Who?” that some will likely be inclined to compare directly to the dirges of Electric Wizard, Kyuss, Monster Magnet or even the punkier Fu Manchu, but I really don’t think it’s druggy enough to tether Project213 to the mantle of old school desert rock and post-psychedelic heavy music. That familiar, Josh Homme-esque love of pure volume is very much intact here, but it’s just not the centerpiece of the music – drawing something poetic out of the noise, however, definitely is.

If you aren’t taking Boise-based rock music seriously in 2021, you clearly haven’t heard what this solo vehicle for singer/songwriter Jared Hallock has recently released in “Bleed With Who?” this past February. In the Rocky Mountain tradition, he’s serving up really heavy melodies as high as we can handle them in Project213, and I have a strong feeling this is really only a taste of what he’s going to be producing under the branding in the next few years to come. Rock needs more rebels of his style, and I think a lot of listeners are going to agree once they’ve soaked up the riffs in this track and its video.