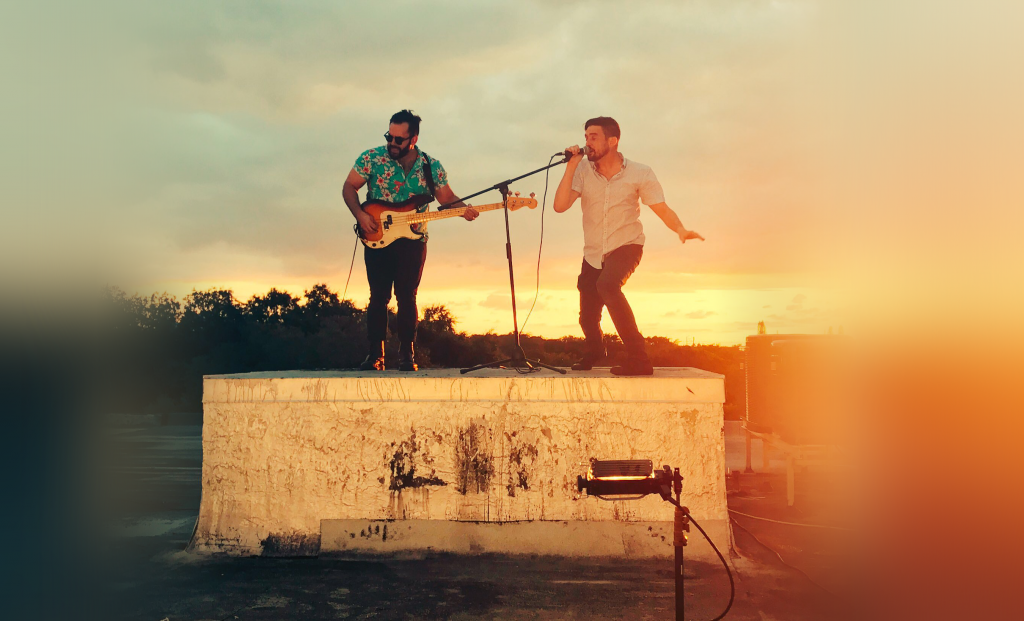 Miami’s indie rock duo RAKER released the video for their track “Gospel”, a veritable kaleidoscope of colors over scenes. Featuring dancer Giordan Cruz and directed by Kim Avendano, the video superposes the band playing in various settings with the dancer, all while playing with the coloring and saturation at different intervals.

The track’s core groove is defined by a series of looped, overlapping bass lines, with drums, guitars and synths adding color and texture to the music supporting the vocals.  “Gospel” was engineered & Mixed by Aric Meerbot. Mastering was done by Adam Matza at Magic Ears Mastering.

“Sometimes, certain people think they have more power over you than they do. These people spin lies, manipulate, try to stir and then exploit confusion. “Gospel” is about facing that, not standing idly by. The spinster in this story doesn’t win in the end,” shares Mike about the song.

RAKER was founded in Miami in 2014 by members Mike Sarasti and Andy Rodriguez, who play guitar and bass respectively. They both share songwriting and programing duties, creating a versatile, nuanced sound that features Sarasti’s vocals and Rodriguez’s melodic instrumentation. Although this single is along the lines of tropical Synth-Pop (a style that is now rising in prominence in the Miami and South Florida area), the band generally plays indie rock, with escapades into electronica and alternative soul.

Tied up with LACES in “Girlfriend”