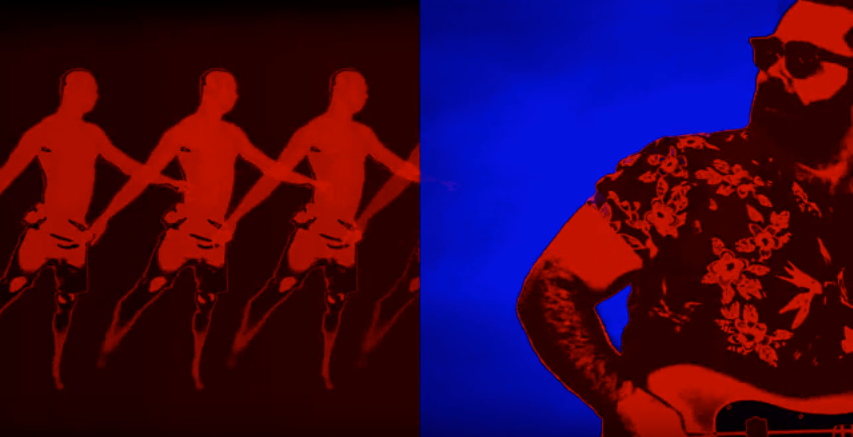 Miami’s indie rock duo RAKER are happy to announce that the video for their track “Gospel” has won the popular vote in “I’m not gonna move to LA“, a monthly film festival organized by Filmgate Miami at the popular O Cinema in Wynwood. These festivals change theme every month, and this July the topic was music videos. The crowd chose Kim Avendano,  the director of “Gospel,” by pelting her with stuffed toys (the customary voting method at these events).

The video, featuring dancer Giordan Cruz, is a veritable kaleidoscope of colors over scenes, superposing the band performing in various settings with the dancer, all while playing with the coloring and saturation at different intervals. The video also plays with duplications and other classic image modifications prominent in the 90’s.

RAKER was founded in Miami in 2014 by members Mike Sarasti and Andy Rodriguez, who play guitar and bass respectively. They both share songwriting and programing duties, creating a versatile, nuanced sound that features Sarasti’s vocals and Rodriguez’s melodic instrumentation. “Gospel” was engineered & mixed by Aric Meerbot. Mastering was done by Adam Matza at Magic Ears Mastering.

Check out the wining video!