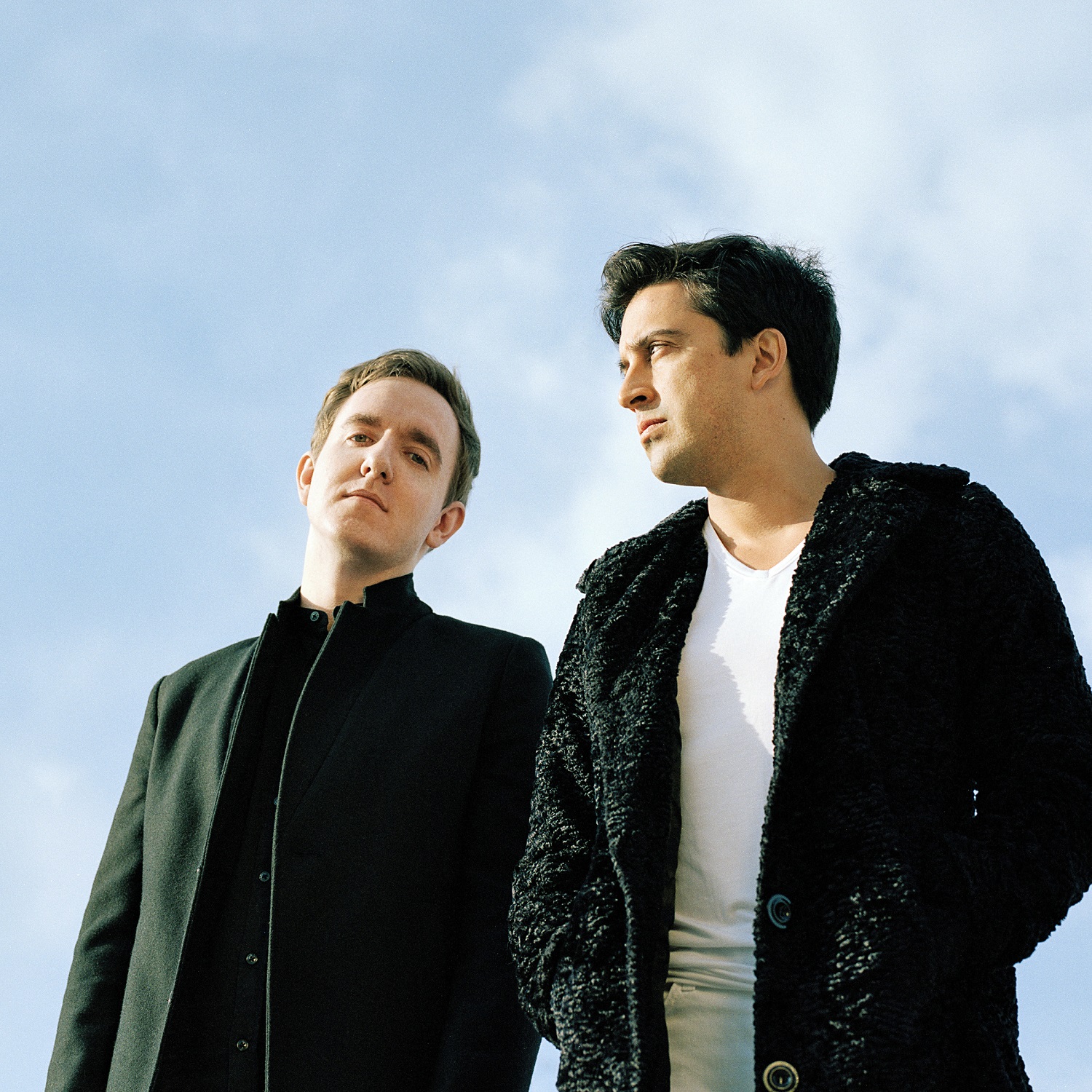 First formed in the Boston area and now based out of Brooklyn, the band RIBS, a musical brainchild of the partnership between singer and multi-instrumentalist Keith Freund and drummer Chris Oquist has garnered considerable attention since first emerging in 2009. The band has released two well received EP’s between 2009 and 2011, a full length album in 2012, and are poised to release their latest EP effort Strangers. Oquist and Freund are fortunate to play many live dates over the last few years and logged road time with significant acts like The Joy Formidable, among others, as well as opening for marquee rock acts Queens of the Stone Age. Their social media profile has widened their visibility in the modern music scene and the band’s music has even landed usage in feature films. Their latest single “1992” is another long step forward into the future for RIBS and they make it with a confident stride.

The strobe light-like stutter of electronica opening the song has a mild disorienting effect, but listeners soon find their bearings when the cut begins in earnest. A synthesizer wash comes down over a fat bass line and Oquist’s stripped down and straight ahead timekeeping. The dissonance intensifies for the choruses and thins for the verses allowing Freund’s pop song vocal talents a chance to shine above the swirl of sound. The steady pulse of this tune gives it a degree of energy as well.

It definitely has strong pop influences in both its sound and construction. Labeling the song as such and leaving it that, however, does both the band and track a disservice. This is pop with a deep pedigree in electronic music and how to use it with other live instruments and this is pop with a much more elevated sensibility than we hear from traditional “Top 40” confections. This aspires to retaining some lasting value rather than existing as an entertaining trifle soon overshadowed by the next new shiny thing.

If nothing else shines through, this does – RIBS are clearly committed to an idea of their music as art rather than filling roles as beloved entertainers and nothing more. Their previous work, for those familiar with the band, has already signaled as much, but newcomers will hear those values promoted with the same strength on the band’s new single “1992”. If the remainder of the Strangers EP matches or exceeds this creativity, the short form release promises to be one of the year’s best. They are writing, performing, and recording music informed by their own imaginations and influences but, in the end, uniquely their own – no one is really approaching this style in the same way RIBS does on the “1992” single alone. No one will. They are showing, as well, that you can breathe new life into long-standing forms just by bringing a sizable portion of yourself to whatever you create. Keith Freund and Chris Oquist have done that with this release and will hopefully keep it going for many years to come.