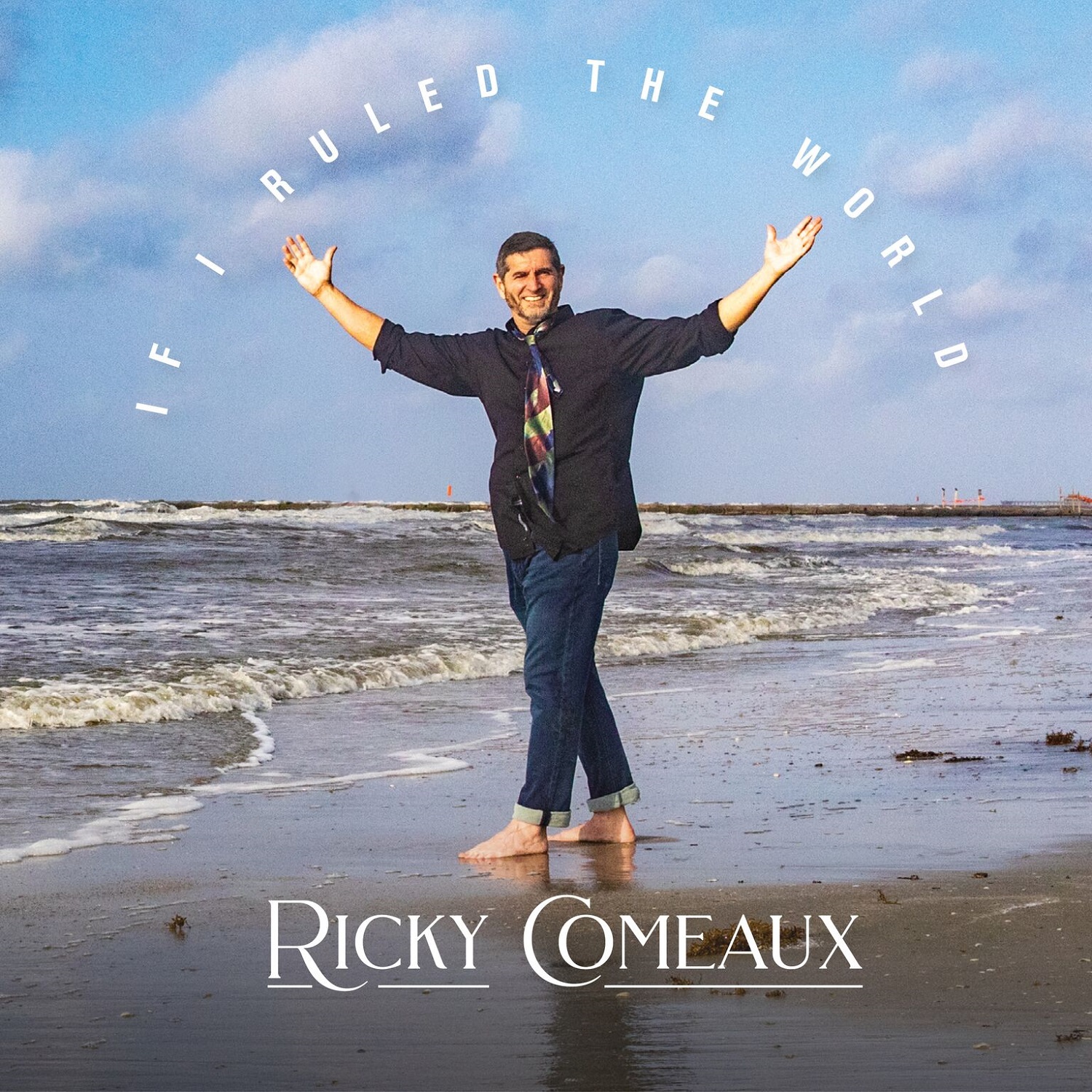 Ricky Comeaux releases If I Ruled the World

An exotic orchestra of synthetic melodies and flamboyant guitar strings washes us in sonic textures in “It’s Over.” Piano keys duel with a soft but formidably toned vocal in “Carolina In the Morning.” Profound drums lead us into the bright lights of the stage in “I Don Quixote.” As profound as any of the verses in Ricky Comeaux’s new record If I Ruled the World, the instrumentation that adorns every track with colorful expressiveness is important to appreciate in this LP, if for no other reason than to acknowledge how rare a find it is in today’s often dreary musical culture. With grandeur atop every groove, Comeaux issues a powerful set of songs in If I Ruled the World that, though not of his own making, sound as fresh as they did the first time around without question.

The aural backdrop is very intriguing in this record, but there’s no debating whether or not the real focus of all the songs in this tracklist is the lead vocal. In “Tell Me on a Sunday” and “Hallelujah,” Comeaux is balladic and approachable, while in the title track and “Since I Fell for You,” the latter of which closes out the album on a perfectly cinematic note, he’s more stately in his execution, and much less afraid to give a powerhouse backing band everything he’s got from the forefront of their playing. He’s quite an amazing singer, and if he isn’t going as hard after the verses as he possibly can here, it would come as a great surprise to me for sure.

As far as the mixing is concerned in If I Ruled the World, almost every element in the music plays a starring role at some time or another. “If” has some of the most decadent strings I’ve listened to in a record of this genre lately, and in “Theme from Kiss of the Spider Woman,” the percussion aches with an emotional sensibility that almost surpasses the serenading in a couple of important spots – all thanks to the artful handwork that’s taking place behind the soundboard. A lot of love and time was put into making all of the songs in this tracklist sting with an overwhelming physicality, and for his efforts specifically, Ricky Comeaux deserves all the credit in the world.

For those who were waiting for an epic, vocal-driven affair in 2020, Mr. Ricky Comeaux has got you covered with If I Ruled the World, which despite being devoid of any original material sports an organic finish that is hardly commonplace among cover albums (no matter what their genre happens to be). There’s something special about an artist who has the kind of talent that it takes to breathe life into material as classic as “I’ve Gotta Be Me” and “Not While I’m Around Are,” but in the case of this musician, we find a player who has the will, the wit and the wisdom to give the content at hand all of the respect that it deserves and then some.