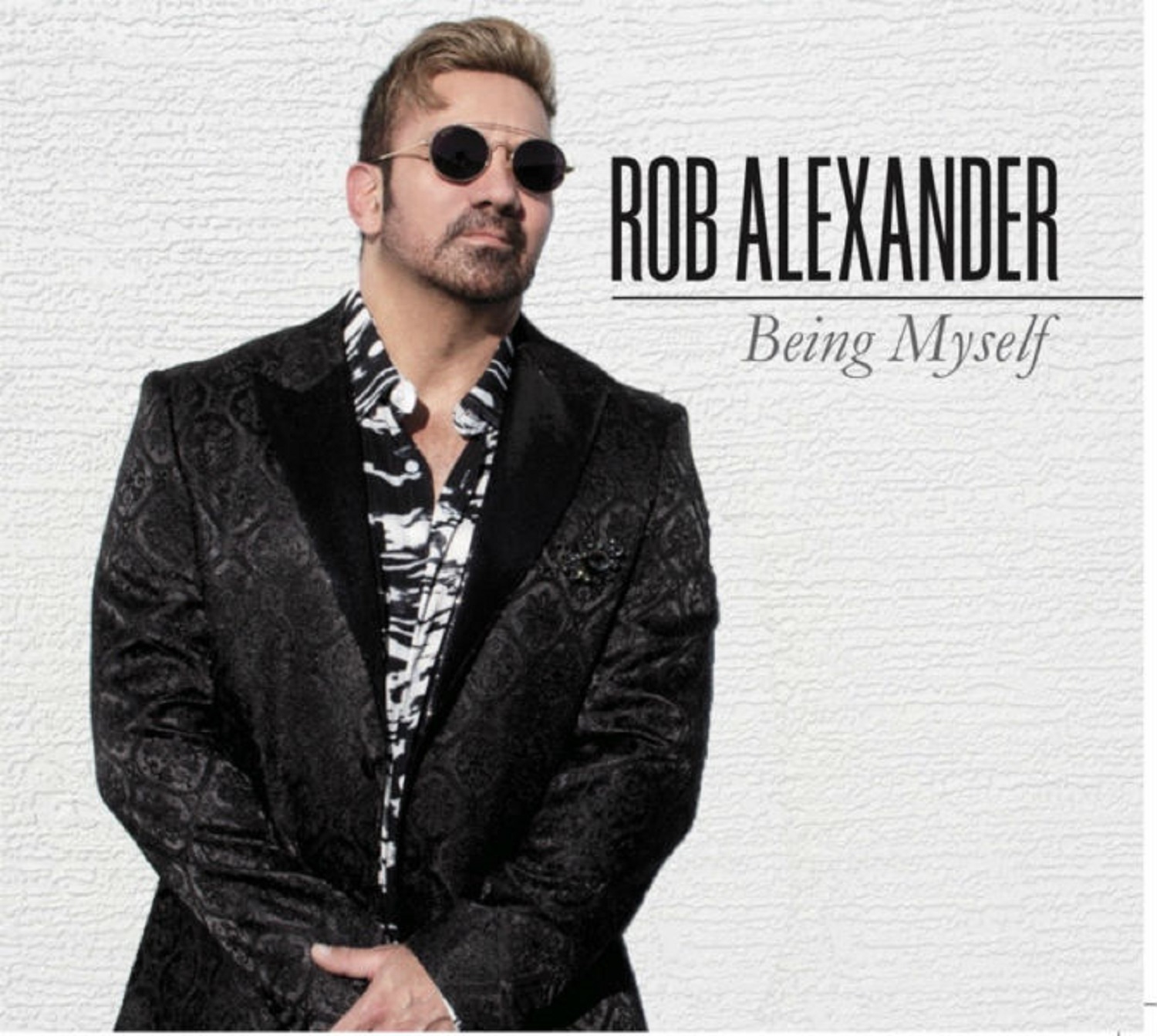 Lyrically speaking, the new single from Rob Alexander “Never Gonna Let You Go” is probably one of his most introspective so far, and along with the other songs on the new record Being Myself, it demonstrates just how willing he is to bear everything in his heart to the audience. There are moments in “Never Gonna Let You Go” where it’s hard to believe that Alexander is actually singing from within the confines of four studio walls; in its highest peaks, this track sounds like something that was recorded in an intimate night club, where its harmonies would echo into the crowd for the duration of an entire evening.

The vocal is the main focus in this single, and to some extent, everything in the background is tailored around Alexander’s passionate lyrical delivery. He has a lot to say to us here, and he’s not clouding the narrative of his words with a lot of needless enigmas or tiresome riddles – he’s grown far too comfortable being blunt with us to try something as silly as that in “Never Gonna Let You Go.” He’s relaxed in his execution, and yet every verse is as firm as a marble pillar.

For the most part, the percussion in this cut from Being Myself is really gentle and unassumingly evocative, but it definitely affects the mood of the music just as much as any of the other elements in the song do. There’s nothing here that feels out of place or simply added into the mix to make the track feel fuller or more symphonic; if anything, there’s less detail to the structure of this single than there is in a few of the other songs on the LP. It’s cut and dry, but not unbearably severe, abstract or devoid of color.

I would have liked the bass to be just a little heavier than it is in the chorus, but I suppose that I can understand why Rob Alexander went a different route with “Never Gonna Let You Go.” In keeping the low-end tones somewhat muted, there’s never any muddiness in the piano’s pristine harmony, which is really about as close to being a centerpiece as any of the lyrics are. It’s a different approach than most would take in 2019, but that’s exactly what makes Alexander’s work so fun – it’s never created in the same format as his contemporaries’, in or out of the mainstream, would be.

Longtime fans of Rob Alexander have another smashing track to add to their fall playlist in “Never Gonna Let You Go,” and for those who haven’t already done so, I think it would be quite prudent to examine his new album Being Myself as well. It’s not the first time that he’s made some quaking harmonies worth their weight in gold, but if you’re in the mood for some profoundly personal pop music of a purely indie strain, his latest LP is a tough listen to beat this November. I’m excited to hear where his sound takes him from here, and after hearing this material for yourself, I think you will be as well.