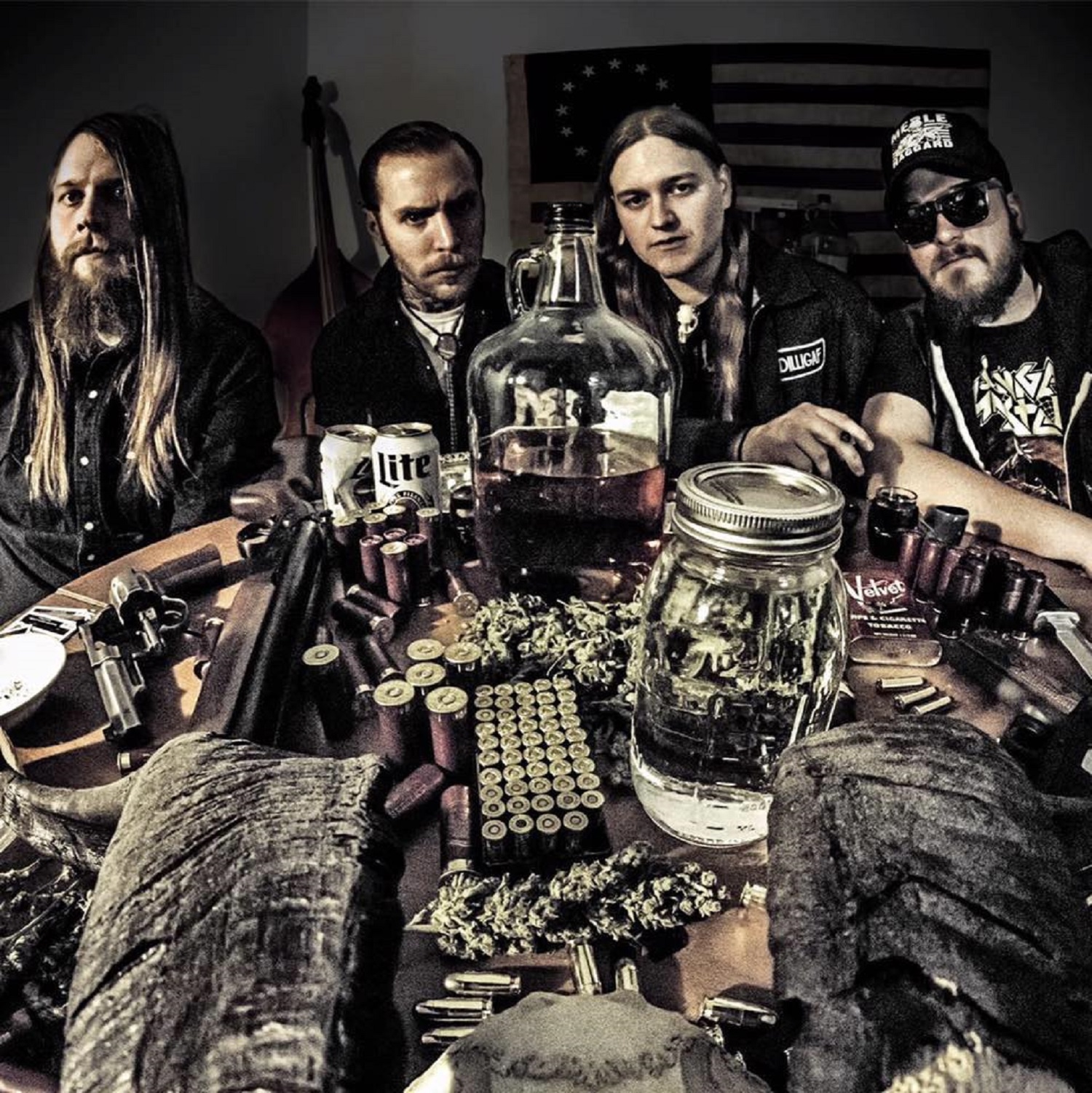 Originally from Kentucky but now Colorado based, Saddle Of Southern Darkness’ “Killbilly” is a profound classic country and heavy metal crossbreed, but then so are the band. It’s nothing new to blend these genres together but it depends on how you do it, and S.O.S.D. don’t bring a one-time thing with this single, it’s what they do in general. The brainchild of brothers, Trent and Chase Williams is a well-oiled machine with a ten-track full length LP from which “Killbilly” comes with nine other stand-out tracks which all make up for a better way to look at this band then one song can even produce.

I would actually-like to review the entire album because the band come out so much more than “Killbilly” is good for with what’s on offer across the release, but that doesn’t leave this track anywhere near the bottom of the pack either. I got a better understanding about S.O.S.D. by doing that, so it comes recommended for a number-of reasons which “Killbilly” keeps good company with. It’s dark and doomy but also musically adventurous and well produced, so there’s nothing to complain about there no matter what you cup of tea or glass of whisky.

The band draw influences from Bathory, Dissection, Grave, and traditional country artists like Hank Williams Senior, Junior, and III, George Jones, and Wayne Hancock. But there’s many others to detect if you listen closely, however, “Killbilly” is the focus and it’s more original than meets the ears. The gory scenes in the video can either throw you off their scent or keep you right where it wants you, and that’s just another way of seeing things because they put it to moving pictures. The video is always worth watching but the song needs no visuals at the end of the day.

What “Killbilly” is strongest for is the audio track and you can either take their attitude with a grain of salt or leave it, but what you can’t do is call this a bad track for all it has to offer. This is like listening to different kinds of music in a way that was more made for each other and that seems to be their whole ticket. If you look at it that way and let the song do the business you can’t deny what’s awesome about it, nor do you want to after giving it a few spins.

If you like “Killbilly” you’ll also like “Blasphemous Bill” and others, so it’s a great introduction into this dark but humourous band that mean no harm but thrive on the themes of darkness for drama and musical contrast. The vocals are a combo of classic country, ala Johnny Cash and greats like Dave Dudley, combined with bouts of low register screaming in the chorus, so you can imagine what it sounds like from that description alone. And while the video does add some cheap thrills, it’s secondary to the music of ‘Killbilly” which comes first. But if you want more excitement from the song, it does serve its purpose that way.