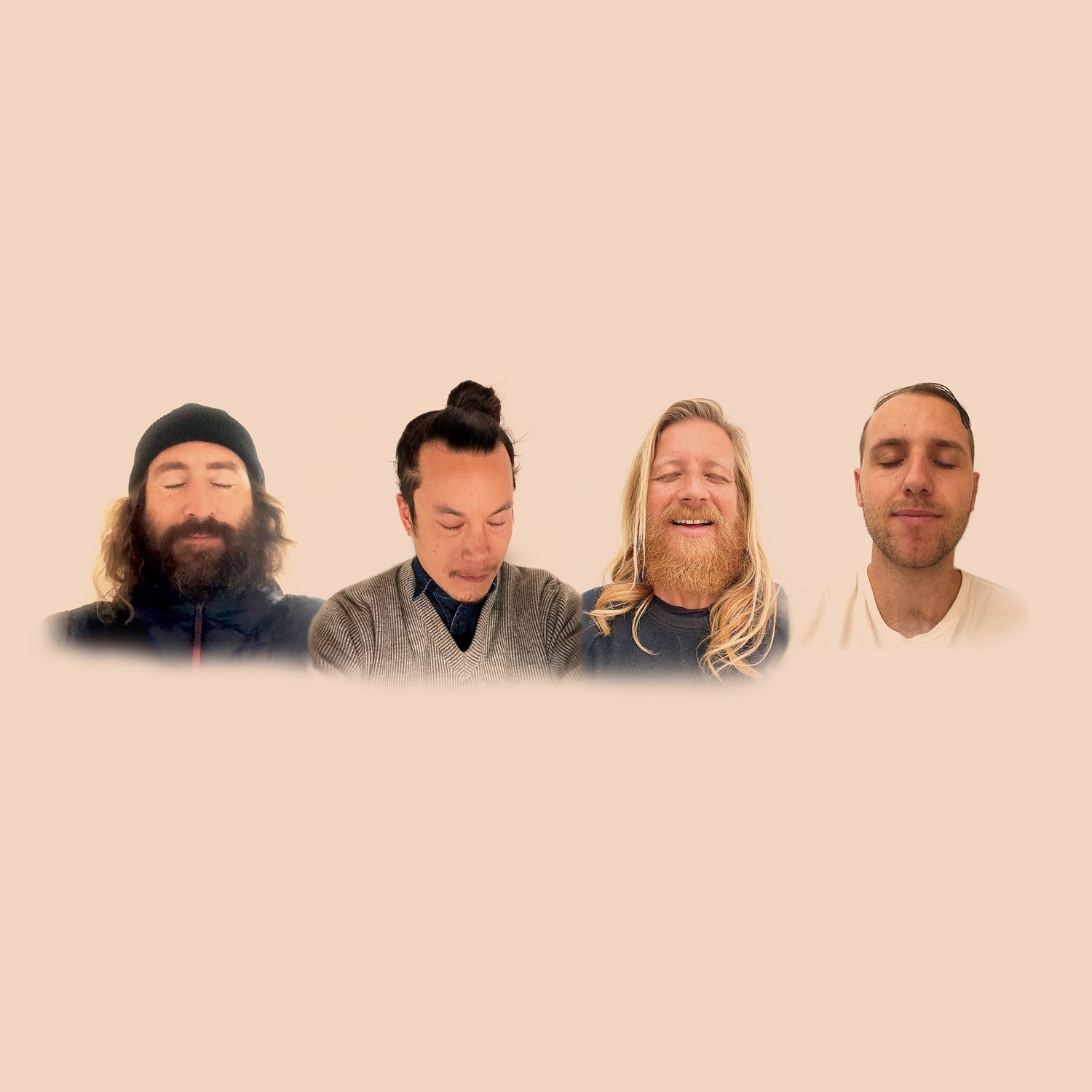 Coming together in stages as opposed to all at once in a singular, overwhelming wave of tonality, “Ghost Lake” is perhaps the most orchestral song on the new album Magic Mind by Sandy’s structurally, but I would be lying if I said it was even slightly complicated in execution. Much like its counterpart in fellow single “Sami & Sandy,” the bones of this track are based on basic concepts rooted in surf and retro psychedelia, thus leaving no room for the unpleasant theatrical attributes a lot of progressive music ends up adorned with. This is straight emotion in a fascinatingly poised performance from Sandy’s and guitarist Brett Garsed, who together make a case for cerebral songwriting in an age that has forgotten how to appreciate postmodernity.

Tone is the main link between all of the songs on Magic Mind, and this is especially true of “Sami & Sandy” and “Ghost Lake.” Though the two are constructed using entirely opposing approaches to melodicism – the latter more deliberate and tempo-influenced – they have the same harmonious center thanks to the tonal wonders ushered forth by the instruments (and, in the case of the former, vocals as well). There’s something to be said about the fluidity of these two singles as raw pop material unfiltered through much of the commercially sanctioned nonsense their contemporaries on the Billboard charts would be in 2021, and personally, I think they make it difficult to step away from the aesthetics of Sandy’s without getting excited about their upcoming LP.

“Sami & Sandy” has all the makings of an old school folk-rocker sans the forced rusticity ala alternative Americana I’ve seen only a handful of groups play with any heart in the last few years, and from this point of view, it’s a rather curious throwback piece dependent on its hook to make a memorable impression on listeners. This isn’t a problem, though, as the lyrics melt into the rhythmic sway of the acoustic guitar strumming rather effortlessly, alluding to the sort of surreal retro pop stylings we haven’t heard out of a credible indie source in over a generation now. I love the beachy, unmistakably Californian vibe of the arrangement here, and even if you’re not much for far-reach psychedelic surf harmonies, I think you’re going to see the appeal in this single.

I had heard some of the buzz coming out of Cali surrounding this band in the last couple of years, but it wasn’t until I sat down with these two fresh cuts off of Magic Mind that I started to understand why Sandy’s have been branded with so many different categorizations as they have leading up to the release of their latest LP. There are a lot of influences combining to make something quite dreamy here, and though it’s far from the druggy distortions of, say, Mykill Ziggy’s Turn Me on Dead Man, many familiar pharmaceutical rainbows form out of the misty melodic treasures in Magic Mind – the best of which, I might add, can be discovered in “Sami & Sandy” and the equally spellbinding “Ghost Lake.” Top to bottom, Alexi Glickman and Sandy’s have really raised the standard for an entire scene here.