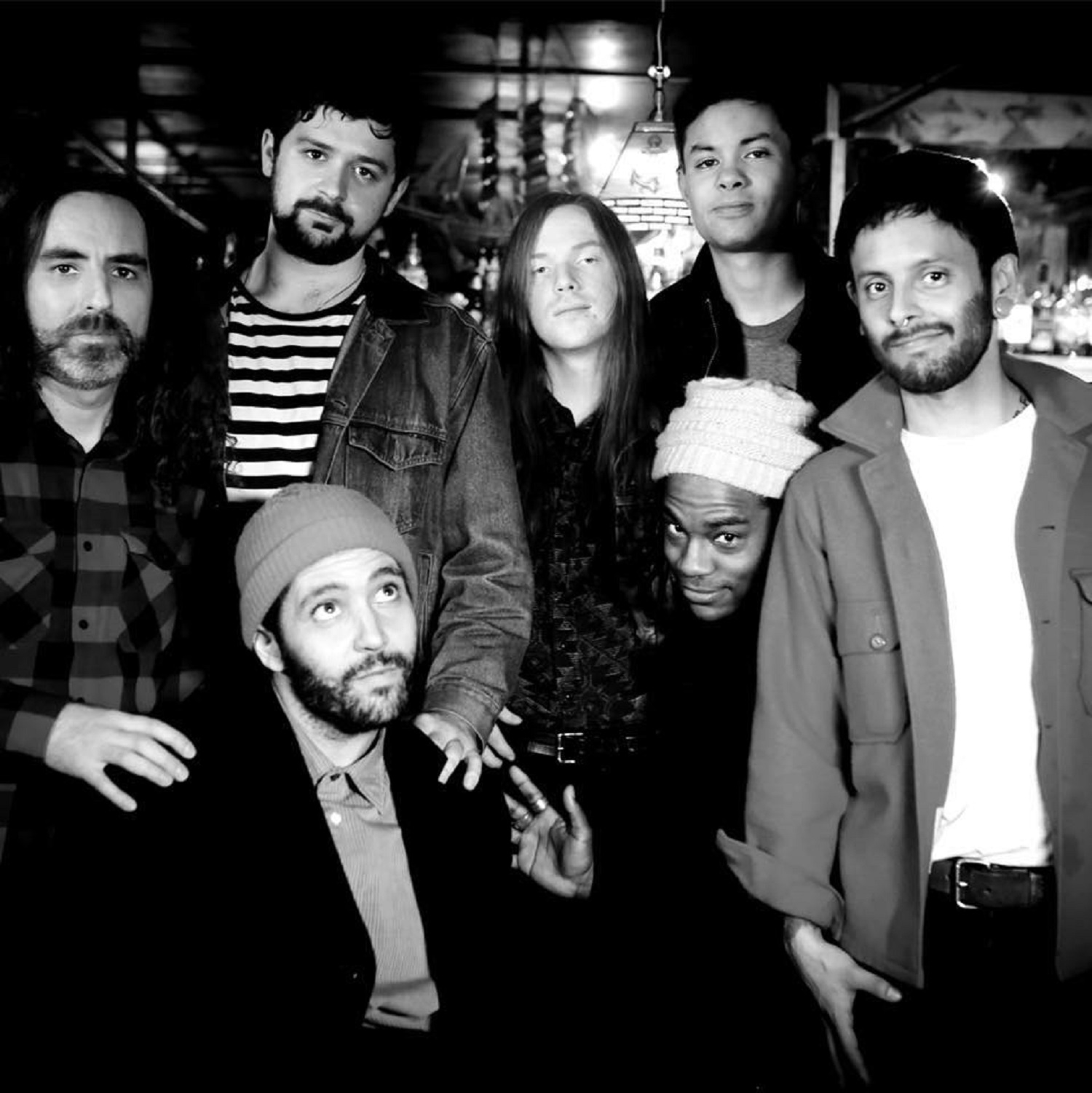 Seattle garage rockers Forest Ray lay down some incredibly cerebral melodies in their new single “What Goes Down” (from their joint release with Austin psych-rock syndicated Lasso Spells), and present us with a music video for the song that is equally as spellbinding. “What Goes Down” opens with an ominous plucking of lightly overdriven guitar strings that will slowly envelop us with their understated sonic strength. The video starts off in a cinematic fashion, complete with introductory credits and jarring, grainy visuals of the band living the rock n’ roll lifestyle amidst a backdrop of nameless venues, faceless fans and a druggy dirge in the ensuing melody that will soon crush us with its weight. One shot runs into the next as if we’re witnessing a vivid recollection within someone’s mind, and after about sixty seconds, the only stable element in the video is the glistening grooves framing the string harmonies.

There’s shades of fellow Northwesters the Screaming Trees and Green Pajamas here, but I wouldn’t call “What Goes Down” a total throwback to the proto-grunge psychedelia of a late 80’s Seattle scene. Echoing melodies emitted from warm tube amplifiers penetrate the rhythm in the drums and wrap around the bassline seamlessly.  The vocal track is glowing and radiant, and yet tortured and rife with an emotionality that is decidedly different from what the instrumentation is trying to convey to us. All of our senses are being stimulated simultaneously in this song, but we’re never overwhelmed by the intricate nuances in the grandiosity of the music.

The video for “What Goes Down” wholeheartedly feels and looks like a dream. The imagery is grainy and steeped in DIY aesthetics, yet it’s saturated in a surreal texture that isn’t that much different from what we find in the music soundtracking it. There’s a colorful balance in the tonality of the instruments that emphasizes the enigmatic qualities within the lyrics, and the visual experience that we’re treated to in the video (alongside the organic catharsis in the song) is reflective of the indulgent nature of the music without overstating the excesses in the melodies. It might sound like a complicated formula on paper, but Forest Ray manage to make it look and sound all too easy in this instance.

“What Goes Down” is reason enough to check out the split 7’’ from Lasso Spells and Forest Ray, which is out this March via Nashville’s Cold Lunch Recordings, but on its own it’s a profoundly engaging song and video combo that you really don’t want to miss out on this season. Forest Ray have been raising a lot of eyebrows around the Pacific Northwest lately with their provocative style of alternative music, and even in casual listens of this single, it’s easy to see why. I hope that I have the chance to catch them in a live setting in the near future, because if the energy that’s present in the video for “What Goes Down” translates well to the stage environment, it would make for a gig that, as a music critic, I couldn’t afford to miss.