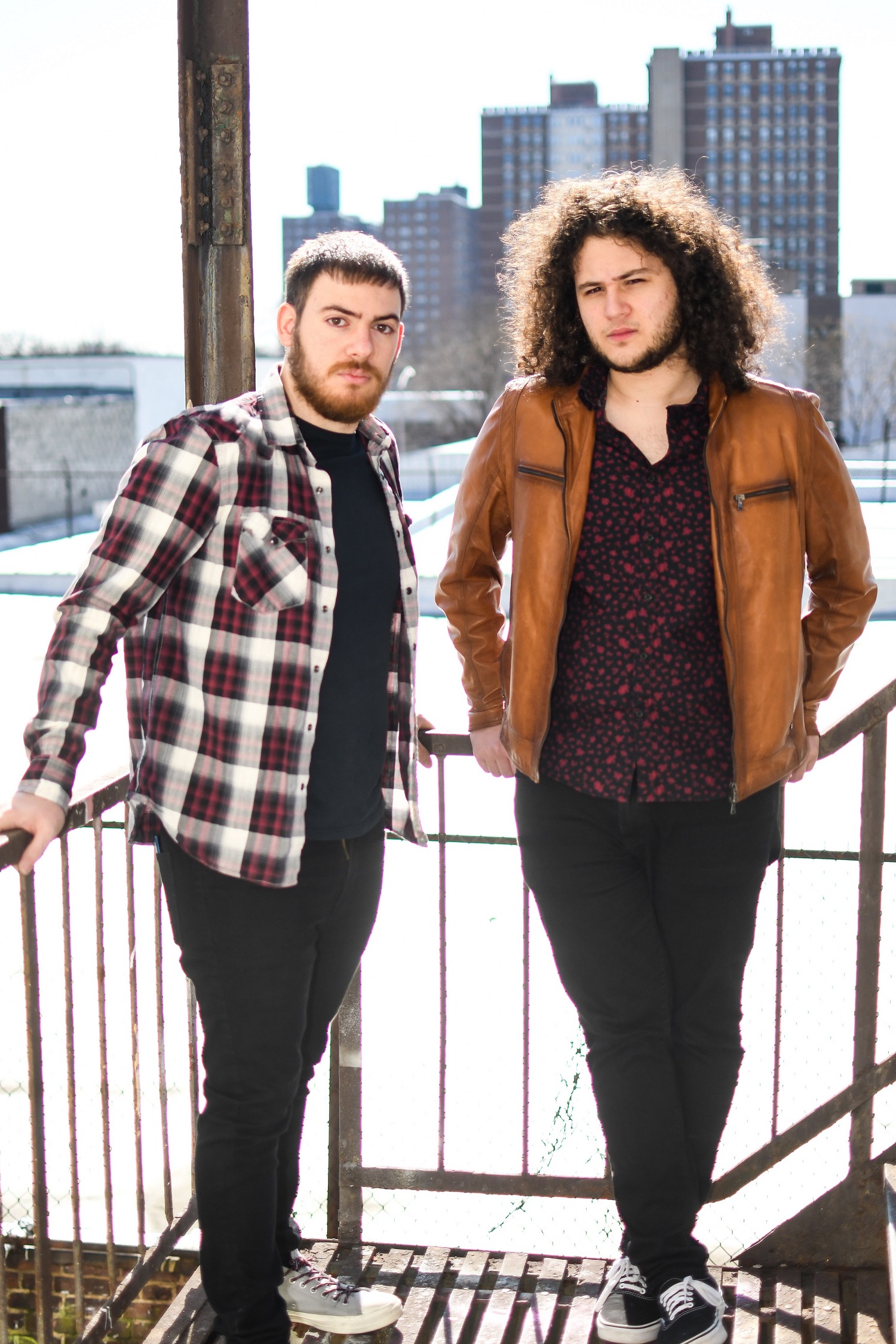 Unsuspectingly potent and capable of destroying just about anything that gets in its way, the beat in the new single “Shake! Shake! Shake!” from New Yorkers King Falcon get us into the groove of the music before we know what’s happening in the air around us. Swiftly and surely, this power-duo plies us with a ton of bluesy guitar thunder and percussive gusts that could knock you off of your feet even at moderate volumes, drawing us into the spell with the kind of talented thrust that you don’t hear on the radio quite as much as you used to. King Falcon are a two-man wrecking crew in this song, and for this being their first official release together, it’s quite the tone-setter to say the least.

Beyond the beat, the melodic elements in “Shake! Shake! Shake!” definitely feel just as heavy as any drum part we hear. The vocal is adhesively attached to the guitar, and not because of high-tech sound board manipulation, either. When King Falcon get the ball rolling in this single, it’s hard to tell where the chest-beating energy is starting and where it’s fading into the background, almost entirely because of how in-sync their play is. It’s clear that they’ve spent a lot of time rehearsing and getting as tight as a couple of musicians can be before recording their first single together, and if they haven’t, then their chemistry together in this song is simply that memorable.

The mix here seems to have been designed to create whirlpool effect as we get closer to the finish line, with the drums collapsing onto the melodic components right as it feel as though we’re about to reach an incredible fever pitch. It’s anti-cathartic to some extent, but I wouldn’t say that it leaves me feeling unsatisfied when the last note disappears into the silence. Where a lot of other bands would have probably brought us full-circle, King Falcon want us to remain on the edge of our seats long after the music has stopped playing – partly to encourage repeat listens, I would imagine. Theirs is an untried formula without debate, and if given a little more time to properly develop, I don’t see why it wouldn’t produce quite lucrative results in the future.

Debuts are never easy, no matter whether we’re talking albums, EPs or singles, but in “Shake! Shake! Shake!,” King Falcon are exhibiting their professionalism and teasing an upcoming campaign that should really be something to see. “Shake! Shake! Shake!” doesn’t try to be a demonstration of virtuosity, nor does it attempt to fill a role left behind by some other rock song released in the past few years, if not decades ago. This is a single that doesn’t think too much about what it’s supposed to sound or look like, and whether consumed in its natural or music video forms, it’s something that I think most rockers are going to find rather evocative. I hope to hear more like it soon, and I’m sure other indie enthusiasts will agree.