shows to see this weekend – too much love picks 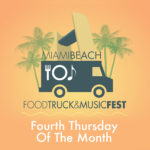 Enjoy dinner and a show at the North Beach Bandshell tonight! Combining two of the most cross-culturally important pastimes: food and music, the Bandshell is hosting another edition of their Food truck & Music Fest. This iteration will be featuring a plethora of craft food vendors, who will be at your service by 5pm, followed with performances by Miami bass/ electro-pop artist Zjolie, and indie pop outfit Jay Thomas until 9pm. The event is free, so turn up for a night of community, entertainment and good bites.  More Info

Friday, June 29th – Rock vs Noise (Ft. The Deadly Blank, Idiots on the moon and The UnCanny Reservoir) @ Churchill’s 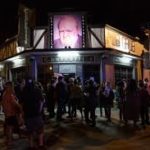 Uniting the genres since 79′, tomorrow we’ll be back at Churchill’s for a Rock vs Noise show. The two camps will be split between two stages, the rock stage – with headliners Lesser Glow (Boston), and alt-rock locals like Idiots on the moon and Elevator fight club (among others) located inside, while the noise musicians will be taking over the Black room – featuring the likes of CumScum and Male Model. The event is 18+ and starts at 8:30 pm. While tickets are $5 now at presale via Churchill’s website, the price may go up at the door so grab ’em up. More info 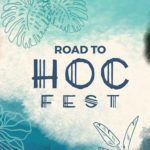 As of a few weeks ago, House of Creatives officially announced the dates for their highly anticipated music and arts festival come November. Shortly after the announcement, Mishu, the company behind HOC, launched the event page for their first warm up party which will be held at 1306 on Friday. Featuring the best of Afro-Caribbean rhythms, the line-up for the event includes Riccie Oriach, La Marimba, Vic Contreras and La Alucinante. The hosts of the fest plan on throwing a series of warm up/ pre parties and shows all the way through the run up to the Festival itself. The HOC’s festival specializes in showcasing indie artists that don’t regularly get the attention, nor stages, they deserves. The event on Friday kicks of first of many warm up parties, so check it out! doors at 10pm. More info 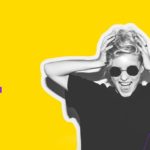 Opt for a distinctively Miami moment on Saturday by riding up to the 50th floor of the W hotel in Brickell, for W After Dark’s latest rooftop party! Hosted by Vice District, the free event (through the RVSP link via Eventbrite) promises delicious drinks, views and live music from 11:30pm – 4am. More Info 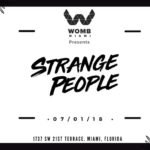 The elusive ‘members only’ underground club The Womb (Miami) will be opening its doors to the public on Sunday for their Strange People and Friends event. Featuring Michael Rosa (of Desert Hearts), Jeff Moreno (Ritmik records) Freak the Disco, and to stay true to their covert ways, a ‘secret and special guest’, the underground venue, and, as described by Co-founder Andres Belli “adult playground”, specializes in all thing after hours; and this is no exception. Known to book top dj’s without releasing their names until show time, there are definitely Berghain aspirations in a tropical setting. With very professional – but still a house party vibes, Sunday’s event looks to be another hit. The party will be kicking off at 5pm, where there will be a $20 admission fee upon entry. More Info