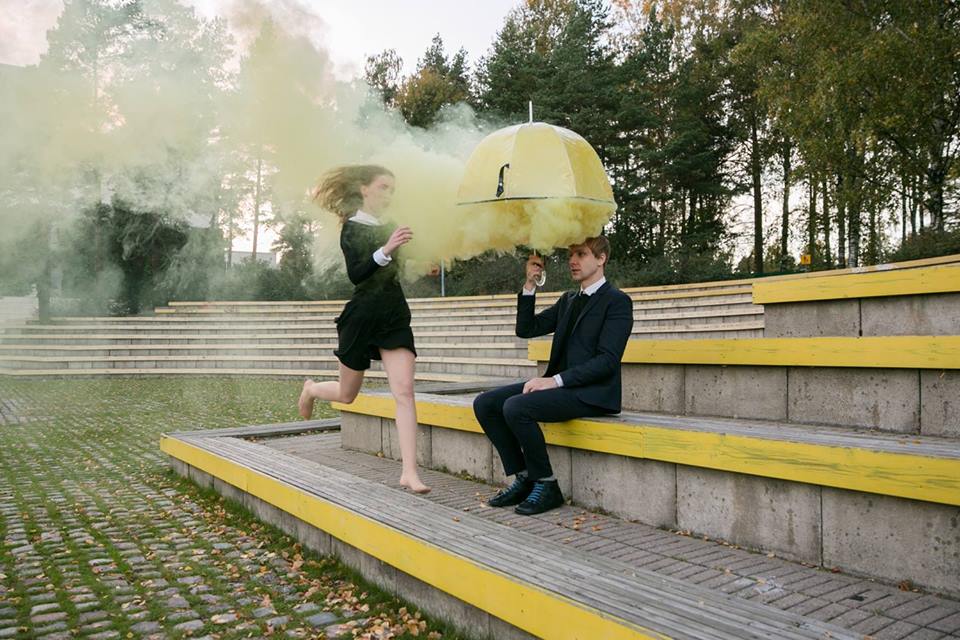 Finnish electronic outfit Since November broke into the scene wit a bang a few weeks ago with “Star System” a indie electronic track with classic piano incorporated. The end result is a dreamy, catchy, calm track that takes you away on a trip through the clouds for the duration of the track. The musical clincher for us here at Too Much Love is the vocoder effects on the vocals after about two thirds on the track in, entering just at the right moment to change it up and avoid repetition or monotony while the track remaining unchanged.

But what really makes this track a winner is the beautiful video put together for it. The video, directed and edited by Brando Louhivaara, is an ode to the old functionalist style architecture of Helsinki and stars a rising young model, Vera Ignatius. The old school techniques of filming and special effects (such as smoke coming from the inside of an umbrella) are just one of the things that make this video “visual candy”

Since November is a Helsinki based indie pop band. It is a solo project of Tomi Mäkilä, who earlier played in bands like The Crash, Magenta Skycode, Montevideo, Beacon St. Radiants. Tomi has been working on a space theme for quite some years already, struggling to find and gather the escaping shards together. Now, with the help of Jukka-Pekka Flander (drums & rhythm programming), the ensemble is taking its form.

Check out the video and show them some Love!