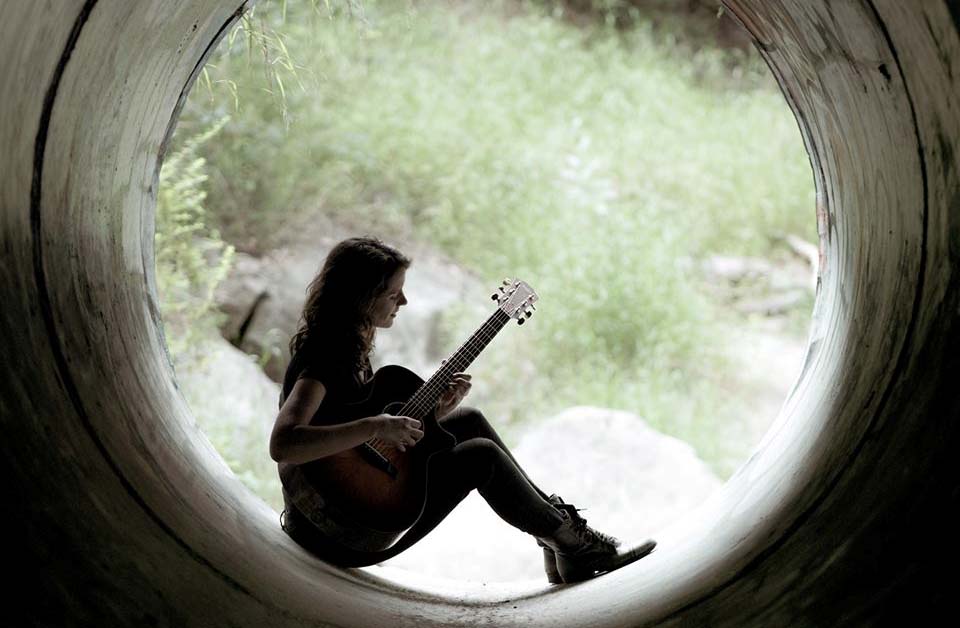 Elegantly produced by Avli Avliav and composed by lead singer Sherri Anne, Sister Speak’s The Stand starts off with “New York Sunrise,” which opens in the shadow of a stirring piano part that instantly demands our full attention from its very inception. We’re awash with black and white imagery that recalls a rainy night turning into day, the darkness seeming to hide behind the grey clouds occupying the sky above us. The sun is trying to peek through the blanket of fog, struggling to stay strong as hard as we would after a night of torturous introspection. Sherri Anne starts to sing, and as if she has discovered us sitting all alone on this New York City skyscraper watching the light try to join the day alongside us, she comes closer and wraps us up in the embrace of her warm, inviting vocal. The day might get better. It could get worse. Whatever happens next, Sherri Anne isn’t going anywhere, and she reminds us as much as the song unfolds into a free form jam.

“Fighter” comes slinking out from behind the clouds as “New York Sunrise” fades to black, and its harmonious clash of minor key sorrow and major key buoyancy makes for a gorgeously contrasting perspective on surviving life’s volatile bouts of strife. It’s an excellent aesthetical segue into the pensive, self-aware ballad “Do You Believe,” which takes a minute to get heated up, but once it reaches its climax will become quite difficult to get out of your head. Sister Speak is a band, make no mistake about it, but the spotlight is consistently pointed directly on Sherri Anne, whose singing leaves such a haunting imprint on listeners that playing any of these songs through only once is virtually impossible to do. There’s so much to analyze and examine in these songs, so many gears turning and working together to power the tour de force that The Stand really is. The title track, which also serves as the EP’s lead single, exemplifies the versatility of the band better than anything else here, while its follow-up “Walls” promises to make even the most stone cold among us melt under the heat of Sherri Anne’s rousing lyrics.

A bonus track, “Catch Me As I Fall,” which features singer Tolan Shaw sharing the mic duties with Sherri Anne, wraps up The Stand with fervor and sophistication and leaves us hungry for more, as any good closing song tends to do. I wasn’t sure what to expect when I first sat down to listen to The Stand, but it certainly wasn’t the fabulously majestic collection of material that I ended up listening to. “New York Sunrise” is an excellent candidate for breakout song of the year. I highly recommend that anyone who considers themselves keen on music give this a listen as soon as they can. This is what we mean when we talk about life-changing music.