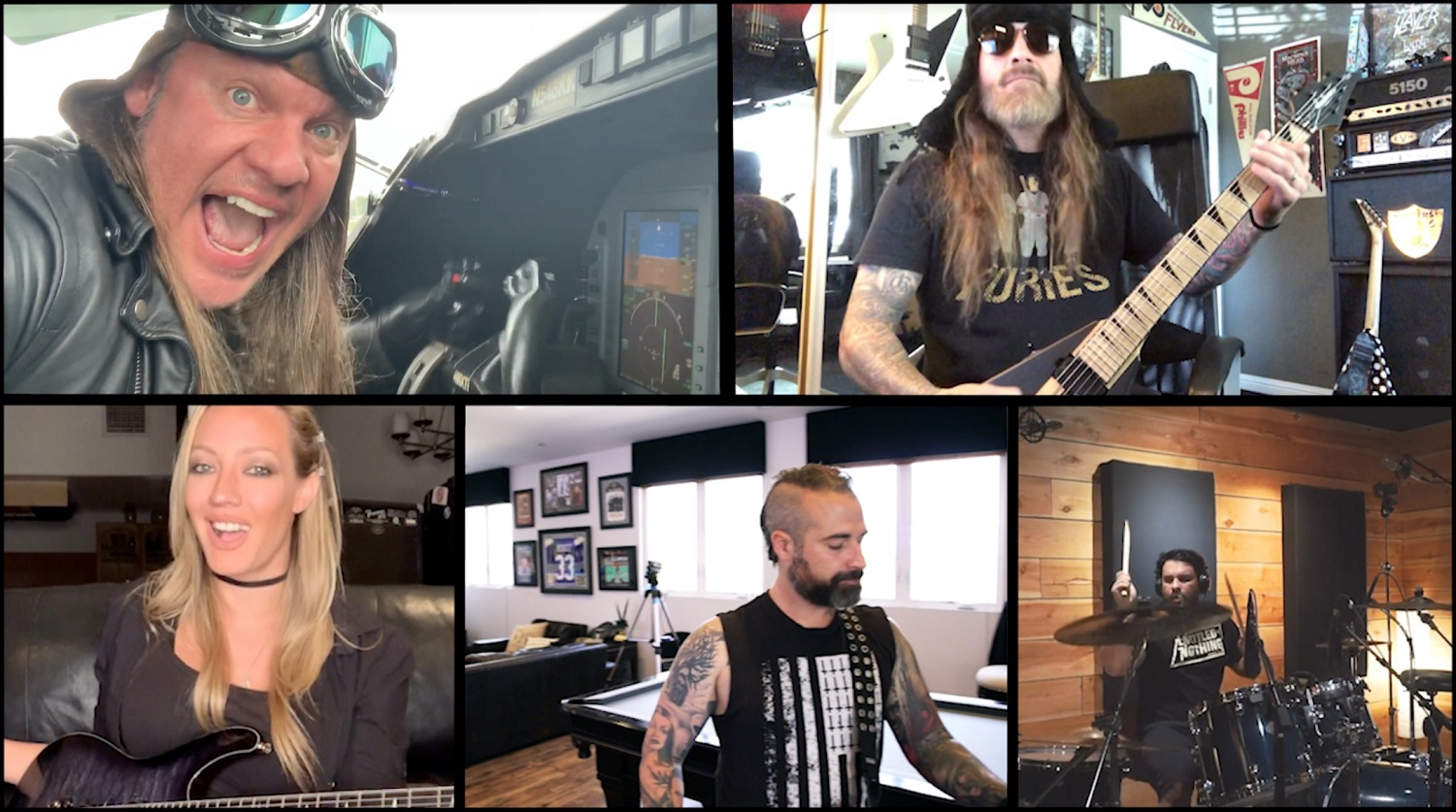 All in all, 2020 hasn’t been anything to write home about for fans of hard rock and heavy metal, but if you’re the members of the supergroup The Wheelblocks – featuring players from Alice Cooper, Vio-Lence, Avenged Sevenfold, Three 6 Mafia and Fozzy’s Chris Jericho – you aren’t about to sit idly by and let this narrative stand. The Wheelblocks break into the business of metallic magic in their debut single, a cover of the Iron Maiden staple “Aces High,” and leave in their wake a trail of distorted melodicism that is almost certain to give rock fans chills long after the music has ceased to play.

The bass part in this song is tucked away behind the drums, but for the situation, it actually works better this way. There’s already a lot of physicality coming off of the guitars, and with Chris Jericho unleashing a beastly vocal up top, I can see where a lot of bass would have made everything on the bottom sound kind of messy and unkempt. This method circumvents negative excess, which is something that has plagued even the best metal bands in the last half-century that’s passed since Black Sabbath established the genre.

Iron Maiden’s original version of “Aces High” wasn’t quite as lean a bruiser as this single is, and for this reason I’m really hesitant to even refer to The Wheelblocks’ debut as being a straight cover song. There’s a lot of these players’ individual identities sewn into the aesthetical stitching in this performance, and if it were meant to pay tribute to the composers exclusively, I actually would be surprised to hear as much emotion and raw, untreated angst in the music. Every one of these musicians sounds connected with the song, and not in the familiar fanboy way critics like myself simply detest.

Despite being from very different projects, the collaborators bringing “Aces High” to life for us this September have a chemistry that is truly amazing and quite obviously not forced at all. The music video actually puts it in perspective brilliantly – amid a pandemic, we have Chris Jericho and Phil Demmel exchanging cues with Nita Strauss and Johnny Christ, all of which sits atop Josh V’s percussive foundation. They aren’t even in the room with each other, and there’s a fire between them that bleeds into every beat, leaving us feeling as though we just witnessed a live performance by the time the song has come to an end.

Covers don’t usually do it for me, or, for that matter, the majority of discriminating audiophiles these days, but there’s something about The Wheelblocks’ version of “Aces High” that is just too intriguing to be resisted. Iron Maiden might have set the standard, but five of their more dedicated disciples are throwing some serious heat with the model they created in 2020 without recycling any of the core passion that made the first “Aces High” one of the more memorable songs on Powerslave. Simply put, I can’t wait to hear what comes next.