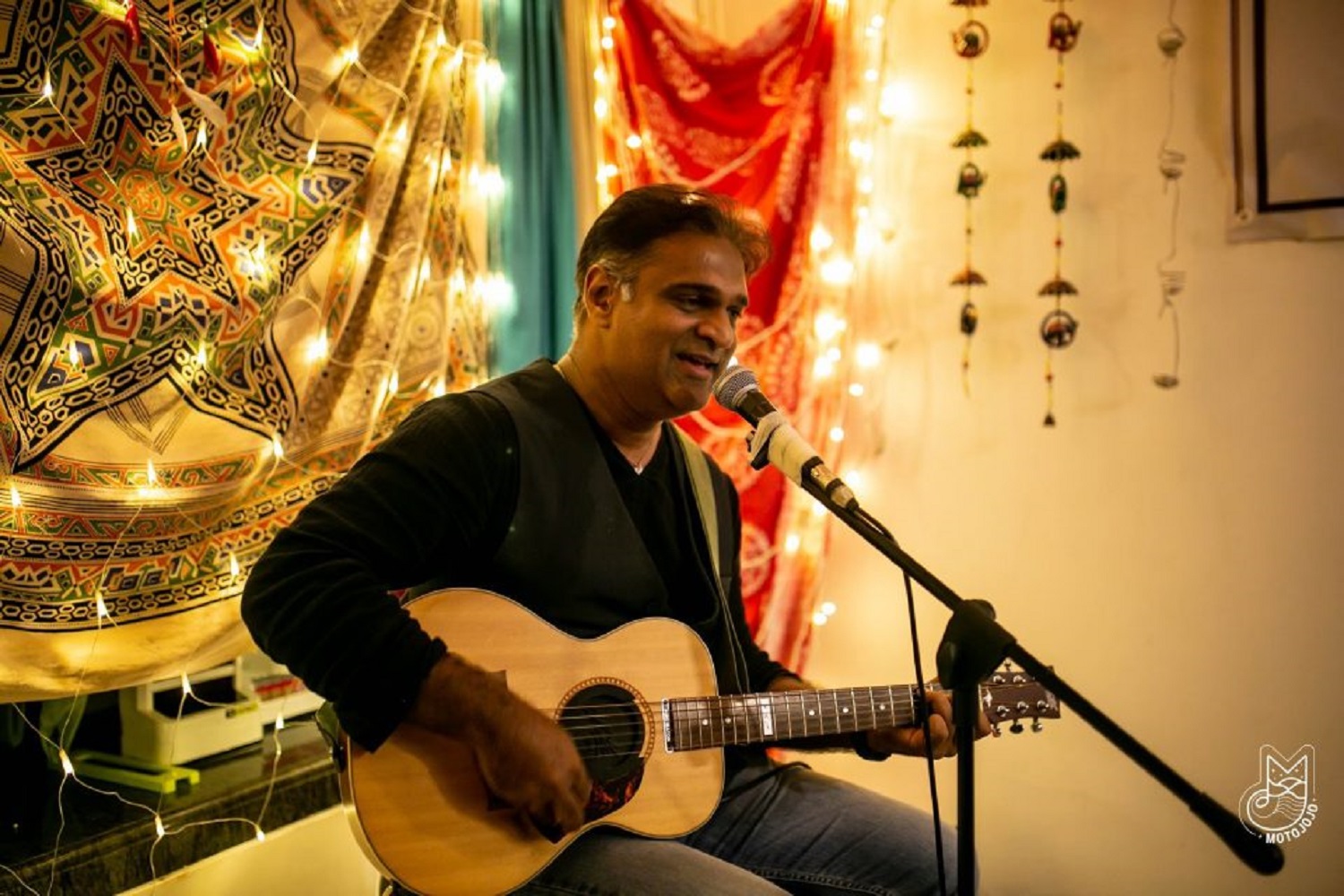 Suraj Mani has always been attuned to his listener. Prolific and poetic, this rocker singer/songwriter stood at the mic for one of India’s most popular rock bands for 11 years. Now a solo star, his greatness seems to know no bounds, as evident in his new single, “Rinse and Repeat”. As meditative and enigmatic as the circular delivery is, Mani inspires a wide range of pathways to both the mind and heart in this new, magnetic song.

I won’t allow myself to be used, I’ll trust but I won’t allow, Mani muses. He sings like a soaring eagle, who’s wings reach far and wide. Mani, the former lead singer of Motherjane is a natural vocalist. His voice is really beautiful and while he stays within a certain range in “Rinse and Repeat”, the listener is keen to his obvious octave span.

Faltering to the emotional valleys the song calls for, Mani’s pronounced delivery is an array of passionate artistry. When he sings, the listener believes him. It’s easy to ignore that there’s an acoustic guitar music bed playing beneath his buoyant voice. By the time he gets to the second we won’t allow ourselves to be used, Mani has created a new mantra. The guitar gently follows his lead, matching the drama and more emotional moments just the same.

It’s true, “Rinse and Repeat” has repetitious lyrical tendencies. Mani expands each line to fit his eagle-wings; it’s a landscape of epic proportions. All the while he’s repeating the chorus, his voice begins to transcend into a whole new stratosphere. He has grace. It’s almost too cheap for me to call the song’s chorus a ‘chorus’. It’s bigger than this and his rinse and repeat pierces the heart with a gentle touch. After a few listens, my mind wandered to the 1999 hit “Desert Rose” from Sting and Algerian vocalist Cheb Mami. Both songs transport the listener to another worldview, from which another lens to view love and relationships. Mani’s voice holds a sacredness…like Mami that can’t be duplicated. It’s worth nothing, too, that up until the very end of the song, as the listener waits with bated breath, Mani stretches out the last repeat, only to finish the song with a heavy exhale.

What is Mani singing about? I think it changed for me with each listen. Yoga practitioners might agree that cleansing breaths are the key to the movements – listening to one’s body. I think “Rinse and Repeat” is part of Mani’s daily ritual and his morning affirmation. After I wrote that, I changed my mind. I think “Rinse and Repeat” is about the connection between Mother Earth and her trust in humankind to take care of the land, only to discover that each generation breaks the covenant. Mani is writing a love letter and pleading for Mother Earth’s forgiveness and clarity. Either story worked for me. I’m positive that Mani’s voice will tattoo itself to the listener’s soul. “Rinse and Repeat” is a canvass worthy of Mani’s voice pallet.

The music of SURAJ MANI has been heard all over the world in partnership with the radio plugging services offered by Musik and Film Radio Promotions Division.  Learn more https://musikandfilm.com